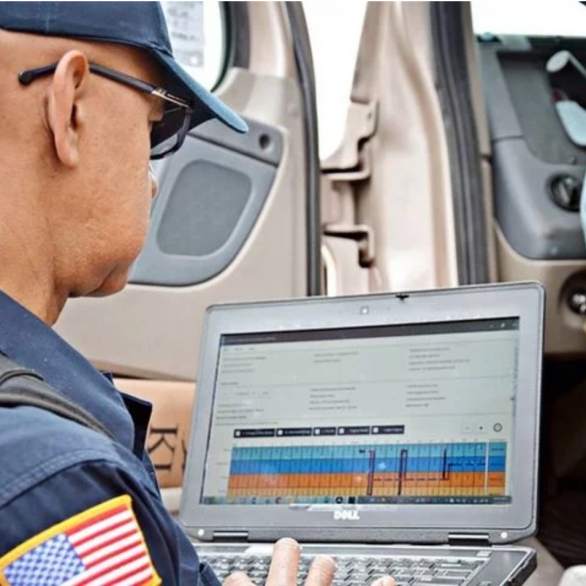 As of Dec. 17, 2019, most motor carriers are required by federal law to use electronic logging devices, or ELDs, to track driver hours of service. Whether you’ve waited until the last minute to flip the switch or you’re already running ELDs, here are some things you need to keep in mind to avoid citations, bad CSA scores, or unsatisfactory safety ratings.

The Commercial Vehicle Safety Alliance recently confirmed that there will be no period of “soft enforcement” after Dec. 16. That’s when the two-year grace period to transition from automatic onboard electronic recording devices to ELDs ends.

“The large fleets are all done by this point – which is good because their deployments tend to take months,” said Brian McCoy, vice president, MiX Telematics North America., a provider of ELDs “In recent months, we’ve been hearing mostly from small- and medium-sized fleets who need to comply and are racing to the finish.”

“At this point, fleets who haven’t started their transition to ELDs have little hope of making the deadline if they want to do a proper evaluation of providers to ensure compliance,” said MiX’s McCoy. “But that doesn’t mean they shouldn’t get started. Every day they are on the road and out of compliance, they are at risk of FMCSA fines, which have big CSA score implications. I tell fleet managers, ‘The best time to get started with ELD compliance was yesterday. The second-best time is today.’ They really should not wait another day.”

“Unlike paper and electronic logs, the differences between compliant ELDs and other onboard recorders aren’t necessarily apparent,” said Doug Schrier, vice president of product and innovation at Transflo, which provides ELDs and mobile business-management technology. “As the deadline for full ELD compliance nears, it’s important to make sure you’re using a device that meets all the requirements.”

The Federal Motor Carrier Safety Administration maintains a list of self-certified and registered devices at csa.fmcsa.dot.gov/ELD/List. Make sure your ELD is on it, including the device name, model number, and important details such data transfer methods, where to download the user manual, and the ELD supplier’s certifying statement, recommends Transflo.

However, just because a device is on the list does not mean it’s actually going to perform as required, said John Seidl, vice president of risk services for Reliance Partners, where he provides DOT transportation consulting.

“Are there systems out there that do not meet the ELD mandate? The answer is yes,” he said, and he has worked with clients who have had problems, even with well-known vendors.

3.  Look for more than hardware

Beyond the device, it’s vital, especially if you’ve waited until the last minute, to make sure you have technical support and training.

“There are dozens of ELDs on the FMCSA’s list of registered devices, and they all have to produce the same basic set of data,” said Transflo’s Schrier. “The difference among vendors is in service, support, and your ability to use that data to run your business.”

4. Make sure the ELD can be read by enforcement personnel

The ELD rules require that a safety official be able to read the display without having to enter the vehicle. If the ELD uses a mobile device, the driver doesn’t have to hand it to the inspector; he can handle it on the inspector’s behalf as long as the display is visible, according to Transflo.

But that doesn’t mean with the inspector standing on the truck step.

“At first FMSA said as long as the screen is big enough to be viewed from outside the cab, it was fine,” Seidl explained. “Now they want the official to be able to see it with boots on the ground. Some companies need to get these things tethered, or they may start seeing violations for ELDs not being viewable.”

5. Make sure drivers know how to use the ELD software

If you’re using the same device but simply changing the software from AOBRD to ELD, keep in mind that there may be minor changes in how drivers navigate the device when you. Make that software upgrade.

“Drivers need to know how to navigate the system,” Seidl says. That also includes entering the driver’s trailer number and bill of lading, unless your ELD device is integrated with a dispatching system that auto-populates that data for you in the ELD.

Under the AOBRD rules, submitting the log to the company at the end of the day mean the same thing as certifying it, Seidl explained. Not so with ELDs. Drivers must certify their logs as true and accurate at the end of each day, just as they had to sign paper logs. Some devices automatically prompt drivers when they log out to certify their logs; others don’t. If a driver hasn’t certified his logs, then logs in the next day and starts driving, he or she is now in violation.

That can become a serious problem for a motor carrier during a compliance review, Seidl noted. If a driver has submitted their logs but never certified them, he pointed out, “It is a critical violation if you don’t submit your logs in 13 days to the motor carrier.” If they’re not certified, a compliance review could treat those the same as not having submitted logs at all and hand the carrier a conditional safety rating.

7. Train drivers how to do a data transfer

“Some AOBRDs had a way to send the logs as a PDF, but that’s not the same thing,” Seidl explained. “Data transfer is downloaded to the ERODS software so the officer can see the logs in his squad car.” That software translates the ELD data into a consistent format the officer can read and automatically flags violations.

8. Have the right documentation in the cab

If you’ve done the software update to turn your AOBRD into an ELD but haven’t replaced the driver instruction card, you could get hit with three points on your CSA score.

AOBRD rules required a single instruction card explaining how to operate the device. If a driver couldn’t produce it, that was one CSA point. Under the ELD rules, there are three different instruction documents required (although many vendors combine them all into a single document). If the driver can’t produce that card, it’s a point for each one of the missing pieces:

The rules do allow these to be available electronically on the ELD. However, the driver must know how to access them – and if the ELD is malfunctioning to the point where those can’t be pulled up, that’s not going to do the driver much good if the device is on the fritz to have the malfunction instructions on the device itself.

You also have to keep eight days’ worth of blank paper logs in the cab in case of a malfunction.

9. Know what to do in case of a malfunction

Another difference between an AOBRD and ELD is the rules in case it doesn’t work right.

Under the previous AOBRD rule, Seidl said, it was unclear when paper logs would be required in case of a “sensor failure.”

The ELD rules refer to both malfunctions and data diagnostic events, Seidl said.

“Data diagnostic events are those things where the device isn’t working 100% right, but it doesn’t rise to the level of a malfunction. These can be corrected based on how the vendor and motor carrier decide to but they don’t require paper logs.”

If the ELD malfunctions, the device must by law notify drivers – which means that notice of malfunction is also clear to any enforcement official who looks at the logs.

Drivers must use paper logs for the period of malfunction. Drivers need to notify their carrier immediately, and the fleet has eight days to repair the malfunction or get an extension from the state division administrator where the trucking company is based. Failure to get an extension or repair the ELD in eight days can be cited as an “inappropriate method of logging.”

In case of a malfunction, drivers not only need to start keeping paper logs but also have the last seven days of logs in their possession. That could be via access in the ELD device, depending on the malfunction; a copy of the logs from the home office records; or through reconstructing their paper logs for the seven days before the malfunction.

There are a few areas where we commonly see misconceptions among drivers on the ELD rules, according to John Seidl:

• No, you can’t drive 2 mph to avoid being in driving mode. Under the AOBRD rules, some vendors allowed motor carriers to select the distance and speed that would trigger the device to start tracking hours in driving status. The ELD rules, however, require driving status once the vehicle reaches 5 mph. “The only way to get around that is by using personal conveyance or yard move,” Seidl explained. But that doesn’t mean you can drive around at 2 mph to avoid being counted on-duty. “Just because it doesn’t automatically switch you doesn’t mean it’s legal.”

• Unidentified drive time. If a driver forgets to log out at the end of his day, and the next day someone else is operating the truck, the ELD will ask the new driver if that previous trip is his or hers. “They need to understand when they should decline it and when they should accept it,” Seidl said. A common example is going to be with technicians who are test driving the truck in the shop. If a mechanic did not log his test drive of the truck, and the driver gets in the next day after it’s fixed, he or she will need to decline that trip. Otherwise, that mechanic’s drive time is going to be on the driver’s logbook. The back office will have to annotate any unidentified trips or assign them. “You cannot leave an unidentified trip just sitting there in the reporting system,” Seidl said. “It’s a violation under a compliance review.”

• Edits and annotations. Drivers and back-office staff both need training here. With AOBRDs, motor carriers could edit drivers’ logs, Seidl explained. “Now all they can do is make a suggestion to edit; the driver has to accept or decline that edit. It will not be in his logbook until he agrees.”

There are hundreds of ELDs on the FMCSA’s self-certified list. Seidl has worked with clients that have had unfavorable compliance reviews because neither the enforcement official nor the company really understood their own ELD system.

In one example, the ELD provider was unable to provide a required report showing the system pinged location at least hourly. It turned out that the information was right there in the actual logs. But that wasn’t discovered until after the company had paid an $11,000 fine, which Seidl, in his role as a consultant, is working with the company to get returned.

“That’s just one example. I can go on and on with examples where the investigator may determine your system isn’t legit because you didn’t know it.

“The investigator can’t know every little caveat of the hundreds of systems,” he added. “You only have one. Who’s the one who should know?”