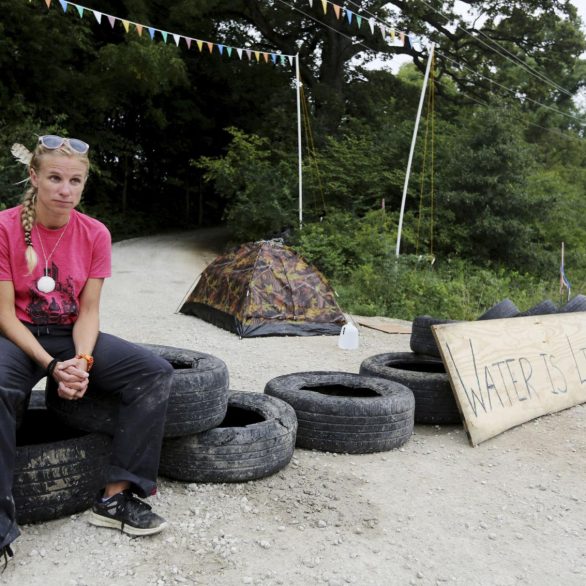 DES MOINES, Iowa (AP) — Two women accused of damaging valves and setting fire to construction equipment along an oil pipeline that crosses Iowa and three other states have been indicted on federal charges in the case, federal prosecutors said Tuesday.

A grand jury on Sept. 19 indicted Jessica Reznicek and Ruby Montoya, both of Des Moines, on nine counts each, U.S. Attorney for Iowa Marc Krickbaum said in a news release. The two face federal charges of conspiracy to damage an energy facility, four counts of use of fire in the commission of a felony, and four counts of malicious use of fire.

The women are accused of damaging the valves and setting fire to earth-moving equipment at different times from 2016 into 2017. That includes machinery found extensively damaged by fire in August 2016 located at three oil pipeline construction sites in central Iowa near Newton, Reasnor and Oskaloosa.

If convicted, Reznicek and Montoya each face decades in prison.

The women released a statement in 2017 claiming they had burned construction machinery, cut through pipe valves with a torch and set fires with gasoline, rags and tires along the Dakota Access pipeline route. The $3.8 billion pipeline crosses North Dakota, South Dakota, Iowa and Illinois.

Krickbaum said Montoya was recently arrested in Arizona and is being detained pending court proceedings to determine her appearance in Iowa. Reznicek appeared Tuesday in a Des Moines federal court and was conditionally released pending trial, which is currently scheduled for Dec. 2.

It was not clear whether the women yet have attorneys. Publicly-listed phone numbers for the women could not be found on Tuesday.