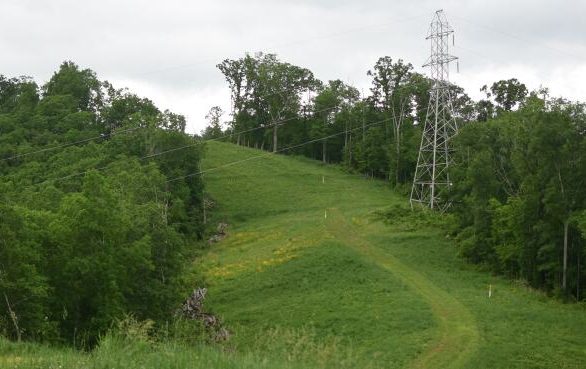 Environmental groups asked the Fourth Circuit during oral arguments Tuesday to toss a key water permit for the Mountain Valley Pipeline, which would lead to even more delays for the $6.2 billion project that developers aim to resume constructing this summer.

The Sierra Club, Appalachian Voices, and eight other conservation groups sued the Virginia State Water Control Board, alleging that its approval of a state water protection permit and water quality certification violated the Clean Water Act.

Derek Teaney of Appalachian Mountain Advocates, arguing on behalf of the conservation groups, told judges that the state failed to consider practicable alternatives for the stream crossings and disregarded expert critical commentary—rendering the certification arbitrary and capricious.

Virginia said in its brief that it far exceeded the requirements of federal and state law in its rigorous review of the pipeline, and that it imposed “the most stringent set of conditions” the state has ever required for this type of project.

Erika Maley from the Virginia Attorney General’s Office pushed back against environmental groups’ argument that the state refused to evaluate MVP’s proposed crossing locations. Virginia law prohibits it from evaluating alternative crossing locations if it alters the siting determination made by the Federal Energy Regulatory Commission, Maley said.

“It’s not possible for the agencies to require a change in a location of one crossing without that impacting the location of the pipeline elsewhere,” Maley said, explaining that this shifts the environmental impacts or even worsens them.

“Wasn’t there some independent analysis required?” Chief Judge Roger L. Gregory of the US Court of Appeals for the Fourth Circuit asked the state. “Doesn’t look like there was much done here.”

The pipeline—which aims to transport Appalachian shale gas to the eastern U.S.—is more than 90% constructed, according to the pipeline developers, a group led by Pittsburgh-based EQT Corp., the largest US natural gas producer. But the project has seen a slew of legal challenges and regulatory hurdles that have delayed its completion, putting it more than four years behind schedule and nearly doubling the original cost.

If the panel vacates the decision and remands it to the agency, it would preclude the Army Corps of Engineers’ ability to issue a CWA discharge permit, and ruin MVP’s plans to put the pipeline into service in 2023. A remand without vacatur or a ruling in favor of the Virginia Department of Environmental Quality would keep the company’s 2023 in-service goal within reach.

Gregory was joined on the panel by Judges James Andrew Wynn and Stephanie D. Thacker.

A similar suit challenging the West Virginia Department of Environmental Protection’s approval of a key water permit is also pending in the Fourth Circuit, and a decision is expected to come shortly. Decisions in both cases have the potential to delay the project.