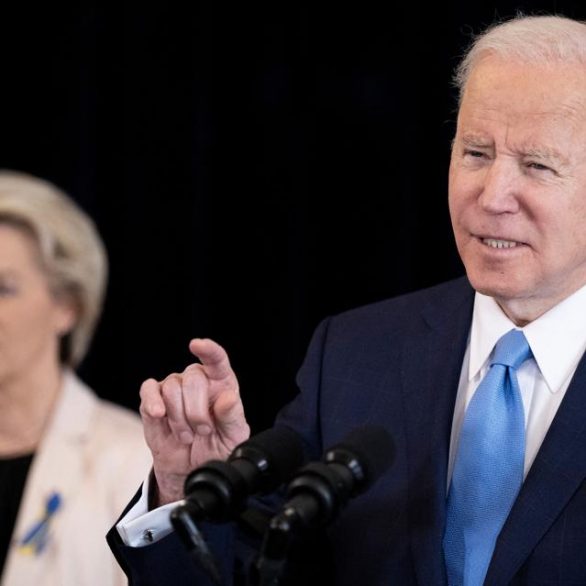 In late March, shortly after Vladimir Putin sent the Russian Army into Ukraine, President Joe Biden made a commitment on behalf of the U.S. liquefied natural gas (LNG) industry to dramatically increase shipments of American-produced LNG to Europe in the coming years. While helping Europe ease its heavy dependence on Russia and Putin for a large portion of its natural gas supplies represents a noble goal, the President made that commitment without consulting leaders in the LNG industry and without any apparent understanding of the things it would need to fulfill that national commitment.

One big thing the U.S. LNG industry will need is a great deal of new infrastructure to facilitate the production, movement, processing, and shipping of the higher volumes of natural gas and LNG. An integral piece of that particular puzzle will be pipelines needed to move the natural gas from often faraway places where it is produced hundreds of miles to the export facilities at which it is turned into LNG.

It is a central, immutable fact that the gas can only be produced where it is found beneath the ground, and LNG can only be moved overseas on ships that are loaded at facilities that lie along the coast. Moving the gas from where it is produced to where it can be loaded on ships requires pipelines and lots of them.

Achieving that in some parts of the country will require permits from the federal government whenever the pipeline in question crosses a state line and thus falls under the purview of the Federal Energy Regulatory Commission (FERC). Unfortunately, Biden’s FERC has demonstrated a great reluctance to issue such permits needed by proposed major pipeline projects designed to carry the gas from the massive Marcellus/Utica Basin to delivery points in the New England states and along the mid-and southern-Atlantic seaboard. This refusal to permit pipelines has left America’s biggest natural gas-producing basin in a constrained situation on pipeline takeaway capacity.

The nation’s second-most prolific natural gas basin, meanwhile, is the Permian Basin which spans West Texas and Southeast New Mexico. The Permian has undergone a major buildout of pipeline capacity in recent years, and all of that capacity is contained within the expansive borders of Texas, and thus free from FERC entanglements and delays.

Despite the recent expansion, however, the Permian remains in a constrained situation where natural gas pipelines are concerned. Production growth in the Permian slowed from a 2012-2020 average of 17% per year to just 8% in 2021, and many analysts are expecting the rate of growth to slow further during 2022 and 2023 without new takeaway capacity coming online.

Artem Abramov, the head of shale research at energy consulting firm Rystad Energy, recently told S&P Global that “The natural gas landscape in the U.S. changed a lot in the last three to four years,” Abramov said in an email. Abramov added that the Permian requires another 2 billion cubic feet per day of new takeaway capacity to avoid a bottleneck in the coming months.

One major new Permian gas takeaway project already permitted by state agencies and under development is the Matterhorn Express Pipeline, which would span 490 miles of Texas from Waha to interconnection points near Houston. About 2/3rds of the way through that route, the plan is for it to traverse Williamson County in Central Texas. There, the project has encountered substantial pushback from local landowners and civic leaders concerned about the project’s impact.

For any pipeline project, it is one thing to obtain the permits necessary to proceed with construction. Overcoming community opposition, often spurred by professional activists and amplified by sympathetic news media, is another thing entirely. One recent report quoted several Williamson residents who expressed concerns about potential explosions, land devaluation, and other emotional fears.

While it is true that pipeline explosions can unfortunately occur, such incidents have become increasingly and exceedingly rare over time, and modern pipelines are built with safety measures and technologies unimagined even 20 years ago. Cody McGregor, a spokesperson for the Matterhorn Express line, told me in an email that “The Matterhorn Express has been designed with careful consideration of the environment and the communities along the proposed route. We are committed to being good neighbors and incorporating feedback from all relevant stakeholders into both the proposed route and the project’s overall design.”

When completed, the Matterhorn Express line would carry enough gas to heat 1.5 million homes in Texas or Europe every day. As Texas’s population and industrial base continue to expand, it will need all of this gas and much more to keep air conditioners running on summer days like Monday, when demand on the state’s grid became so elevated that officials at ERCOT felt the need to ask consumers to conserve energy.

Pipelines like Matterhorn Express are needed, and they have to go into the ground somewhere. The conundrum for state officials who must approve pipeline routes is that, if the residents of Williamson County were to succeed in their efforts to force the route of the line to shift out of their county, then landowners in another county would raise their own emotional objections.

An ongoing constraint on America’s two largest natural gas basins will not only limit the LNG industry’s ability to fulfill Biden’s promises to Europe, but it will also impede the ongoing displacement of coal-fired power plants with cleaner natural gas plants. Further constraints would also impede the manufacture of fertilizers that increase yields of crops that produce bio-fuels and help feed the world and could lead to a resurgence of the flaring issue in the Permian that has been tamed in recent years.

For consumers and public officials, it’s a stark choice: You can’t continue to complain about the U.S. industry not producing enough oil and natural gas to keep prices down, and you certainly can’t expect that industry to be able to feed Europe’s hunger for LNG if you won’t allow it to build out much-needed critical infrastructure like the Matterhorn Express.

The simple fact is that America needs more pipe in the ground, a lot more. That’s America’s reality. If the industry can’t get that pipe into the ground in Texas, of all places, then Europe’s reality is that it should start looking for another, more reliable LNG trading partner.