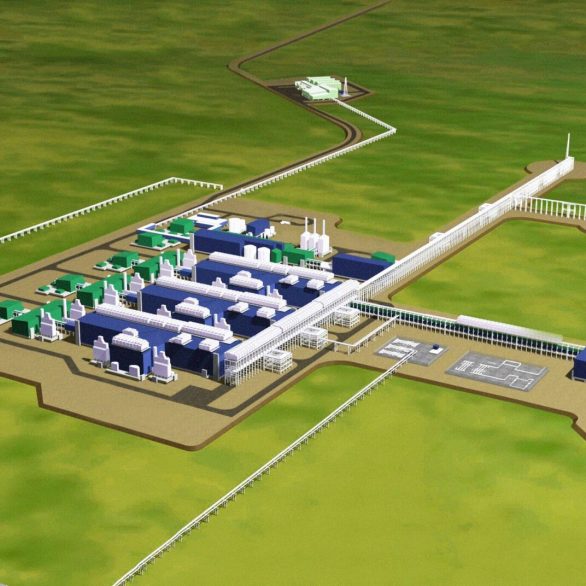 The Federal Energy Regulatory Commission on Thursday authorized the Alaska LNG Project owned by the Alaska Gasline Development Corporation (AGDC), marking an important step in a project that still has a long way to go.

The Alaska LNG Project would consist of liquefaction facilities on the Kenai Peninsula designed to produce up to 20 million metric tons per annum (MMTPA) LNG for export.

It would also include an approximately 807-mile-long, 42-inch-diameter pipeline capable of transporting up to 3.9 billion cubic feet of gas per day to the liquefaction facilities, a gas treatment plant that would be located in the Prudhoe Bay at the North Slope and two additional natural gas pipelines connecting production units to the gas treatment plant.

The project still requires authorization from several other federal agencies, billions of dollars of funding, and customers.

Larry Persily, an industry expert who has spent nearly his entire career in the Alaska energy sphere as a journalist, educator and public policy worker at the federal, state and municipal levels, told Pipeline & Gas Journal about his doubts concerning the future of the project.

“I’m sorry to say, I don’t see the Alaska LNG project advancing beyond its final EIS [environmental impact statement] and FERC authorization. Not for years, and maybe never,” he said. “It’s just too costly, too much of a lift for an industry that is shying away from megaprojects and all the risks they entail.

Persily said Thursday that an analysis provided three years ago by Flour for the AGDC, the owners of the project, estimated the costs for the project at $43 billion. The AGDC, an independent, public corporation of the State of Alaska, “does not support” the state continuing as the sole project sponsor beyond 2020.

On a brighter note, Persily expects if the project ever does go ahead, “direct and indirect, and contractor and subcontractor, and manufacturer and fabricator jobs could measure several tens of thousands worldwide.”

AGCD’s board of directors plans to assess the economic viability of the project at its meeting on May 21.