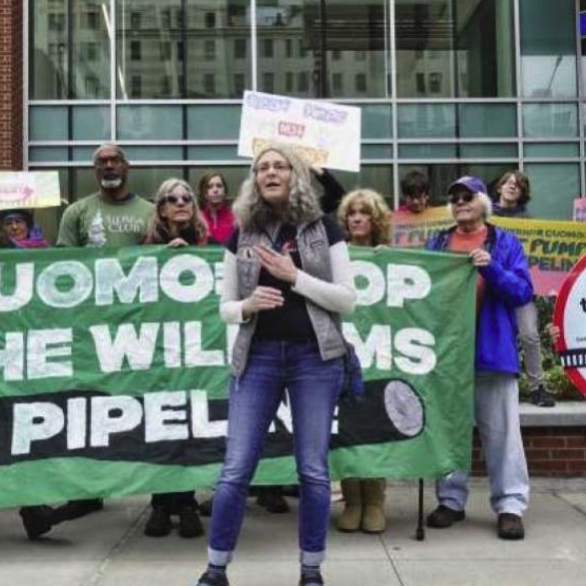 Plans for a 124-mile gas pipeline from Pennsylvania to Schoharie County have been scrapped with the company that wanted to build it writing off the cost of a nearly decade-long battle to get started.

The Constitution Pipeline proposed by the Tulsa, Okla.-based Williams Companies, had approval from the Federal Energy Regulatory Commission. But New York State hadn’t approved the water permits needed, since the proposed $1 billion project would have crossed numerous streams and wetlands.

The line would have run from the Pennsylvania border near Binghamton to Schoharie County where it would link to existing lines.

“Williams – with support from its partners, Duke, Cabot and AltaGas – has halted investment in the proposed Constitution project. While Constitution did receive positive outcomes in recent court proceedings and permit applications, the underlying risk-adjusted return for this greenfield pipeline project has diminished in such a way that further development is no longer supported,” the company said in a statement.

In addition to Williams, Cabot Oil and Gas from Houston, AltaGas of Calgary, Alberta and Charlotte, N.C.-based Duke Energy were partners in the planned project.

The project was proposed in 2013 with a cost estimate under $700 million. But legal challenges and delays drove the price  up by almost 40 percent and gas prices have remained low thanks to abundant supply.

Environmentalists said they were glad Williams was dropping the planned line, which would have carried hydrofracked natural gas to New York, where such extraction techniques are banned. Increasingly, climate change activists are opposing new pipelines, saying their construction would only continue the reliance on gas, which is a fossil fuel. They want to move quickly toward renewables such as solar and wind power in order to cut CO2 emissions.

Conservationists also worried about wildlife habitat, forests and waterbodies that the pipeline would have crossed.

“This pipeline would have carried fracked natural gas across 251 waterbodies — including 89 trout spawning streams — and through many unique and sensitive ecological areas such as old-growth forest and undisturbed springs,” Richard Webster, director of Legal Programs for the Riverkeeper organization, said in an email.

Riverkeeper as well as Earthjustice and other groups had opposed the plan.

In a report to investors earlier in the month Williams wrote that the project was written off to the tune of  $354 million. Of that, Williams’ 41% share was $145 million.