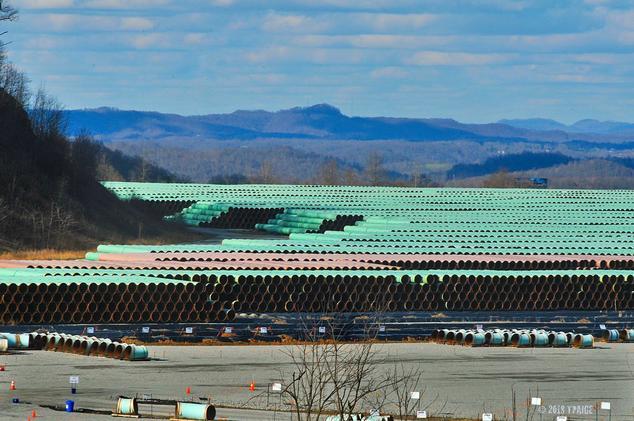 Mountain Valley Pipeline said Tuesday it will take longer, until summer 2022, and cost more, $6.2 billion, to complete a natural gas pipeline that will run through Southwest Virginia.

The latest in a series of such announcements was made by Equitrans Midstream Corp., the lead partner in the joint venture.

When construction began four years ago, the project was expected to be finished by late 2018 at a cost of $3.7 billion.

In a conference call with financial analysts to discuss first quarter results, Equitrans attributed the latest setback to a change in the permitting process for about 420 stream and wetland crossings that remain for the 303-mile pipeline to make.

Legal challenges by environmental groups forced Mountain Valley to abandon a blanket permit issued by the U.S. Army Corps of Engineers. It now plans to seek individual permits to trench through some of the water bodies in Virginia and West Virginia, while asking the Federal Energy Regulatory Commission to allow drilling tunnels under others.

Despite numerous delays and cost increases, the company continues to paint a rosy picture for investors and the public.

“Our business remains strong and robust,” Equitrans chairman and CEO Thomas Karam said. The latest delay provides more time to develop litigation-proof procedures, he said, “and reinforces our confidence that we will bring MVP into service in the summer of 2022.”

Opponents were not swayed.

“This unnecessary pipeline threatens the health of our water, people, climate, and communities,” said Russell Chisholm of Giles County, co-chair of the Protect of Water, Heritage Rights coalition.

“While this dangerous pipeline never should have been proposed in the first place, it’s not too late for MVP to wise up, cut their losses, and fold this losing hand,” Chisholm said.

Mountain Valley says it has completed work on large stretches of the pipeline, including about half of the 1,000-some crossings of streams and wetlands — perhaps the most troublesome aspect of construction.

A federal appeals court rejected one set of permits in 2018, and more recently indicated that it would do the same if Mountain Valley continued to pursue the blanket approval from the Army Corps.

After taking a winter break, construction crews resumed work in so-called “upland areas” in March and are expected to be done by September, Equitrans president and chief operating officer Diana Charletta said during the conference call.

That would give the company time to obtain approvals for about 10 miles of water body crossings and 8 miles in and next to the Jefferson National Forest. Permits are expected to be granted by the end of this year for those areas, allowing construction to ramp up again next spring, she said.

But the company still faces challenges, including obtaining a water quality certification from Virginia’s State Water Control Board.

The Department of Environmental Quality has said it will take up to a year to review the application and give the board time to act, and opponents are sure to point to Mountain Valley’s environmental problems during a public comment session.

Since the company began digging trenches for the 42-inch diameter pipeline along steep mountain terrain, regulators have cited it more than 300 times for violating erosion and sediment control regulations.

During Tuesday’s conference call, Equitrans officials were asked about an option held by EQT Corp. — a major driller of natural gas that would pay to have it transported by Mountain Valley — that will become available on Jan. 1, 2022.

If the project is not completed by then, EQT will have one year to decide whether to take a cash payment of $196 million in lieu of reduced rates that will kick in once the pipeline goes into service. No decision has been made, financial analysts were told.

Natalie Cox, a spokeswoman for Mountain Valley, said the option applies to Equitrans’ gathering systems, which provide a connection between drilling wells and “any one of many transmission lines.”

“This cash payment has nothing to do with EQT’s shipping commitment,” Cox wrote in an email, noting that the company has remained supportive of Mountain Valley in public statements and regulatory filings.

Mountain Valley will ship 2 billion cubic feet per day of pressurized natural gas from the Appalachian basin to markets along the East Coast, and is particularly vital to the Southeast region, she said.

“The need for an abundant, reliable energy supply is real,” Cox wrote, “and unnecessary delays are affecting consumers.”