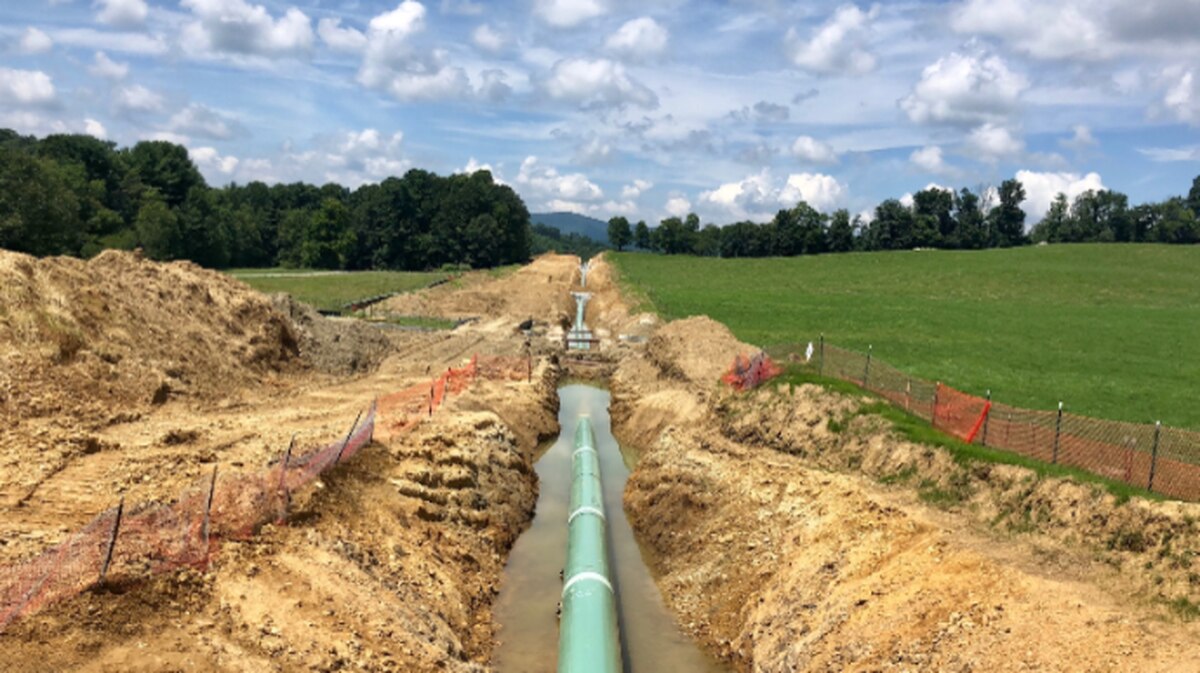 Another Delay, Cost Increase For the Mountain Valley Pipeline

The Mountain Valley Pipeline has once again pushed its completion date back and the project cost up.

Equitrans Midstream Corp., the lead partner in a joint venture of five energy companies that has faced widespread environmental problems while building the natural gas pipeline, made the announcement Tuesday.

Rather than completing construction early next year as planned, the company is now targeting a full in-service date “during the second half of 2021,” a news release stated.

The cost, which was estimated to be $3.7 billion when construction started in 2018, now stands at between $5.8 billion and $6 billion. The latest increase was attributed largely to the more costly task of continuing construction through the winter, which Mountain Valley plans to do in order to make up time lost to legal challenges.

Despite the latest setback, Equitrans chairman and CEO Thomas Karam remained bullish on the project during a conference call to discuss third quarter results with financial analysts.

“Our confidence has not changed because of these expected challenges, at all,” he said.

Environmentalists say the buried pipeline will sully the scenic landscape of Southwest Virginia, clog its streams and rivers with harmful sediment washed from construction sites, and jeopardize endangered species of fish and bats.

The Sierra Club and similar groups have challenged about a half-dozen permits issued to Mountain Valley over the past three years. Last month, a federal appeals court temporarily stayed a set of steam-crossing permits while it considers the case, and approval for the pipeline to pass through the Jefferson National Forest is still pending.

Another lawsuit was filed last week against the U.S. Fish and Wildlife Service over its conclusion that the pipeline would not jeopardize protected species.

Nonetheless, the Federal Energy Regulatory Commission recently lifted a year-long stop work order, and construction crews are gearing up along the pipeline’s 303-mile path through West Virginia and Southwest Virginia.

“We remain steadfast that the Mountain Valley Pipeline will be completed,” Equitrans president and chief operating officer Diana Charletta said.

Pipeline opponents, however, were encouraged by the latest news. They hope a sustained legal attack will eventually force Mountain Valley to cancel the project — as the Atlantic Coast Pipeline did in July — and help turn the tide to renewable energy.

“We are beyond an age where investors can think of fracked methane gas merely as a commodity, a number for their portfolios,” Roberta Bondurant, co-chair to the Protect Our Water, Heritage, Rights coalition, said in a statement.

“We must consider the human and environmental costs of MVP, the whole costs, which make this pipeline unaffordable not just to investors, but to our society and the world.”

Although the project is two years behind schedule, it has far more pipe in the ground than Atlantic Coast did when it decided to fold.

The 4th U.S. Circuit Court of Appeals is scheduled to hear oral arguments Monday on a motion for a full stay while it considers a legal challenge to the project’s stream-crossing permits.

Opponents say the U.S. Army Corps of Engineers did not adequately consider the pipeline’s impact on endangered species and took other improper steps when it issued the blanket, one-size-fits-all permits.

But even if the so-called Nationwide Permit 12 is overturned, Charletta said the company has at least two alternatives: It could apply for individual permits for some water bodies, and it could switch the crossing method from digging a trench along the bottoms of streams to boring under them.

More than a dozen crossings, including one of the Roanoke River in Montgomery County, have already been changed to the boring method. FERC approved a request for another six on Tuesday.

During the Election Day conference call, Karam was asked if developers of the natural gas project believe it would be changed in any way by the outcome of the presidential race.

Without elaboration, he said: “No, we really don’t.”

In a quarterly report filed with the U.S. Securities and Exchange Commission, Equitrans provided an update to a criminal investigation of the company launched by the Roanoke-based U.S. attorney’s office and the Environmental Protection Agency.

As it has in earlier filings, the company said it received a grand jury subpoena in February 2019 for documents related to an investigation of violations of the Clean Water Act.

MVP is cooperating in the probe and “cannot predict whether any action will ultimately be brought,” the SEC report stated.