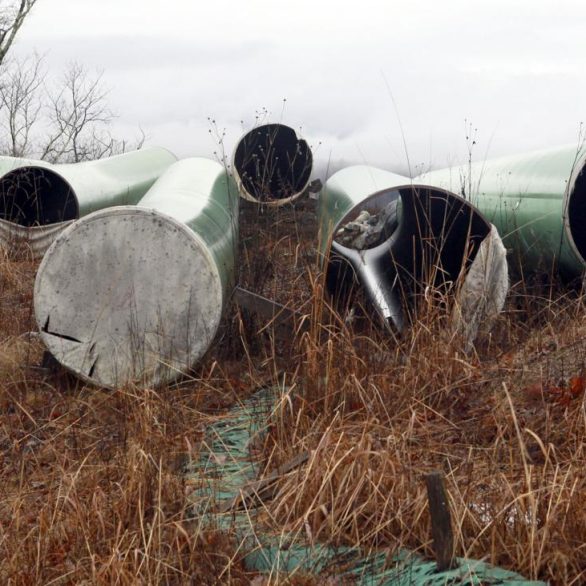 The Mountain Valley Pipeline slipped deeper into doubt Friday, when an appellate court declined to reconsider its decision striking down a vital permit for the deeply divisive project.

In a brief order, the 4th U.S. Circuit Court of Appeals said it will not revisit the ruling of a three-judge panel, which in February invalidated the federal Fish and Wildlife Service’s opinion that the natural gas pipeline would not jeopardize endangered species.

The move came one week after a similar decision by the Fourth Circuit regarding the panel’s rejection of a second permit from the U.S. Forest Service that allowed the pipeline to pass through the Jefferson National Forest.

Mountain Valley now has little hope of regaining the approvals without going through a renewed permitting process that would again delay a $6.2 billion infrastructure project that is already more than three years behind schedule.

“Twice now, MVP has been left high and dry in their attempts to reverse court decisions and complete their dangerous and unnecessary project,” said Caroline Hansley of the Sierra Club, one of about a dozen environmental groups that has fought the pipeline in court.

Opponents have argued for years that building a massive pipeline through the mountains of Southwest Virginia will cause environmental damage and contribute to climate change.

While acknowledging a “greater degree of uncertainty” caused by the Fourth Circuit, Mountain Valley says its plans are still alive.

“We continue to evaluate the best path forward for completing the MVP project and expect to provide updated project guidance once the full evaluation is complete,” Natalie Cox, a spokeswoman for the joint venture, wrote in an email Friday.

Legal experts have said the company’s chances were not good in seeking a so-called en-banc hearing, in which the full 15-member appellate court would rehear the two unanimous decisions by its three-judge panel.

Only four such requests were granted last year by the court, which hears appeals from federal administrative agencies and nine district courts in Virginia and four other states, according to Carl Tobias, who teaches at the University of Richmond’s law school.

Filed on March 11, Mountain Valley’s request was circulated among the court’s judges.

“No judges requested a poll” under applicable law, the three-sentence order stated. “The court denies the petition for rehearing en banc.”

In sending the permits back to the agencies for further review, the panel – which consisted of Chief Judge Roger Gregory and Judges Stephanie Thacker and James Wynn – ruled that government officials cut corners and ignored evidence in approving the largest natural gas pipeline ever proposed in Virginia.

The Fish and Wildlife Service gave scant attention to factors, including climate change, that would impact two endangered fish, the Roanoke logperch and the candy darter, that are nearing the brink of extinction, the panel ruled.

As for the permit for the pipeline to pass through 3.5 miles of public woodlands in Giles and Montgomery counties, the Forest Service failed to consider water quality data from monitoring stations a short distance away in assessing the erosion risks posed by construction, a second decision from the same three judges said.

Muddy runoff has been a key problem for Mountain Valley. Inspections by the Virginia Department of Environmental Quality have found nearly 400 violations of erosion and sediment control regulations since work began in early 2018.

The pipeline cuts through the New River and Roanoke valleys, passing north of Blacksburg and southwest of Roanoke, on its 303-mile path from northern West Virginia to connect with an existing pipeline close to the North Carolina line.

Mountain Valley says the need for natural gas, which was documented by the Federal Energy Regulatory Commission in 2017, is even greater today with the war in Ukraine restricting global supplies.

Assuming the pipeline is completed, the company plans to build an extension that would transport gas from its terminus in Chatham into North Carolina.

Last year, the State Air Pollution Control Board denied a permit for a compressor station that would be built in Pittsylvania County for the extension, which is called MVP Southgate.

Mountain Valley had appealed the air board’s decision to the Fourth Circuit, but asked earlier this week that the case be dropped. Southgate spokesman Shawn Day cited a law headed for passage in Virginia that removes the air board’s authority and gives permitting power to the staff of DEQ, which had recommended approval for the compressor station.