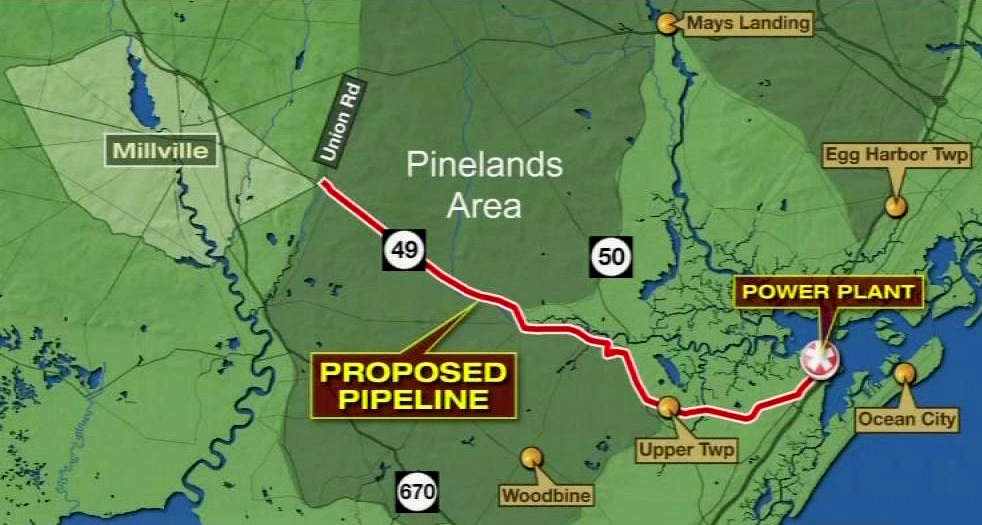 A long-running challenge to a controversial natural gas pipeline being built through New Jersey’s Pinelands has been rejected.

On Thursday, a trio of judges in the New Jersey Superior Court’s Appellate Division dismissed appeals from a pair of environmental groups seeking to overturn state approvals for the Southern Reliability Link, a 28-mile pipeline that will run through Monmouth, Ocean and Burlington counties.

The pipeline, whose price tag has risen from an original $180 million to $308 million, is being built by New Jersey Natural Gas. The company has said the project aims to boost the area’s resilience during natural disasters by creating a backup supply of natural gas.

Environmental groups like the New Jersey Sierra Club and the Pinelands Preservation Alliance have long opposed the pipeline, deriding a vessel that would carry more gas from the fracking fields of Pennsylvania’s Marcellus Shale. They claim there’s no evidence that natural gas infrastructure in the area needs to be more resilient.

The court case dates back to 2017, when the state Pinelands Commission gave the final approval to the pipeline. The New Jersey Board of Public Utilities had already given its own approval, and the state Department of Environmental Protection had issued the required permits for construction.

The Pinelands Preservation Alliance and the state Sierra Club, along with Bordentown and Chesterfield, sued the state over the approvals. In the challenge, the environmental groups claimed the state was failing to properly protect the Pinelands by allowing the pipeline to be built.

The process unfolded slowly, before finally being decided Thursday by the Appellate Division. The judges rejected every argument brought by the environmental groups.

Kevin Roberts, a spokesman for New Jersey Natural Gas — a subsidiary of New Jersey Resources, a publicly traded company — said the utility was pleased with the outcome.

“These rulings affirm that the SRL project was properly approved by regulatory bodies,” Roberts said. “Once construction is completed and it is placed into service later this year, it will bring significant reliability and resiliency benefits to over one million people in Monmouth, Ocean and Burlington counties.”

“I think it’s just another case in the pattern of New Jersey’s court system being, I would say, slavishly deferential to state agencies when they make bad decisions,” Montgomery said.

Tittel called out Gov. Phil Murphy’s administration for allowing the pipeline to move forward while the case was being heard.

“The biggest shame is that tax dollars were used in court to support the SRL pipeline,” Tittel said. “Public money was used to help destroy the Pinelands and increase [greenhouse gases] and fracking.”

The environmentalists noted the decisions were announced just a day after the Murphy administration was arguing against another natural gas pipeline, the $1 billion PennEast project, before the U.S. Supreme Court.

“It’s interesting that the state of New Jersey, the governor, the attorney general, they have fought the PennEast pipeline since Gov. Murphy was running for election,” Montgomery said. “None of them have lifted a finger on the New Jersey Natural Gas pipeline.”

Murphy’s office did not respond to a request for comment.

Work on the pipeline, which began in 2018, hasn’t always gone smoothly. In some sections along the route, builders have to use a technique known as HDD to install the pipeline underground. Using HDD brings a risk of environmental damage and spills caused by a liquid injected into the earth as part of the drilling process. There have been at least 12 spills related to the construction.

The most high-profile spill occurred last June, when 77-year-old Barbara Fox-Cooper had her home in Upper Freehold condemned after an HDD spill compromised the structure’s foundation.

Fox-Cooper, who had lived in the home for 32 years, previously said she had only a few minutes to gather her belongings and get out of the house after a building inspector knocked on her door.

“I was almost too terrified to investigate after what had felt like an explosion in my house,” Fox-Cooper said in a statement following the incident. “I discovered huge cracks in my foundation, my basement floor, and even my walls. As I watched in horror water and sludge came pouring in through the cracks. I ran to the construction site and begged them to stop.”

In response to that incident, the DEP suspended permits it had issued to the pipeline for HDD work. Those permits were reinstated in November.

New Jersey Natural Gas has said the liquid spilled during the Upper Freehold incident and others is non-toxic, and that the company responded quickly to the messes.

Montgomery said that once the spills came to light, the environmental groups tried to get the new information considered through an evidentiary hearing, but the court rejected the move.

“They did not want to know what the reality has been,” Montgomery said.