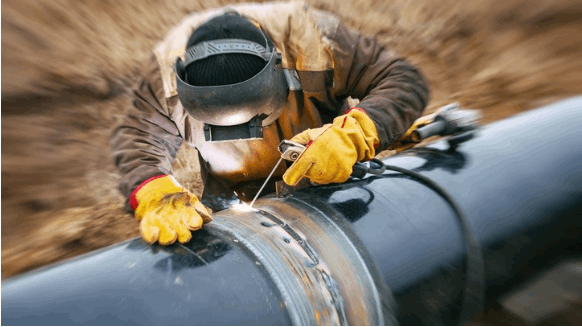 TC Energy Corp. has reached agreements with four labor unions to build the controversial Keystone XL oil pipeline — a move that could amplify political pressure on Joe Biden, who has threatened to rip up permits for the project even as he courts blue-collar workers.

The labor agreements being announced Tuesday help pave the way for 2,000 unionized workers to begin building some of the project’s 28 planned pump stations in the U.S. this fall — even while TC Energy continues to seek other permits to begin constructing the pipeline itself — according to Senior Vice President Richard Prior. TC Energy is already building the Canadian portion of Keystone XL, aiming to start shipping crude in 2023.

U.S. politics have whipsawed the project for more than a decade, with former President Barack Obama rejecting an essential border-crossing permit in 2015, only to have President Donald Trump issue one two years later. The Supreme Court dealt Keystone XL another setback last month, when it left in force part of a lower court order blocking an Army Corps of Engineers authorization for all of Keystone XL’s planned U.S. water crossings, forcing the TC Energy to seek individual permits instead.

In May, a Biden campaign released a statement saying the Democratic nominee would rescind Keystone XL’s presidential permit “and stop it for good.” A campaign spokesman confirmed Biden’s position on Tuesday.

Prior stressed that the agreements would ensure higher wages for specialized union workers at a time when Covid-19 is walloping the U.S. and Canadian job markets.

“The Keystone XL pipeline project will put thousands of Americans, including Teamsters, to work in good union jobs that will support working families,” said Teamsters General President Jim Hoffa in a news release.