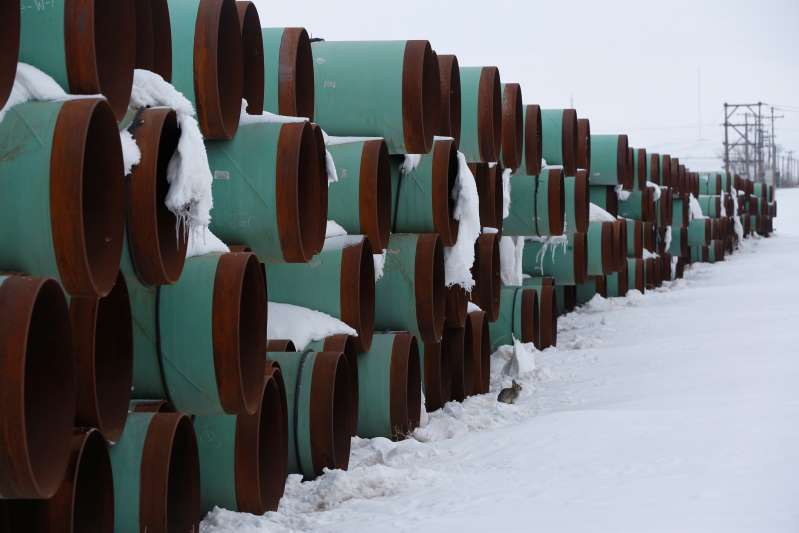 U.S. President-elect Joe Biden is planning to cancel the permit for the $9 billion Keystone XL pipeline project as one of his first acts in office, and perhaps as soon as his first day, according to a source familiar with his thinking.

President Donald Trump, a Republican, had made building the pipeline a central promise of his presidential campaign. Biden, who will be inaugurated on Wednesday, was vice president in the Obama administration when it rejected the project as contrary to its efforts to combat climate change.

The words “Rescind Keystone XL pipeline permit” appear on a list of executive actions likely scheduled for the first day of Biden’s presidency, according to an earlier report https://bit.ly/3nP4993 by the Canadian Broadcasting Corp (CBC).

Biden, a Democrat, had earlier vowed to scrap the oil pipeline’s presidential permit if he became president.

Canada’s ambassador to the United States said she would continue to promote a project that she said fit with both countries’ environmental plans. “There is no better partner for the U.S. on climate action than Canada as we work together for green transition,” Ambassador Kirsten Hillman said in a statement.

The project, which would move oil from the province of Alberta to Nebraska, had been slowed by legal issues in the United States.

It also faced opposition from environmentalists seeking to check the expansion of Canada’s oil sands by opposing new pipelines to move its crude to refineries.

TC Energy Corp., which operates the pipeline, said it would achieve net zero emissions by 2023 when it enters service. The company also pledged to use only renewable energy sources by 2030 in a bid to win Biden’s support.

Construction is well under way in Canada, with the international border crossing complete. In the United States, TC has started construction on pump stations in each of the states the line will pass through, but legal setbacks cost it much of the 2020 construction season.

Former Democratic President Barack Obama axed the project in 2015, saying Canada would reap most of the economic benefits, while the project would add to greenhouse gas emissions.

Trump issued a presidential permit in 2017 that allowed the line to move forward, and several environmental groups sued the U.S. government.