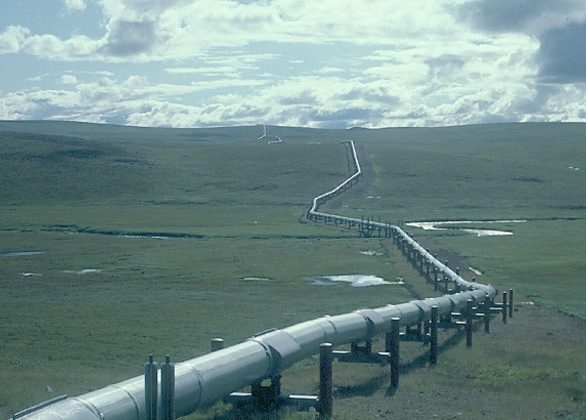 Biden Says He Would Revoke Permit For Keystone Pipeline

Joe Biden’s campaign said Monday that as president, he would rescind the Trump administration’s permit authorizing the Keystone XL pipeline, likely elevating the project into a 2020 campaign issue.

If completed, the pipeline, which has spent the past decade in political and legal limbo, would help carry some 830,000 barrels of crude oil a day from Canada to refineries in Texas. The project was rejected by the Obama administration in 2015, sending what environmentalists hoped would be a signal that the United States was a global leader on fighting climate change.

Trump promised during his 2016 campaign to revive the project, saying it posed no risk to the environment and suggesting its added jobs would be a boon for the economy. Shortly after taking office, his administration issued permits to allow it to move forward, but it has remained stalled because of legal challenges.

The former vice president’s renewed opposition to the project is likely to make it a flash point in the November election, again testing the popularity of Trump’s drive to reverse Obama-era environmental policies.

Stef Feldman, the Biden campaign’s policy director, cited the potential economic harm she said the project would cause. “Denial of science ends on day one of a Biden presidency,” Feldman said in a statement.

Since becoming the presumptive Democratic nominee, Biden has reached out to various factions in the party, hoping to present a unified front against Trump. Environmentalists are an influential part of the Democratic coalition, and the battle over the Keystone pipeline has great symbolic and substantive importance for them.
“Biden strongly opposed the Keystone pipeline in the last administration, stood alongside President Obama and Secretary Kerry to reject it in 2015, and will proudly stand in the Roosevelt Room again as president and stop it for good by rescinding the Keystone XL pipeline permit,” Feldman said, referring to then-Secretary of State John Kerry.

Biden has a mixed relationship with environmentalists, who urgently want to halt Trump’s steady push to undo environmental, energy and conservation regulations.

In June, Biden rolled out a $1.7 trillion plan to eliminate the nation’s contributions to climate change by 2050 at the latest. The former vice president has also promised to recommit the United States to the landmark Paris climate agreement, which Trump abandoned during his first months in office.

Although Biden’s climate plan was more ambitious than anything proposed by Obama, it attracted criticism from liberals who faulted Biden for not pledging to ban fracking and for attending a fundraiser co-hosted by a co-founder of a natural gas company.

Beyond that, Biden’s environmental critics worry that he will not try to rein in greenhouse gas emissions as aggressively as climate scientists say is necessary. In 2018, a panel of U.N. climate scientists said the world has one decade to stop irreversible damage from global warming caused by humans.

Last month, Biden said he is open to “expanding” his climate plan, in part as a way to woo former supporters of Sen. Bernie Sanders, I-Vt.

The presumptive nominee has won endorsements from former vice president Al Gore and from the political arm of the League of Conservation Voters, which spent more than $80 million in the 2018 election. His campaign also made a point of adding liberal Rep. Alexandria Ocasio-Cortez, D-N.Y., and Varshini Prakash, co-founder of the outspoken climate group Sunrise Movement, to a policy advisory panel.

Biden has found a way to talk about environmental policy amid the pandemic by highlighting early research linking air pollution to covid-19 death rates. He has tied the pandemic and climate change together as areas in which he says Trump has rejected science and reason in favor of ideology.s

“This is a nonscience president,” Biden said during an online fundraiser last month, referring to Trump, who called climate change a hoax before becoming president. “He doesn’t believe in science. Sadly, our recent response to climate change has been a lot like our response to the pandemic.”

Toward the end of his administration, Obama rejected the pipeline on environmental grounds, prompting an outcry from Republicans who accused him of making the move for political reasons.

Although Trump’s administration has authorized the necessary permits, the project faces several legal challenges. Earlier this month, a federal judge in Montana reaffirmed his ruling canceling another key permit, finding that the U.S. Army Corps of Engineers had failed to adequately assess the risk that the project posed to endangered species.

Hillary Clinton also struggled with the issue, ending a long silence in 2015 to come out against the project as she ran for president.

She had tried to remain neutral because she had been involved in negotiations over the pipeline as secretary of state, but she eventually said she opposed it after Sanders began winning liberal support for his denunciation of the project.