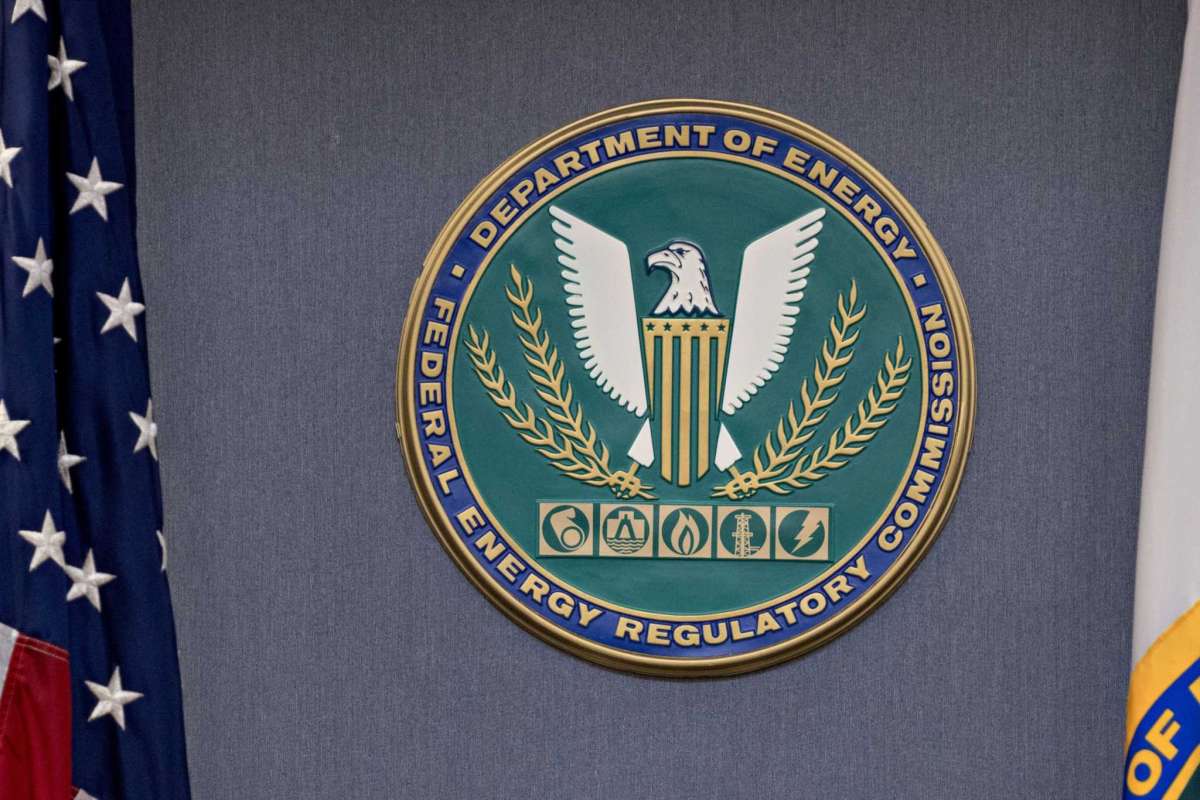 Biden’s Secret Weapon To Cleaning Up Energy Is Spelled FERC

President Joe Biden outlined ambitious new plans for taking on climate change on Wednesday, but the most potent weapon may already be in his arsenal.

The five-member Federal Energy Regulatory Commission is poised to play a pivotal role fulfilling Biden’s clean-energy ambitions, including his vow to strip greenhouse gas emissions from the power sector over the next 14 years. FERC could help Biden deliver on those promises by fostering carbon prices on electricity, propelling a massive build-out of high-voltage power lines and making it harder to build natural gas pipelines.

“Transforming the American electric sector to produce power without carbon pollution will be a tremendous spurt of job creation and economic competitiveness in the 21st century,” the president said Wednesday, as he signed a series of climate directives.

Biden can’t count on help from Congress. With Democrats having only a narrow hold on the House and Senate, it’s unlikely both chambers will pass broad clean energy legislation, including a nationwide renewable power mandate.

“FERC will be an indispensable player in the Biden administration’s clean energy agenda,” Peskoe said. “It’s the federal regulator of two major energy industries — the power sector and the natural gas industry — so it matters a lot in how this energy transition plays out.”

The commission has a big say in the nation’s energy mix because of its role overseeing gas pipelines, liquefied natural gas export facilities and wholesale power markets. The agency dictates how electricity is bought and sold in those wholesale markets, which are where most utilities get their power. And the commission’s decisions governing natural gas pipelines can give developers a green light to invoke eminent domain and install the projects on private land.

Biden has designated Richard Glick as chairman, giving one of the panel’s two Democratic members a chance to immediately steer the agenda. The remaining three seats are set to be occupied by Republicans through mid-year.

There are signs already of FERC’s new approach. Glick complained in a meeting earlier this month that the commission has not paid enough attention to how local, often disadvantaged communities are affected by the natural gas projects FERC scrutinizes. “I have been at the commission for three years, and I’ve seen little in the way of orders to do more than give lip service to environmental justice,” Glick said. “That needs to change .”

And in her opening remarks as a Democratic commissioner, Allison Clements stressed she planned to consider “the grave threat of climate change” in her decisions for the panel.

Environmentalists are counting on FERC to make major changes pushing the nation away from fossil fuels. Activists have already briefed Biden officials on how FERC can impose a climate litmus test to effectively block future natural gas projects. They also are urging policies to encourage state programs rewarding emission-free renewable and nuclear power.

And they have outlined ways FERC can help deliver on Biden’s promise “to build the next generation of electric grid transmission,” with high-voltage power lines that can deliver low-cost renewable power from the Midwest to customers in big coastal cities.

Even a small shift in FERC’s approach to renewable energy could buttress state efforts to subsidize emission-free nuclear, wind and solar power.

States are “a real driver of decarbonization policy,” and FERC policy can ensure they have the power to “to go further and faster,” Dennis said.

“A lot of the actions are going to be taking place at the state level in the absence of federal leadership,” said FERC commissioner Neil Chatterjee, a Republican whose term expires at the end of June. “That is going to put FERC squarely in the epicenter of that debate.”

FERC had a mixed record enabling a clean energy transition under former president Donald Trump. On the one hand, it imposed regulations making it easier to integrate battery storage into the grid and explored ways to spur transmission lines critical to support offshore wind farms. However, it also created hurdles for renewable electricity while helping to sustain natural gas power plants, including by imposing a minimum price floor for sales of state-subsidized renewable power in capacity auctions run by the largest U.S. grid.

FERC also is expected to shift its approach to natural gas projects. Glick has argued the panel needs to better consider the climate change consequences of approving natural gas pipelines and export facilities.

“FERC has not kept up with the challenge and the real imminent threat of climate change,” said Joan Walker, an activist with Sierra Club’s Beyond Dirty Fuels Campaign. “The fossil fuel industry is going to find every opportunity to keep perpetuating their business model so it’s absolutely essential and urgent that these changes be made.”

(The Sierra Club has received funding from Bloomberg Philanthropies, the charitable organization founded by Michael R. Bloomberg, the majority owner of Bloomberg LP.)

Under federal law, FERC is supposed to weigh the potential benefits of proposed natural gas pipelines against their potential negative impacts on landowners and the environment, said Sierra Club staff attorney Elly Benson.

“If a pipeline will be pumping a lot of gas and therefore is going to have a lot of downstream emissions, FERC should really be taking a close look,” Benson said. “That should weigh against approving a new gas pipeline.”

Big shifts in FERC’s approach would probably come only after Democrats hold a three-member majority on the commission, and there’s a lull in proposals now pending before the panel. But changes could have lasting impact, said John Moore, who directs a Natural Resources Defense Council project focused on FERC.

The agency is using “a 21-year-old policy on assessing gas projects that we have long argued is way outdated and needs to be replaced,” Moore said. “That is going to definitely be up to the next chair to tackle.”