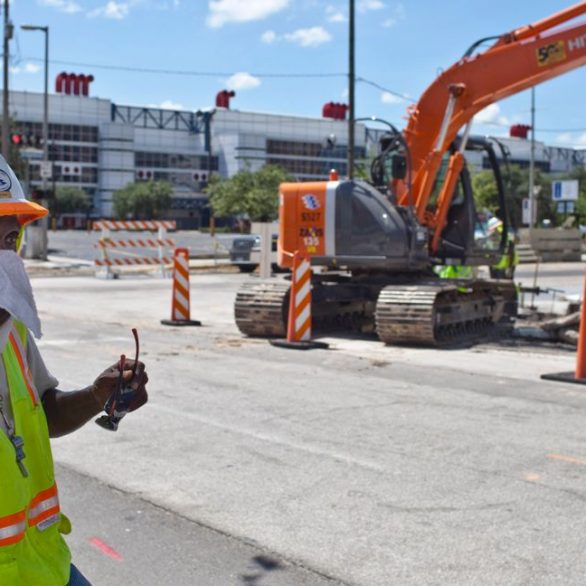 At the moment, it’s not clear what kind of impact the legislation would have on contractors.

“We would have to consult with our members to see what, if any, impact this [legislation] would have,” said Kevin Cannon, senior director of safety and health service with Associated General Contractors of America. “What employers should do about hazards related to heat is follow what OSHA’s been incorporating as part of their heat illness prevention campaign since 2011. There are three components: water, rest, and shade. That’s already built-in, we encourage our members to follow it.”

Cannon also said that OSHA’s guidance is not well defined, and AGC has asked the agency for clarity on how it will enforce its upcoming heat standard.

Certain states have established rest-break requirements on their own, as have some cities. For example, Dallas and Austin, Texas, require employers to provide construction workers with a 10-minute water break every four hours.

In addition to mandatory minimum rest breaks, the CIPA legislation would:

While Garcia has no plans for how oversight and regulation will occur, she plans to hash those specifics out once the bill is assigned to a committee, Houston Public Media reported.

Will contractors feel the heat?

A heat wave broiled swathes of the U.S. and Europe last week and parts of Texas, Oklahoma, Arkansas, and Missouri set records for high temperatures, with Wichita Falls, Texas, reaching 115 degrees on July 19. The problem will likely worsen in the coming years: Climate change is contributing to more frequent and more intense heat waves, which create safety risks for construction workers in particular, according to a 2022 California legislative analysis.

“It’s no secret the job of building America is a dangerous one. Sadly, construction workers suffer death and injuries from extreme temperatures every day in all corners of this country, so we must take this important step to protect our construction workforce,” said Jeremy Hendricks, assistant business manager of the Southwest Laborers District Council, in Garcia’s release.

Garcia first pitched a similar bill as a Texas state senator in 2017, but it faced opposition from builders’ groups, which argued the bill wasn’t necessary since OSHA already regulates such matters. However, neither federal nor Texas state law has requirements for work breaks at all.

This story has been updated with confirmation from Garcia’s office that the breaks would apply year-round.