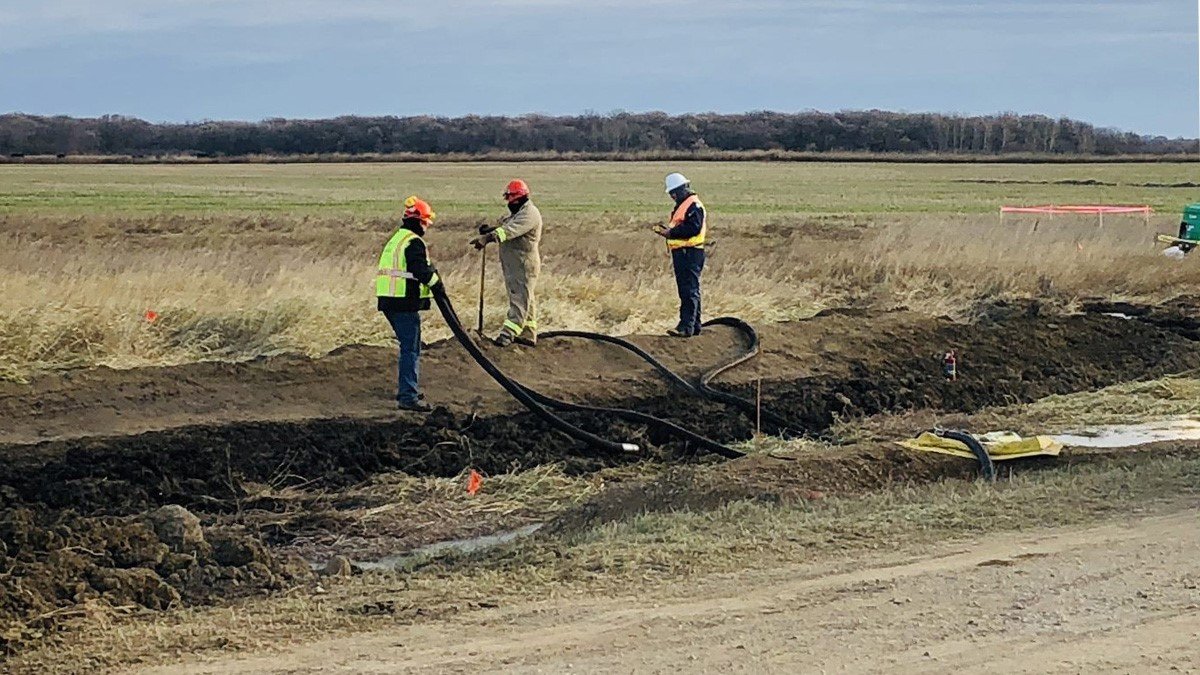 After President Joe Biden revoked Keystone XL’s presidential permit and shut down construction of the long-disputed pipeline that was to carry oil from Canada to Texas, opponents of other pipelines hoped the projects they’ve been fighting would be next.

The Biden administration hasn’t specified what action it might take on other pipelines, but industry experts doubt there will be swift changes like the one that stopped Keystone. They say the Keystone XL move on Biden’s first day fulfilled a campaign promise and was symbolic for a president who has made climate change a national security priority and has called for a dramatic increase in cost-competitive renewable and clean-burning energy.

“I think generally we can expect more rigorous environmental reviews, more scrutiny and so forth. But I would be very surprised if Biden were to take any action of the executive order type,” said Ben Cowan, an environmental law attorney who advises clients on permitting for pipelines and other energy projects.

A look at some other high-profile pipeline projects and what actions Biden might take:

Opponents of the Dakota Access pipeline, which carries oil from North Dakota to a shipping point in Illinois, want Biden’s U.S. Army Corps of Engineers to shut it down.

A federal appeals court ruled last week that the project must undergo a more thorough environmental review, known as an environmental impact statement, but it declined to shut the line down while the review is completed.

Texas-based pipeline owner Energy Transfer maintains the line is safe. But pipeline opponents say the ruling means it is operating with an invalid permit.

The Army Corps faces a Feb. 10 hearing where it must tell a federal judge how it expects to proceed without a permit granting easement for the 1,172-mile (1,886 kilometer) pipeline to cross beneath Lake Oahe, along the Missouri River. The Standing Rock Sioux, who draw water from the river, have said they fear the line will someday fail and pollute the water and land.

“This pipeline doesn’t have a permit and it’s operating in violation of law and the court expects the Corps to do something about it,” said Jan Hasselman, an attorney for the tribe. He said the Corps could halt the pipeline’s operations until the environmental impact statement is completed.

The White House said in a statement it was reviewing the Dakota Access decision and is committed to complying with all legal obligations, including consulting with tribal nations before making any decision that would affect tribes or their land.

The Army Corps didn’t respond to a message.

Opponents of the Line 3 replacement pipeline in Minnesota are stepping up pressure on Biden. More than 100,000 people have signed a petition — promoted by Democratic U.S. Rep. Alexandria Ocasio-Cortez of New York – calling on Biden to revoke a water permit. Opponents also marched Friday to the Corps’ St. Paul office.

Andy Pearson, the Midwest tar sands coordinator for the climate advocacy group MN350, said Line 3 is similar to Keystone XL in its makeup — it carries tar sands oil from Canada — but the federal permitting issues are similar to what Dakota Access faces.

Line 3 starts in Alberta and clips a corner of North Dakota before crossing northern Minnesota en route to Enbridge’s terminal in Superior, Wisconsin. The 337-mile (542.35-kilometer) line in Minnesota is the last step in replacing a deteriorating pipeline built in the 1960s. The replacement will follow a different route in some places and carry more oil.

Pearson and others said revocation of Line 3’s presidential permit at the U.S.-Canada border is unlikely because the line is already in place there. Instead, opponents are targeting the line’s federal water permit, saying in a lawsuit that the Corps failed to address environmental issues or conduct a federal environmental impact statement when the permit was granted.

Pearson said Biden should put the pipeline on hold and make sure a thorough environmental review is done.

Enbridge Energy said Biden’s decision on Keystone will have no impact on Line 3 or a similar Line 5 project in Michigan. Unlike the Keystone project, lines 3 and 5 are currently operating, the company said, and the Line 3 replacement was ordered by a consent decree during Obama’s administration.

Line 5 is part of Enbridge’s Lakehead network, which carries oil and liquids used in propane from western Canada to refineries in the U.S. and Ontario. Line 5 moves about 23 million gallons (87 million liters) daily from Superior, Wisconsin, to Sarnia, Ontario, traversing parts of northern Michigan and Wisconsin.

Enbridge wants to replace the section beneath the Straits of Mackinac, which connect Lake Huron and Lake Michigan, with a new pipe housed in a tunnel that would be drilled beneath the straits.

Pipeline opponents want Biden to publicly support Michigan Democratic Gov. Gretchen Whitmer’s order to shut down the existing pipeline in May. Whitmer says the company violated the terms of a 1953 easement that allowed the line on the lake’s bottom. Enbridge is fighting her order in court.

The Mountain Valley Pipeline is a natural gas pipeline that would run about 300 miles (483 kilometers) from northwestern West Virginia to southern Virginia. Some sections of it are under construction but others are blocked because of court disputes over federal permits.

David Sligh, conservation director for Wild Virginia, said leaders of the Bureau of Land Management, Forest Service and Fish and Wildlife Service have to decide how they will handle legal challenges to permits approved during Trump’s administration. Meanwhile, Mountain Valley Pipeline is seeking individual Corps permits to cross numerous bodies of water — after one broad permit was stalled in court. Sligh’s group is hopeful that the Corps will reject the new applications.

Agency leaders, he said, work “directly for the president and they have a responsibility to show they are doing what is in the broader public interest rather than the fossil fuel interest.”

Mountain Valley spokeswoman Natalie Cox said regulators and courts have thoroughly scrutinized the pipeline and that natural gas “is needed as part of the transition to a lower-carbon economy.”

Cowan said Mountain Valley could come under even more scrutiny because the man Biden picked to lead the Environmental Protection Agency, Michael Regan, expressed opposition to the project when he led the North Carolina Department of Environmental Quality.

“It just faces a lot of headwinds in its permitting process generally,” Cowan said. “And the regulatory climate is certainly not going to be any kinder to it now than it was.”

Cowan said in general, legal and regulatory challenges have made companies think twice about investing in new pipelines. The 600-mile (965-kilometer) Atlantic Coast Pipeline across West Virginia, Virginia and North Carolina was canceled last summer after legal challenges prompted permit dismissals or suspensions and led to construction delays and ballooning costs that brought the estimated price tag to $8 billion.

“I think a lot of people are questioning, frankly, whether it’s worth it anymore,” he said.