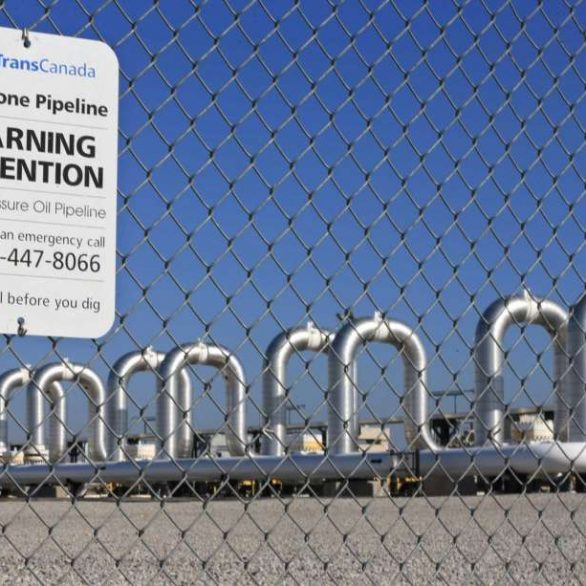 BILLINGS, Mont. (AP) — A Canadian company said Wednesday it has started preliminary work along the route of the proposed Keystone XL oil sands pipeline through the U.S. in anticipation of starting construction next month, as opponents await a judge’s ruling on their request to block any work.

TC Energy spokeswoman Sara Rabern said the Calgary-based company was moving equipment this week and will begin mowing and felling trees in areas along the pipeline’s 1,200-mile (1,930-kilometer) route within the next week or so.

The work is planned in Montana, South Dakota and Nebraska, Rabern said. She did not provide further location details.

In April the company plans to begin construction at the line’s border crossing in northern Montana. That would be a huge milestone for a project first proposed in 2008 that has since attracted bitter opposition from climate activists who say fossil fuel usage must be curbed to combat global warming.

Environmental groups in January asked U.S. District Judge Brian Morris to block any work. They said clearing and tree felling along the route would destroy bird and wildlife habitat. The judge in December had denied a request from environmentalists to block construction because no work was immediately planned.

The request by environmentalists came days after the Trump administration approved a right-of-way allowing the $8 billion line to be built across federal land.

“It is irresponsible for TC Energy to jump the gun before Judge Morris rules on our motion,” Stephan Volker, an attorney for the Indigenous Environmental Network and North Coast Rivers Alliance, said Wednesday.

The pipeline would transport up to 830,000 barrels (35 million gallons) of crude oil daily from western Canada to terminals on the U.S. Gulf Coast.

President Donald Trump has been a strong proponent. The Republican issued a special permit for the pipeline last year after Morris had blocked the project in November 2018, citing potential spills and other environmental concerns.

A legal challenge to Trump’s permit is pending before Morris.

Another oil pipeline in TC Energy’s Keystone network in October spilled an estimated 383,000 gallons (1.4 million liters) of oil in eastern North Dakota. Critics say a damaging spill from Keystone XL is inevitable given the length of the line and the many rivers and other waterways it would cross beneath.