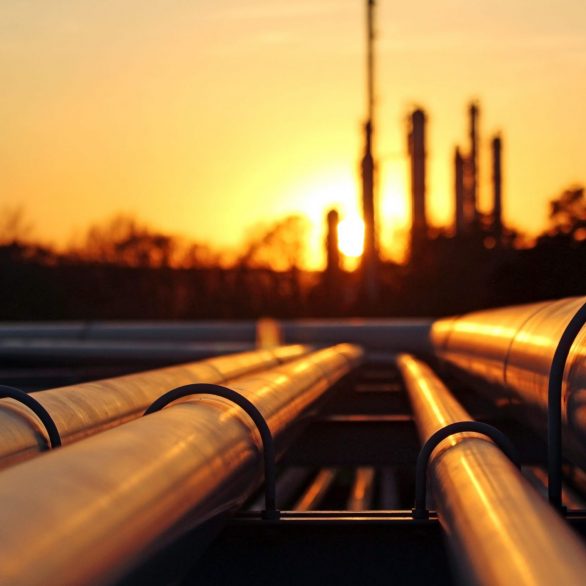 Challenges And Opportunities For The Pennsylvania Gas Pipeline Industry

Even as opposition grows for energy pipelines, and government agencies toughen their regulation of the industry, pipelines remain the most safe, efficient and effective means to transport much-needed natural gas and other energy products from wells to end users to generate power, manufacture goods and heat homes. 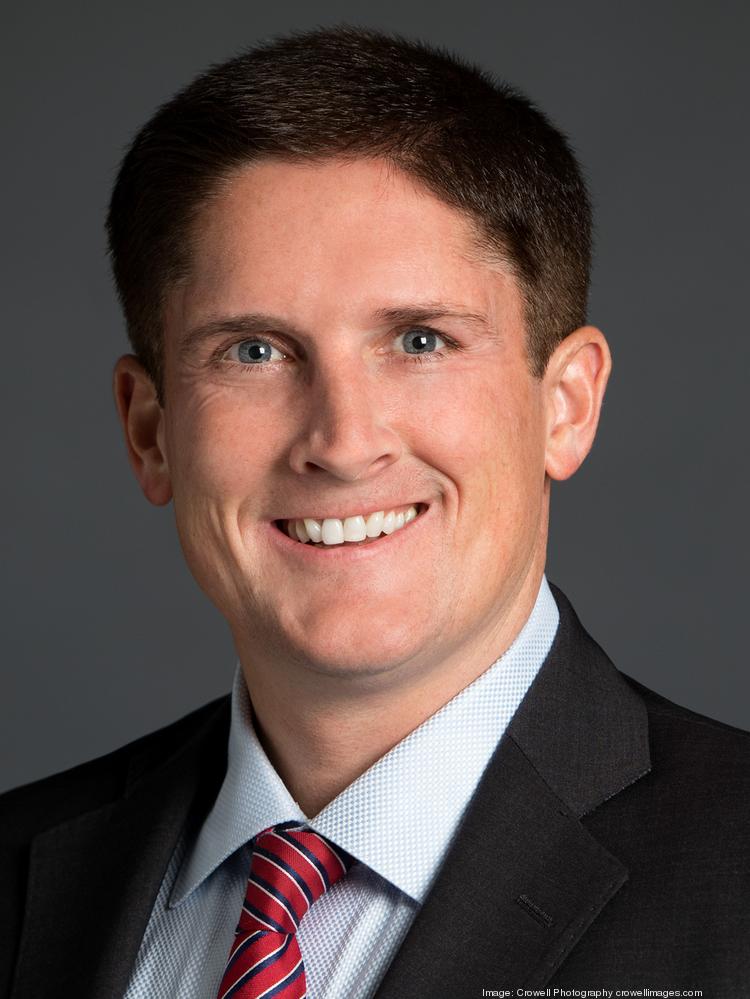 So said Keith Coyle, a shareholder with law firm Babst Calland whose practice areas include energy law and pipeline and hazmat safety.

“We’re in a moment right now where we’re seeing some growing opposition to natural gas pipeline infrastructure,” Coyle said in making his case for the importance of supporting and protecting the nation’s energy pipeline infrastructure. “We’re seeing efforts to encourage governmental authorities to ban the construction of new pipelines or to delay the issuance of permits that are necessary for projects to move forward. We’re also seeing litigation that’s being used as a tool to try to block new pipelines or stop the operation of existing pipelines.” 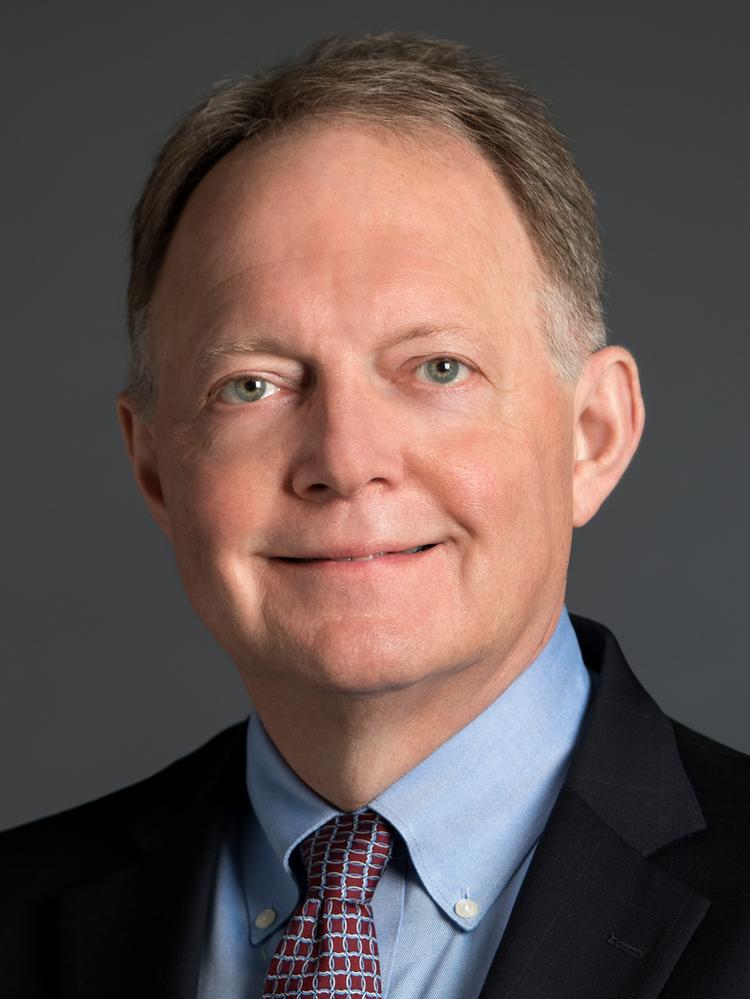 Coyle and his colleague, Babst Calland shareholder Blaine Lucas, took their stand in favor of safe and efficient pipeline infrastructure as part of a recent discussion with the Pittsburgh Business Times on “The Challenges and Opportunities for the Pennsylvania Gas Pipeline Industry.”

Coyle and Lucas are quick to suggest that the current political climate, as well as the growing opposition from environmental activists and others, are problematic not just for the energy industry, but for people, the economy – and safety.

“The other thing we need to think about is who’s going to be impacted if pipelines are unavailable to move products,” he continued. “In a lot of cases, the people who are most affected are those who are the most in need. We’re talking about people who can be really harmed if energy is not safely and reliably available.”

Coyle cited the situation this past year in Texas, when a series of unexpected storms left parts of the state without a sufficient supply of power for a prolonged period and challenged the state’s energy infrastructure going forward.

“Think about what happened in Texas earlier this year during a brief energy crisis,” he said. “People lost their lives. It was a very difficult and challenging event we’re still trying to unwind. Then think about what happened in Texas and expand that on a broader scale if we’re not able to move energy to market. Customers aren’t able to turn their lights on. Hospitals aren’t able to operate. That’s what’s concerning to me for the long term.”

Such challenges hit home, Coyle said, because of Pennsylvania’s leading role in providing such energy to much of the country via pipelines.

“Pennsylvania plays such a critical role in meeting seasonal changes in energy demand,” he said.

For Pennsylvania, energy pipelines are, as Coyle said, “extremely, extremely important.” He noted that Pennsylvania is one of the country’s leading exporters of energy to other states, largely via a network of pipeline infrastructure – trailing only Texas and Wyoming.

“Most of the country’s natural gas is transported by pipelines, and that’s because pipelines are just the safest and most efficient way of moving energy products,” Coyle said.

“If you look at the data and statistics, what you’ll see is pretty clear: Pipelines are extremely safe, and they’re necessary to move products from where they’re produced to end-users,” Coyle said. “And if we didn’t have pipelines, quite frankly, Pennsylvanians and the rest of the country would be a lot less safe than they are today.”

To understand what’s at stake for the energy industry and end-users in the pipeline debate, Coyle discussed what he described as four key types of pipelines that make up the country’s energy infrastructure. First are the production pipelines, which tend to be located near the well heads that are extracting the gas from the ground.

“These pipelines don’t usually extend a very long distance, and they’re basically used to move gas from the area where it’s produced to the connection with another pipeline, typically a gathering line,” Coyle explained. “One of the things about production lines is the gas that they carry generally is not suitable for transportation to consumers or even transportation for a great distance.”

Instead, the raw gas is transported to so-called gathering pipelines, which collect the raw gas from various sources and transport it to processing plants, compressor stations and treatment facilities for refinement into “pipeline-quality” gas, he continued.

The fourth type – “probably the one most people are more familiar with – is the distribution line, a smaller, lower-pressure line that transports gas to the end-user, whether residential or commercial.”

As the energy transportation industry continues to grow and evolve and as environmental activists continue to put more pressure on regulators to curtail transportation activities, the energy sector can expect tighter regulation ahead from key federal and state agencies, including the Pipeline and Hazardous Materials Safety Administration (PHMSA), Federal Energy Regulatory Commission (FERC) and the Pennsylvania Public Utility Commission (PAPUC) – some warranted and some more politically motivated, both Babst Calland attorneys agree.

Coyle said a move already is afoot to create new regulatory rules for the oversight of gathering lines, which are becoming larger, with higher pressures. Leading that charge is the federal Pipeline and Hazardous Materials Safety Administration, or PHMSA, which prescribes and enforces safety standards for gas pipelines. Current rules apply mainly to all transmission and distribution pipelines, as well as some gas gathering lines.

“We’ve seen changes in the midstream sector that are driving regulators like PHMSA to reevaluate some of the judgments that they’ve made about the safety of gas gathering lines [which tend to be located in rural areas with sparse populations],” Coyle said. “One of the things we’re seeing as a result of shale gas development is some larger-diameter, higher-pressure gathering lines that are moving larger volumes of gas that is produced at the well head to the central collection points. When you have larger-diameter, higher-pressure pipelines, you have more potential risk to public safety.”

Consequently, PHMSA has been working on a new rule to “extend safety standards and reporting requirements to these rural lines,” he said. “The last time I checked, the rule was over at the Office of Management and Budget for review…We expect OMB to complete its review maybe later this year, and we may see a final rule that’s published either at the end of this year or early next year.”

As such, Coyle said he expects the change to make a significant impact on the industry since a majority of rural gathering lines around the country have remained largely unregulated until now.

“You’re going to be complying with some of these new federal safety standards that apply to the pipelines,” he said of the industry’s response to the impending new rule. “You’re going to have to provide data to the federal government about your operations and your mileage. So that’s going to be a significant change in the industry – something that might have some growing pains associated with it.”

DEP and the regulation of pipelines

Generally speaking, the Pennsylvania Department of Environmental Protection (DEP) does not regulate the pipelines themselves. However, DEP does regulate the grading and other surface disturbance of land associated with the construction of pipelines through the issuance of what is called an Erosion and Sedimentation Control General Permit (ESCGP), Lucas noted. “DEP will also be involved and may require permits if pipelines encroach on stream crossing or wetlands,” he said.

Local regulation of pipelines is much more limited than that of federal and state agencies. As Lucas explained, local governments are generally prohibited, the legal term is they are “preempted,” from regulating FERC-regulated pipelines and other facilities. Further “downstream”, residential and commercial service lines fall primarily within the jurisdiction of the Pennsylvania Public Utility Commission.

Municipalities do retain some jurisdiction over the “upstream” production and gathering lines connecting the gas produced at the well pads with the downstream transmission lines through their zoning ordinances and certain other ordinances. However, Lucas observed that most zoning ordinances tend to focus more on what are perceived as more impactful facilities, such as well pads and compressor stations. As a result, “in most instances, local governments tend to limit their regulation of gathering lines to issuance of permits for grading and road crossings.”

In connection with FERC’s regulation of transmission lines, operators have the power of eminent domain to acquire land for necessary pipelines. However, Lucas noted that no such rights extend to operators in dealing with gathering lines. When an operator wants to connect a production line to a gathering pipeline, that operator has to obtain voluntary rights of way or easements from “dozens, if not hundreds” of property owners.

“Where that comes into play at the local level is on some of these applications – for example, on well pads, the operators will not have in place all those agreements yet, yet the local ordinances may say, ‘tell us exactly where your pipeline is going to be,’ which might not be either practical or feasible at that stage of the process.”

So-called setbacks, which are minimum distance requirements from the pipeline to the property line or an adjacent residential or commercial structure, also are becoming more restrictive and difficult to comply with at the local level, Lucas explained.

“We see those all the time,” Lucas said. “If they’re 30 or 50 feet, for example, it’s manageable. But some of those required setbacks are getting so large that they’re basically making it impossible to draw a line for a [gathering] pipeline to connect a well pad to a transmission line.”

Both Coyle and Lucas remain hopeful for the energy pipeline industry, particularly in a state where natural gas continues to play such an important role in the economy.

“Pennsylvania is such an important energy state, particularly for natural gas,” Coyle concluded. “Pipelines are the primary means of transporting natural gas throughout the United States … Pipelines are the safest means for moving energy products. They’re very necessary for how we live every day, and I hope pipelines continue to be in the mix as we look toward new sources of energy because I think they make us all safer.”