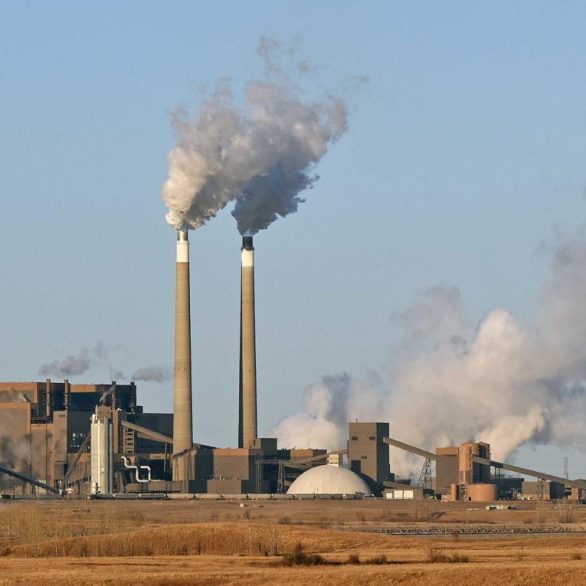 A new arm of state government tasked with vetting funding applications for clean energy projects will evaluate eight proposals in the coming weeks, including one involving a carbon capture system at Coal Creek Station and another related to a hydrogen hub within North Dakota.

The eight applications request a combined $49.5 million in grants, more than the $25 million the Legislature authorized earlier this year for the Clean Sustainable Energy Authority to consider. The projects requesting grant money have to do with biodiesel, saltwater, hydrogen, carbon capture, liquid fuels and flaring reduction.

The North Dakota Industrial Commission will make the final decision on which projects receive state assistance. The commission on Monday was informed of the funding requests. Separately, it set guidelines for a cross-state natural gas pipeline.

Rainbow Energy Center, the incoming owner of Coal Creek, plans to install equipment to capture the carbon emissions from the coal-fired power plant in McLean County before they can contribute to climate change. The University of North Dakota’s Energy & Environmental Research Center, which is heavily involved in most carbon capture projects in the state, has requested a $7.5 million grant for an engineering and design study for the Coal Creek project.

Lawmakers during the special legislative session earlier this month set aside another $20 million in grant money for hydrogen development. Bakken Energy has applied for a $10 million grant for its plan to establish a hydrogen hub with Mitsubishi Power Americas. Part of the proposal involves converting Basin Electric Power Cooperative’s Great Plains Synfuels Plant to produce hydrogen. A deal is in the works to sell the plant to Bakken Energy, which would capture the carbon emissions generated during hydrogen production and bury them in rocks deep underground.

Bakken Energy also has applied for a $100 million loan through the Clean Sustainable Energy Authority. Loan requests from applicants total $165 million. As much as $250 million is available through a line of credit form the Bank of North Dakota to support loans.

Notably, Project Tundra is not among the applicants. Lawmakers had it in mind when crafting the energy authority during the legislative session earlier this year. Minnkota Power Cooperative told the Tribune last month that it was not yet ready to seek additional state assistance for the project, which aims to capture emissions from the coal-fired Milton R. Young Station near Center. The co-op is working through changes to its engineering plans first but could seek energy authority assistance in a future funding round, according to Minnkota.

The Clean Sustainable Energy Authority’s advisory committee will meet Dec. 8 to discuss the applications. The full authority will meet Dec. 14 to make recommendations to the Industrial Commission. The three-member commission chaired by Gov. Doug Burgum is expected to choose the first awardees on Dec. 20. The state will consider future requests for assistance during additional funding rounds next year.

The Industrial Commission on Monday also set guidelines for selecting a developer to build a cross-state pipeline bringing natural gas from the Bakken oil fields into eastern North Dakota.

Lawmakers during the special session approved $150 million in grant money to support natural gas infrastructure, $140 million of which is meant to go to a pipeline spanning the width of the state. The idea is to bring gas service to more central and eastern North Dakota communities, as well as to industrial and agricultural facilities.

Project applications are due April 1, 2022, at which point a review committee will begin to evaluate proposals. The commission is expected to select a grant recipient at its May 24, 2022, meeting. The recipient must show by Nov. 24, 2022, that it has secured sufficient commitments from companies in the oil patch to ship gas.

Such a pipeline is expected to cost $1 billion. State funding cannot exceed 40% of the cost under the guidelines approved Monday. It’s possible the Legislature could approve more grant money when it next meets in early 2023.

The additional $10 million is meant for a short pipeline that will bring natural gas service from a large pipeline in western Minnesota to an industrial site in Grand Forks. The commission is expected to select a developer at its April 26, 2022, meeting.