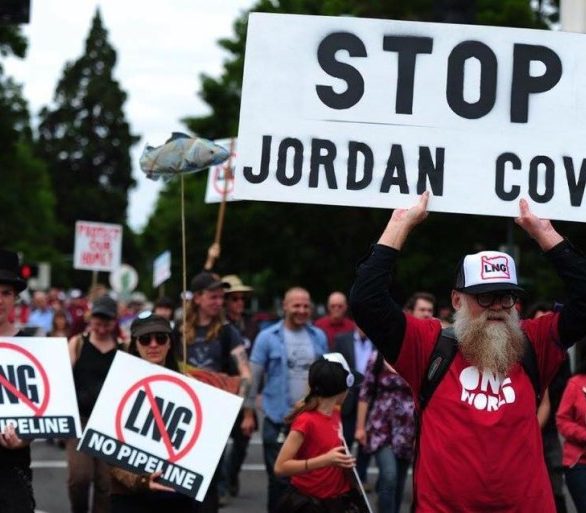 Their efforts were not successful.

The mayor broke a tied vote to approve an application by Pembina, a Canadian fossil fuel corporation.

The decision resulted in many audience members yelling out despite multiple requests by council members to stop.

The application approval now opens the door for the corporation to potentially operate in a portion of the Coos Bay estuary.

Non-profit, “Coos Bay Surfrider,” says its fight against the Jordan Cove LNG Project and the pipeline is far from over.

“This thing could not only be an environmental disaster, but a huge disaster for this little community,” said Todd Buchholz, policy chair for the Surfrider Foundation, Coos Bay chapter. “That’s why we’re saying not in our backyard. If you want this thing put it somewhere else.”

Buchholz says several federal agencies are involved in approving a permit for Pembina and that could take years along with meeting other requirements.

The project and accompanying pipeline would extend from Malin to Coos Bay where gas would be liquefied at Jordan Cove for export.

Supporters for the pipeline believe the project will bring millions in tax dollars to southern Oregon, provide jobs, and reduce global emissions by reducing Asia’s use of fossil fuels.