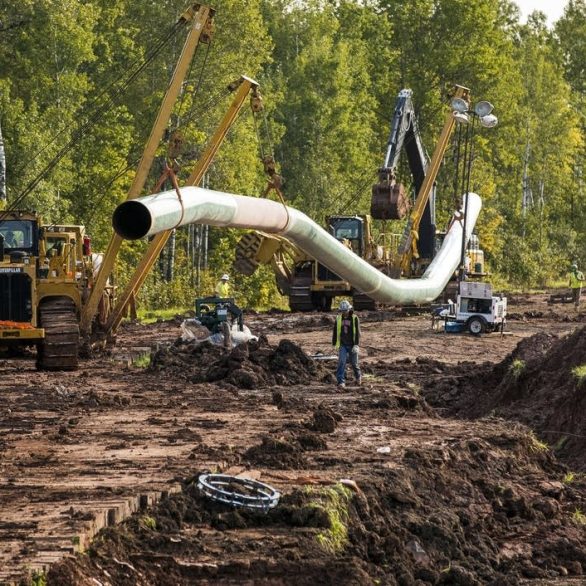 ST. PAUL, Minn. (AP) — The Minnesota Court of Appeals on Monday said state regulators must conduct a further review for Enbridge Energy’s plan to replace its deteriorating Line 3 crude oil pipeline because the project’s environmental impact statement doesn’t address the possibility of an oil spill into the Lake Superior watershed.

The Public Utilities Commission last year signed off on what was intended to be the Minnesota Department of Commerce’s final environmental review of the project. Several environmental and tribal groups appealed that decision. A three-judge panel voted 2-1 to send the case back to the commission for further proceedings regarding the potential impact on Lake Superior, but rejected all the opponents’ other claims.

The $2.6 billion replacement pipeline would carry Canadian crude from Alberta oil across northern Minnesota to Enbridge’s terminal in Superior, Wisconsin, which lies just south of Lake Superior. The current Line 3, which was built in the 1960s, is increasingly subject to corrosion and cracking, and runs at only about half its original capacity for safety reasons.

Tribal and environmental groups argue that the project risks oil spills in pristine areas of the Mississippi River headwaters region where Native Americans gather wild rice, and that the Canadian tar sands oil that the line would carry accelerates climate change.

The commission earlier this year gave a green light for construction of Line 3, which was separate from its approval of the environmental impact statement. Project opponents and the state Commerce Department are appealing that approval separately, raising different legal issues. Meanwhile, regulators are still considering several permit applications.

Calgary, Alberta-based Enbridge said it was disappointed with the court’s decision, saying the environmental review was the most extensive study of a pipeline project in state history, and that it will consult with state regulators on its next steps. Enbridge had hoped to put the new line into service in the second half of 2020.

Winona LaDuke, executive director of the indigenous environmental group Honor the Earth, which is a party to the case, said she was “elated” about the ruling affecting Lake Superior. But she said they’re considering appealing on the arguments that the court rejected, including their assertion that state law requires completion of a survey on the potential impacts on tribal historical and cultural resources as part of the environmental review.

Republicans legislators tried unsuccessfully during the recent session to try to block the Commerce Department from participating in the various Line 3 appeals. But Democratic Gov. Tim Walz has said he wants to let the legal process play out.