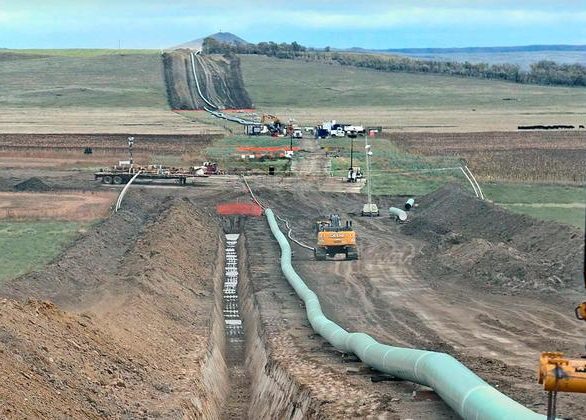 Democrats Back Attempt To Shut Down North Dakota Pipeline

Three dozen congressional Democrats are backing an attempt by the Standing Rock Sioux Tribe to shut down an oil pipeline in North Dakota while the U.S. Army Corps of Engineers conducts an environmental review.

The group that includes Sens. Cory Booker, Kamala Harris and Elizabeth Warren filed a brief in federal court Wednesday asserting that allowing the Dakota Access pipeline to operate during the review would give federal agencies “bureaucratic momentum” and violate treaty rights and tribal sovereignty.

“The pipeline’s ultimate fate will be a political decision and these leaders understand that DAPL should have never been routed through tribal lands,” Earthjustice attorney Jan Hasselman, who represents the tribe, said of the 36 Democrats.

A Department of Justice spokesman declined to comment on behalf of the Army Corps.

A half-dozen briefs have been filed by states and groups in favor of keeping the pipeline running.

The pipeline was the subject of months of protests, sometimes violent, during its construction in late 2016 and early 2017 near the reservation that straddles the North Dakota-South Dakota border. It began carrying oil in June 2017.