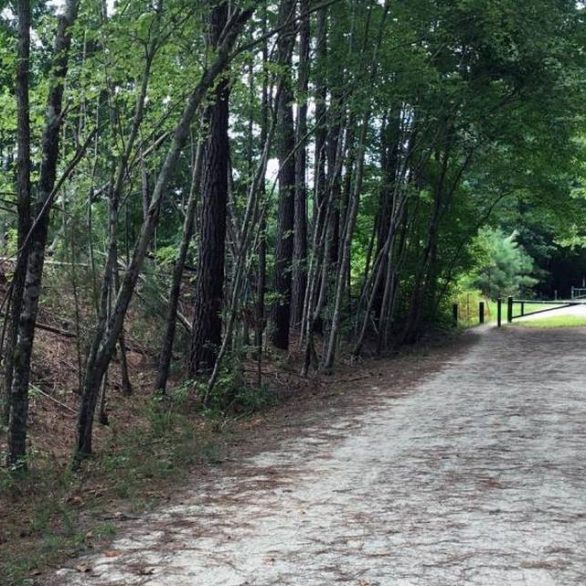 Dominion Energy: Gas Pipeline Will Not Be Built Along The American Tobacco Trail

June 3, 2020
Dominion Energy has decided not to construct a natural gas pipeline along a stretch of the American Tobacco Trail in Chatham, Durham and Wake counties. The company still plans to build a 13-mile pipeline from southwestern Wake north toward Durham County. But it has ruled out seeking an easement along the ATT, a trail popular with walkers, runners and cyclists, said spokeswoman Persida Montanez. “After careful evaluation, we have determined that the route paralleling the American Tobacco Trail is not our preferred route,” Montanez wrote in an email Tuesday. “In the coming weeks we will be working to finalize the details of a route that will lie primarily within existing road rights-of-way.”Dominion Energy notified the N.C. Department of Transportation, which owns the former railroad corridor the trail follows, of its decision by phone on Monday, said NCDOT spokeswoman Katie Trout.Dominion Energyo had described the route along the trail as an option. The company approached NCDOT about acquiring an easement that would allow it to build and operate a 12-inch pipeline along the trail from Morrisville Parkway in Cary about six miles north through Chatham County to Scott King Road in Durham.

Early last month, the state Board of Transportation agreed to grant the easement for a one-time payment of $3 million. NCDOT said the details of the easement agreement had not been worked out.

News of the potential easement caught trail users and local government officials by surprise. They worried that clearing a 30-foot swath of trees and brush to the side of the trail would change its character. Opponents quickly organized to fight the idea, including two petitions on Change.org that received more than 5,900 signatures between them.

Montanez said the public opposition to the American Tobacco Trail route was not a factor in the decision to rule it out.

“We have been in the process of thoroughly evaluating multiple routes,” she wrote. “We have carefully considered the constructability, cost, impacts and other factors for each route. Based on our extensive evaluation, we have determined the route paralleling the American Tobacco Trail is not the preferred route.”