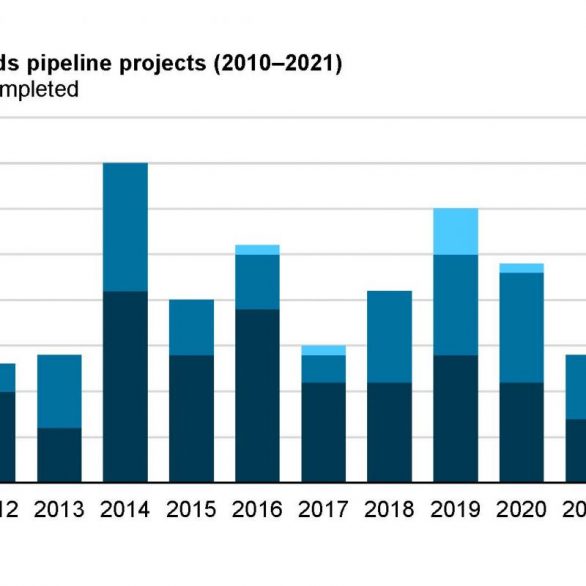 Of the 14 completed projects:

Some projects are related to each other and may carry the same fuels to their final destination. As a result, adding together the capacity of all projects would result in overestimating or double-counting some pipeline capacity.

The Liquids Pipeline Projects Database complements the EIA’s natural gas pipeline projects table. The EIA updates its Liquids Pipeline Projects Database based on the best available information from pipeline company websites, trade press reports and government documents, such as U.S. State Department permits for border crossings. The EIA updates the database twice each year. The data reflect reported plans and do not reflect our assumptions on the likelihood or timing of project completion.