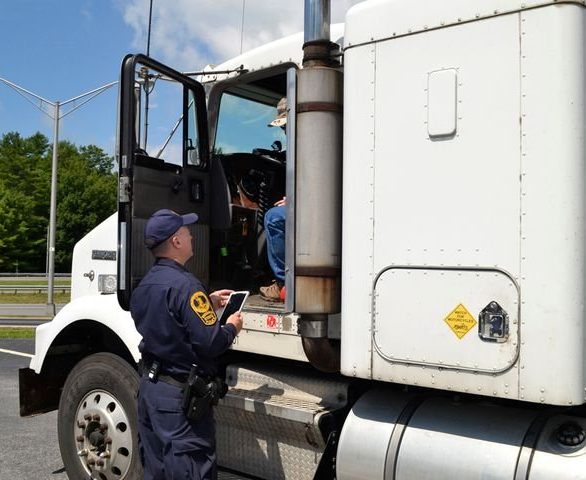 ELD Mandate: FMCSA and the Law of Unintended Consequences

Have mandatory electronic logging devices improved truck safety? Does the Federal Motor Carrier Safety Administration’s Crash Preventability Determination Program give a true look at which motor carriers are the safest?

Researchers at the Supply Chain Management Research Center at the University of Arkansas say no.

A recent study concluded that the federal ELD mandate has not reduced accidents — in fact, the study found its implementation correlates with an increase in unsafe driving incidents.

“Surprisingly, the number of accidents for the most-affected carriers — those operators for whom the federal mandate was intended — did not decrease,” said Andrew Balthrop, research associate in the Sam M. Walton College of Business and one of the study’s authors. “In fact, following the implementation of the mandate, accidents among small carriers and independent owner-operators increased relative to large asset-based carriers.”

The ELD mandate took effect in December 2017, with “light enforcement” focusing on education until April 1, 2018. Truck drivers now had to track their hours of service with an electronic logging device rather than traditional paper logs, making it harder for drivers to manipulate records to make it appear they are complying with HOS regulations when they actually are not.

The researchers compared data over three time periods: before the mandate, during the light enforcement period, and after strict enforcement began. They also looked at these numbers by company size, ranging from independent owner-operators to carriers with more than 50,000 trucks.

The ELD mandate significantly improved driver compliance with reporting hours of service, the researchers found. This was especially true for small carriers and independent owner-operators. Pre-ELDs, the vast majority of hours-of-service citations were for “form and manner” violations; those have virtually disappeared.

Large carriers, however, had already been using electronic logging devices before the mandate and were practically unaffected. As a control group, the researchers used a group of seven large asset-based carriers that had ELDs installed since the middle or even early 2000s.

For most carriers (except those with more than 50,000 trucks) the number of accidents actually increased after the federal ELD mandate took effect, researchers found. This was especially true for independent owner-operators. They experienced an 11.6% increase in accidents, and carriers with two to 20 trucks had a 9% increase, according to the study.

The researchers’ analysis of unsafe driving infractions for different sizes of carriers during the light and strict enforcement periods showed that these also increased. This was true for all size categories, but the increases were greater for small and medium-sized carriers that had not been using an ELD before the mandate.

“Our results indicate the electronic logging device mandate did not immediately achieve its goal of reducing accidents,” Balthrop said. “Drivers have reacted in ways the FMCSA has not fully anticipated, and these behaviors should be accounted for as the FMCSA revisits their hours-of-service policies.”

The ELD mandate coincided with an increase in unsafe driving and speeding citations among truck drivers, and this likely caused an increase in accidents, Balthrop said. The stricter hours-of-service enforcement seems to have led more drivers to try to compress their routes into the time allotted.

“Unsafe driving behaviors among the adopting carriers increased by about a third,” Balthrop said on the HDT Talks Trucking podcast. Infractions such as improper lane changes or following too closely or speeding were on the rise. “You see these unintended consequences of this ELD mandate really pop out at you in the data.”

Some critics of the study said fatigue-related crashes would be a better measure of whether the ELD mandate is working.

“I think it’s only one part of the story,” Balthrop responded. “Our approach to this was that this changes incentives. If there is a hard stop on the day, and if there’s a device on your dashboard that’s telling you that you have 20 minutes left, the incentives are all going to be there to rush a little bit more.

“Measuring fatigue-related crashes is difficult. And crashes itself is a really difficult variable to deal with because there’s a lot of things that go into crashes — what is the road condition like, how congested was it, what are other drivers doing around you. Violations, the kind of driver behaviors indicated by those violations, I think is a less noisy variable,” he said. Increases in speeding and unsafe driving, he said, “is pretty indicative … that drivers are rushing more to get the loads done in that hard window.”

The study’s data would seem to give additional fodder to proponents of mandatory speed limiters, but Balthrop cautioned that those could result in unintended consequences, too. “You know, like how furious do people get when they’re behind two trucks that are stuck at 62 on this two-lane interstate, or not being able to pass safely or not being able to merge well — these things are harder to measure.”

Balthrop’s co-authors were Alex Scott, assistant professor of supply chain management at the University of Tennessee; and Jason Miller, associate professor of logistics at Michigan State University. Their findings were published in the Journal of Operations Management.

Balthrop also worked with Scott on an earlier study, this one about the FMCSA’s Crash Preventability Determination Program, which found that the program distorts the overall motor carrier safety data.

The crash preventability program, made permanent in 2020 following a pilot program, set up a process for motor carriers to get non-preventable crashes thrown out of the calculation of the carrier’s safety measurement profile. For certain types of crashes, fleets can submit a Request for Data Review with the police accident report and other supporting documents, photos, or videos through the FMCSA’s DataQs website. If FMCSA agrees, those accidents are not counted in the carrier’s score. It was something that motor carriers had pushed forever since the Compliance, Safety, Accountability program went into effect.

In a November 2020 report, “The Consequences of self-reporting biases: Evidence from the Crash preventability program,” published in the Journal of Operations Management, the researchers found that relying on trucking companies to self-report information often results in biased measures.

Large for-hire firms are much more likely to report not-at-fault for accidents — over 40 times more likely than independent drivers — even after controlling for time, location, and weather. “When comparing independent drivers with large firms, the reporting disparities make large firms appear 25% safer when using at-fault accidents versus all accidents, while providing no improvement in predicting future accidents,” notes the report abstract.

In the data examined by the researchers, motor carriers with one truck disputed 23 of the 15,935 accidents they were involved in (0.1%). In contrast, carriers with more than 5,000 trucks disputed 763 of their 8,291 accidents (9.2%). In other words, the largest carriers were more than 63 times more likely to dispute an accident than a single-truck carrier. Large carriers also were more successful in convincing the FMCSA that they were not responsible for the accident.

“It seems like a good idea, right?” Balthrop said. “Accidents that aren’t your fault shouldn’t be very predictive of future accidents. But the issue is that because you put the onus of doing this on carriers, rather than the FMCSA just doing this automatically … only large carriers that are in markets that safety scores are really important end up challenging these crashes.

“An owner-operator who’s working full-time driving doesn’t have the staff to go challenge bureaucratic findings, so they don’t do it. And because of that, these adjusted safety scores are much less predictive as a result.”