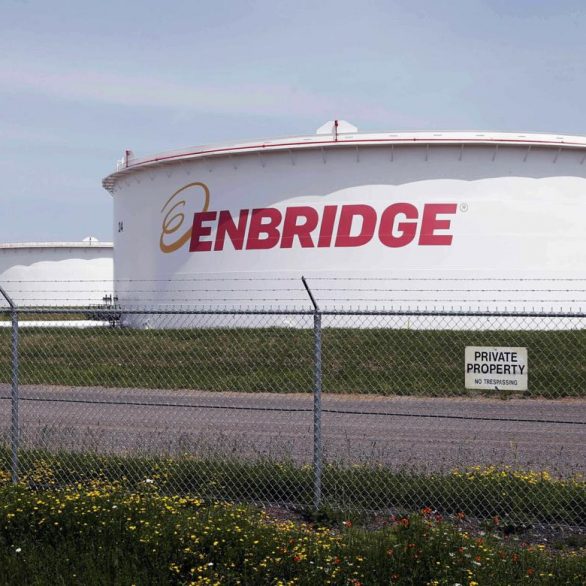 August 30, 2021
As construction on the Line 3 replacement project gets closer to completion, Enbridge officials are also preparing for the deactivation of the original oil pipeline.

During a digital construction update meeting Wednesday, Aug. 25, Line 3 Project Vice President Leo Golden said construction is more than 90% complete and that it is expected to be in service in the fourth quarter of 2021. Work on the project began late last year when Enbridge obtained the necessary permits after a six-year regulatory process.

The original Line 3 was installed in the 1960s and extends from Alberta, Canada, to Superior, Wisconsin. Because of its age and condition, the existing pipeline is operating at half capacity.

Both pipelines are on a route that goes through North Dakota from Canada until they reach Clearbrook, Minnesota. From there, the existing pipeline takes a direct path east, going through the Leech Lake Band of Ojibwe.

The new route, meanwhile, goes south from Clearbrook to the border of Hubbard and Wadena counties and then extends east to a terminal in Wisconsin. Work has already been finished in Canada, North Dakota and Wisconsin.

“We’re coming down off our peak workforce,” Golden said. “That will continue to drop off as the scope of the work wraps up.”

While construction work on the new pipeline will be finished by the end of the year, Enbridge officials said more needs to be done in the future. In 2022, restoration and cleanup operations will take place after the new pipeline is in operation.

“One thing to note about Line 3 is that it’s in the middle of our existing corridor,” Bordson said. “Other lines have been built around it, so it’s pretty well nested. We will continue that monitoring of the corridor and once the new line is in service, that’s when our deactivation activities will take place.”

Bordson said Enbridge will give regulatory notice of the old pipeline’s operational status before removing the oil from the infrastructure. Enbridge will then put through a cleaning solution, before disconnecting the pipe and sealing it off.

While the meeting was taking place Monday, a protest against the pipeline took place with more than 1,000 participants at the Minnesota Capitol. Protestors were calling on Gov. Tim Walz and President Joe Biden to halt the construction of Line 3.

The protests came a day after the Minnesota Supreme Court declined to review an appellate court decision affirming the project’s approval from state utility regulators on Tuesday.