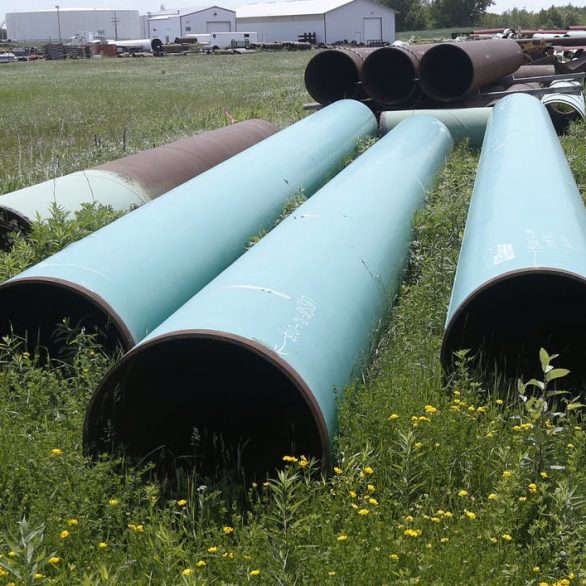 Enbridge had hoped this month to be building its controversial and much-delayed oil pipeline across northern Minnesota. Instead, the company may miss prime construction season for the second year in a row.

Minnesota pollution-control regulators are expected to announce this week whether to make a deeper inquiry into Enbridge’s pipeline construction permits.

If they do — and that seems increasingly likely — Enbridge probably won’t be able to start construction until late fall at best.

The $2.6 billion proposed pipeline, which is a replacement for its deteriorating Line 3, has been winding through the state’s regulatory process for five years. The Minnesota Public Utilities Commission (PUC) reapproved the new Line 3 in early February.

The PUC is the primary regulator of oil pipelines in Minnesota, including determining the risk of oil-spill hazards once they are in operation. But Enbridge must also get more technical approvals from the Minnesota Pollution Control Agency (MPCA) and other agencies.

The MPCA in February released “draft permits” for the new Line 3 construction. In April, environmental groups and Ojibwe bands that oppose the new line petitioned the MPCA to conduct a “contested case” on the permits.

A contested case usually involves hearings and a review by an administrative law judge. Darin Broton, an MPCA spokesman, said Tuesday that the agency is still reviewing its decision, though he declined to disclose it.

“We are looking at the legal guidance set by the [Minnesota] Court of Appeals in the PolyMet case,” he said. “The Court of Appeals made it clear that agencies don’t have unfettered discretion to reject a contested case if issues of fact are unresolved.”

In January, then-Chief Judge Edward Cleary said the Department of Natural Resources (DNR) erred in not holding contested case hearings on the PolyMet permits to vet objections by environmental groups and Indian bands. He ordered the DNR to do so.

If the MPCA holds a contested case on Line 3 permits, its deadline for reaching a final decision would effectively be extended from mid-August to mid-November.

The PUC originally approved the new Line 3 in 2018. That decision was essentially unwound in 2019 when an appellate court shot down the PUC’s blessing of the project’s environmental impact statement (EIS).

The PUC approved a retooled EIS in February, along with the project itself.

Last month, pipeline opponents asked the PUC to reconsider that approval, saying Line 3 was even more unnecessary due to the COVID-19-induced implosion of the oil industry, particularly in Canada.

On Monday, Enbridge told the PUC that the oil market’s swoon is a “short-term” disruption that doesn’t alter the need for Line 3. Oil shippers said the same in a separate filing with the PUC.

“The pandemic has disrupted lives and economies across the globe,” Enbridge said in a filing with the PUC. “However, the ‘new information’ provided by these longtime Project opponents as to energy demand or consumption fails to support any claim that the Project is not now needed.”

Enbridge said the pipeline is a critical safety enhancement. The current Line 3 is corroding and therefore running at only half capacity. The new pipeline would restore full oil flow.

Environmental groups and some Indian bands have said the pipeline — which follows a new route — would open a new region of pristine waters to the prospect of oil spills, as well as abetting increased greenhouse gas emissions.