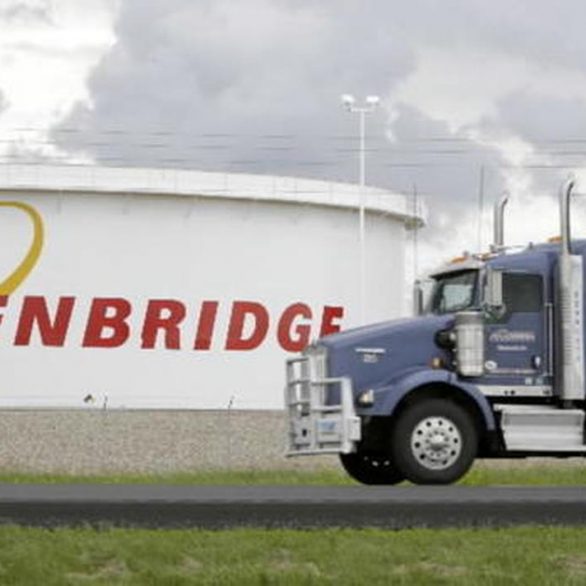 November 19, 2019
The Minnesota Pollution Control Agency had denied a permit for the oil pipeline in September and requested more information before Enbridge reapplied.

Enbridge has reapplied for a key water permit for its proposed Line 3 oil permit, almost two months after the Minnesota Pollution Control Agency denied the permit and asked the Canadian oil company to provide more information before it reapplies.

Enbridge submitted the application for the 401 certification on Friday, and the MPCA must approve or deny the permit within one year. The MPCA is reviewing the documents, the agency said in a news release Monday afternoon.

A 401 certification is awarded by a state’s regulators if the project’s impact on waterfalls within the state’s standards. Federal agencies cannot issue a federal permit or license without a state approving the 401 certification.

In September, the MPCA issued Enbridge a “denial without prejudice” on its first Line 3 401 certification application because it needed more information in three areas: “oil spill response modeling in the Lake Superior Watershed, a pre- and post-construction monitoring plan for aquatic resources, and a revised proposal for mitigating more than 400 acres of forested wetlands that will be impacted during construction.”

Enbridge did not, however, submit revised information on what effect a spill would have on Lake Superior’s watershed. Hahn said, “spill response modeling will be prepared during the (environmental impact statement) process.”

That’s up to the Minnesota Department of Commerce, which has until Nov. 30 to report back to the Minnesota Public Utilities Commission with updated environmental review detailing the effects of an oil spill in Lake Superior’s watershed. A public comment period will follow.

The Minnesota Court of Appeals in June ruled the environmental impact statement of the proposed pipeline project was “inadequate” because it did not consider the effects of an oil spill in Lake Superior’s watershed. Other aspects of the plan had been disputed but the court ruled that they could stand.

Tribal and environmental groups questioned those aspects of the environmental impact statement, including the pipeline’s impact on tribal resources, and asked the Minnesota Supreme Court to review it. The court in September denied the request to take up the case, sending the proposal back to the PUC for review.

Enbridge’s proposed 340-mile-long pipeline would carry 760,000 barrels of oil per day from Alberta to the Enbridge terminal in Superior. The pipeline would replace Enbridge’s existing 50-year-old Line 3, but follow a new route through much of Minnesota.

Line 3 would go around Duluth, not through.
SOURCE
Return to All News