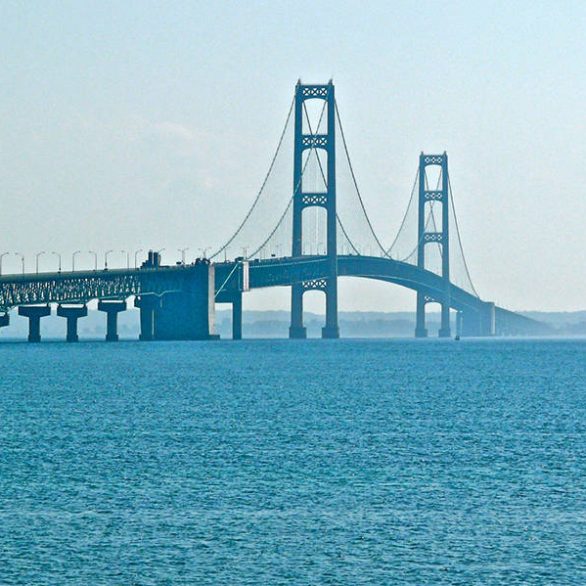 Enbridge has restarted flows on a portion of its Line 5 pipeline in Michigan after shutting the line temporarily on Saturday when maintenance crews discovered a screw anchor support had shifted from its original position.

The issue with the support, observed on Thursday, is isolated to the east leg of the pipeline which runs along the bottom of the Straits of Mackinac which connect Lakes Huron and Michigan.

Enbridge confirmed there are no issues or damage to the anchor structures or pipeline on the west leg which was reopened on Saturday.

The company notified both the state of Michigan and PHMSA immediately upon discovering the issue.

Although PHMSA was not opposed to reopening the west portion of the pipeline, Michigan Governor Gretchen Whitmer, a long-time opponent of the pipeline, demanded Friday that Enbridge provide proof that the damage will not pose a threat to the area.

Whitmer said the damage and how it occurred calls into question the viability of the pipeline and called for it to be shut down.

“That’s why I am requesting Enbridge turn over to the State of Michigan all relevant information about this most recent damage and provide affirmative evidence that establishes the integrity of the pipeline,” Whitmer said in a statement.

Enbridge spokesman Ryan Duffy clarified that the issue does not affect the pipeline itself and CEO Al Monaco sent a letter to Governor Whitmer confirming the company would be providing the information the Governor has requested.

Line 5 in the Straits consists of two 20-inch pipelines, an east leg and a west leg, running parallel to each other for the 4.5 miles across the lakebed carrying oil and natural gas liquids from Superior, Wisconsin, to Sarnia, Ontario.

In response to concerns regarding the safety of the pipeline from environmental groups and the state of Michigan, Enbridge has agreed to build a $500 million tunnel underneath the Straits to house the pipeline, a plan which has also come under fire from Governor Whitmer.

Reports on the problem with Pipeline 5 come after Enbridge reached an agreement with the U.S. Environmental Protection Agency to pay a $6.7 million fine for allegedly failing to quickly fix pipeline safety issues. The EPA determined that Enbridge neglected to properly evaluate thousands of “shallow dents” on its Lakehead Pipeline System, which runs across northern Minnesota and northwestern Wisconsin.

Enbridge signed a consent decree in 2017 with the U.S. Justice Department to resolve claims in 2010 from a massive oil spill in Michigan and another pipeline leak in Illinois. The company paid $177 million and pledged to improve pipeline safety under that agreement.

The 6th U.S. Circuit Court of Appeals earlier this month ruled Enbridge has legally acceptable plans for dealing with potential spills from pipelines under the Straits of Mackinac. A strategy for dealing with an oil spill in the event of a Line 5 failure is required under the Clean Water Act.