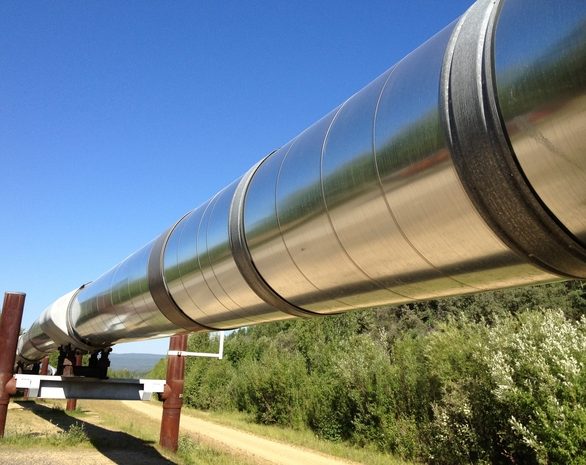 SUPERIOR, Wis. (AP) — Enbridge Inc. said Friday it has launched the permitting process for rerouting its Line 5 pipeline across northern Wisconsin after the Bad River Band of Lake Superior Chippewa sued to force removal of the pipeline from its reservation.

Enbridge said it’s also filing a separate application with the Wisconsin Public Service Commission, which would determine whether the reroute is in the public interest and whether to allow the company to use eminent domain to obtain land for the project.
Line 5 runs from Superior to Sarnia, Ontario, crossing about 12 miles of the tribe’s reservation. Enbridge plans to completely remove the pipeline from tribal lands. The company estimates the costs will likely top $100 million.

The proposed new route loops south of the reservation, spanning roughly 40 miles across Ashland and Iron counties and crossing the Bad River upstream from the reservation near Mellen. The company said it believes the route “best balances the impacts to protected environments and the impacted communities.”

The company plans to hold public meetings about the project in Ashland, Mellen, and Hurley later this month.