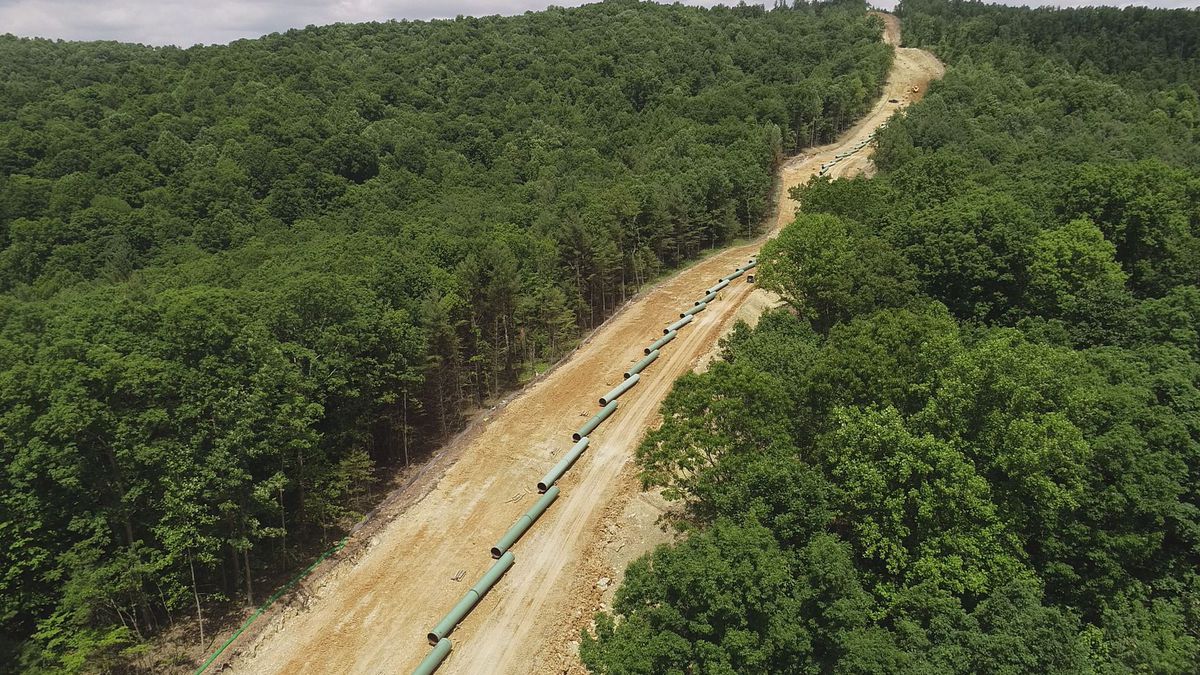 In the latest misfortune for the Mountain Valley Pipeline, a federal appeals court put a hold Monday on newly issued permits that would have allowed the pipeline to cross water bodies.

The 4th U.S. Circuit Court of Appeals granted a full stay late in the afternoon, after hearing oral arguments in the morning from environmental groups concerned about the pollution of nearly 1,000 streams and wetlands.

“Communities along the pipeline route have been on edge these last several weeks as the company has moved in heavy equipment and started doing work, so we’re glad the court pressed pause on this permit,” said Peter Anderson, Virginia program manager for Appalachian Voices, one of the groups that sought the stay.

The ruling means the buried natural gas pipeline cannot cross water bodies — either by boring under or trenching through them — until the 4th Circuit rules on an underlying challenge of the permits. That is not expected until next year.

Meanwhile, the 4th Circuit is considering a request for a second stay, this one of a U.S. Fish and Wildlife Service opinion that the buried pipeline would not jeopardize protected species of fish and bats.

If the court were to grant that stay, it would effectively shut down nearly all construction of the 303-mile pipeline through West Virginia and Southwest Virginia through at least the end of this year.

Derek Teaney, a lawyer for the environmental groups, argued Monday that if the 4th Circuit did not delay the stream crossings, Mountain Valley would have them completed before the case is decided.

Judge Stephanie Thacker noted that in an August earnings call, an executive with Equitrans Midstream Corp., the lead partner in a joint venture of five energy companies building the pipeline, said that it planned to finish the steam crossings as quickly as possible, before a legal challenge could be filed.

Asked to explain the company’s strategy, Mountain Valley attorney Trey Sibley said quick action was required because the pipeline’s opponents “are implacable. … They will challenge anything we do.”

Since construction was halted a year ago as legal challenges piled up, it has cost the company $20 million a month to maintain erosion and sediment control measures on the dormant construction zones, Sibley said.

But any harm to Mountain Valley is self-inflicted, Teaney countered, by the company’s failure to prevent muddy runoff from contaminating nearby streams.

Mountain Valley spokeswoman Natalie Cox wrote in an email late Monday that while the company is “disappointed with the outcome of today’s decision, we are hopeful and expect that once the case is reviewed on the merits of the arguments there will be a different conclusion.”

The three-judge panel that entered the stay — Thacker, Chief Judge Roger Gregory and Judge James Wynn — was the same one that in 2018 struck down the initial stream-crossing permits issued by the U.S. Army Corps of Engineers.

In that case, Wynn repeatedly asked Mountain Valley’s lawyers why the company did not apply for individual permits, rather than rely on a broader approval called a Nationwide Permit 12, which critics say lacks a stream-by-stream analysis.

But after the permits were thrown out, Mountain Valley sought the same Nationwide Permit 12. The Army Corps issued new approvals Sept. 4, after a yearlong review. About a month later, the Federal Energy Regulatory Commission allowed construction to resume.

But now, with new legal challenges of the Army Corps’ and Fish and Wildlife Service’s approvals, work on the pipeline could soon grind to another stop.