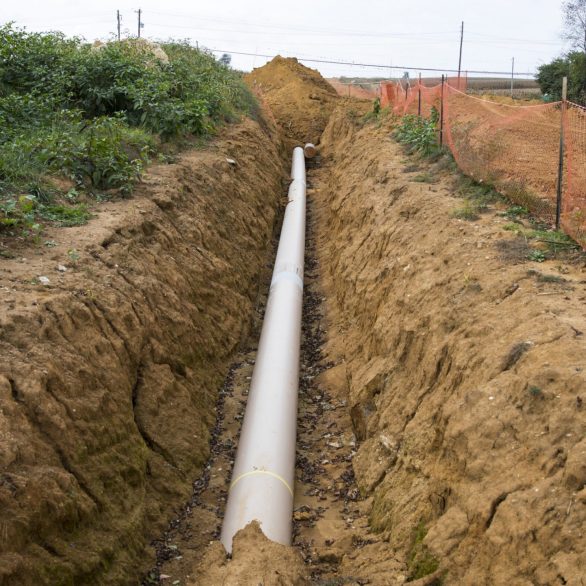 The Federal Energy Regulatory Commission has issued new policy statements saying its approval process for natural gas pipelines and liquified natural gas facilities will take greenhouse gas emissions and “environmental justice” impacts into consideration in determining whether the infrastructure projects are in the public interest.

Although non-binding, the policy statements, issued last month, could significantly change how natural gas pipelines are approved by the commission going forward. Under its new approach, the commission would be required to determine whether a project is actually needed to meet the energy demands of a given region and whether it is in the public interest, with its benefits outweighing its potential adverse impacts, such as air pollution or threats to groundwater.

Interim guidelines, which have gone into effect but remain open for public comment through April 4 before being finalized, require environmental impact statements for all projects emitting more than 100,000 metric tons of gases every year.

Pipelines and liquified natural gas facilities often release into the atmosphere vast quantities of methane, the main ingredient in natural gas, because of accidents, or during repairs and routine maintenance. Methane is a climate super-pollutant 80 times more potent than carbon dioxide over a 20-year period.

While climate advocacy groups have welcomed FERC’s policy statements, opponents argue that they may have damaging impacts on industry’s ability to transport natural gas and export liquified natural gas, which is produced through an energy-intensive process that requires cooling natural gas to -259 degrees Fahrenheit.

“These policies are going to make it next to impossible to build any new natural gas infrastructure or upgrade our existing facilities in the United States,” he said.

Sen. Joe Manchin (D-W. Va.) expressed a similar view at the hearing. “There is an effort underway by some to inflict death by a thousand cuts on the fossil fuels that have made our energy reliable and affordable,” he said.

But Richard Glick, FERC’s chairman, said that the policies came in response to various court decisions in which the commission’s pipeline approvals were vacated because the commission had not sufficiently determined the pipelines were needed by consumers to provide heat and electricity.

Glick said the commission’s approach had evolved into one in which developers’ proposals “were treated as conclusive proof of the need for a proposed project.”

“They give very little guidance in the interim policy statement on how they are going to go about doing that,” said Wochner.

He and others at the hearing also raised a concern about a lack of clarity going forward for developers about emissions and mitigation methods for reducing them.

But Ted Kelly, a senior attorney for energy markets and regulation at the Environmental Defense Fund, said that the commission’s decision to require mitigation without specifying an exact set of strict rules or emissions reduction methods provides developers with more flexibility based on the nature and scale of a particular project. “My suspicion is they would be much less happy if FERC had put in a very restrictive requirement that said you can only mitigate in this one particular way,” he said.

Although the commission’s new policies do not retroactively apply to already approved projects, they could apply in some cases in which a project may require significant changes.

The Spire STL Pipeline, a 66-mile natural gas pipeline in Illinois and Missouri that connects St. Louis to natural gas fields in the Appalachian Basin, received FERC’s approval in 2018 and has been partly operational since. But Spire’s approval was vacated by the U.S. Court of Appeals for the D.C. Circuit in June 2021. Spire is the fifth largest publicly-traded natural gas company in America.

The court held that the commission did not sufficiently determine whether the Spire STL pipeline was needed in the market or was in the public interest. The pipeline, which is fully built and transporting natural gas, must now undergo a review under the commission’s new policies.

Kelly said he believes there is at least a chance that the commission may find that the pipeline should not have been approved in the first place. “That’s going to be a very complicated situation because the pipeline is already in the ground,” he said.

But he said that it could take months for the commission to complete its review of the pipeline, and even longer for its policies’ larger impact on natural gas infrastructure to come into play.