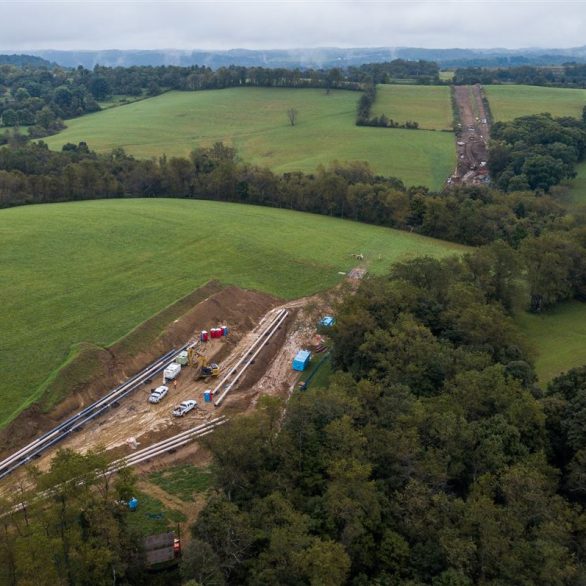 Firm Revokes Application To Build Pipeline, But Will Refile

MIDDLETOWN, N.J. (AP) — It will be a while longer before a hotly contested natural gas pipeline gets a yes-or-no decision from New Jersey environmental regulators.

An Oklahoma company on Friday withdrew permit applications with New Jersey regulators that it needs to build a pipeline from Pennsylvania through New Jersey and into New York.

But Tulsa-based Williams Companies said it will refile the applications in the next few days. The company’s Northeast Supply Enhancement Project would expand the existing Transco pipeline infrastructure in New Jersey, New York and Pennsylvania.

It said in a statement it acted to give the New Jersey Department of Environmental Protection additional time to review the project. It also still needs permits from New York authorities.

The DEP said Williams withdrew three applications, but left a fourth pending with the agency.

“Williams remains committed to installing this much-needed energy infrastructure in an environmentally responsible manner and in compliance with the states’ high environmental standards,” the company said.

A spokesman said Williams cannot speculate when it might receive a decision from the New Jersey DEP, but the company wanted to have the pipeline operating by the winter 2020 heating season.

Williams had planned to spend $926 million on the project, saying it is needed to ensure adequate heating and energy supplies to New York City and Long Island, and that it can be built safely with minimal environmental disruption.

Environmental groups and other opponents say the project would stir up tons of highly polluted sediment and reverse decades of hard-won environmental improvements in Raritan Bay, which has been struggling with pollution. They also oppose projects that would facilitate the burning of additional fossil fuels.

“The cowards at William Transco quit before a decision could be made,” said Cindy Zipf, executive director of the Clean Ocean Action environmental group. “We are very disappointed Governor Murphy was not able to defend New Jersey’s environment and his green energy vision by killing this project once and for all. Like a zombie in a horror movie, Transco has indicated they will return.”