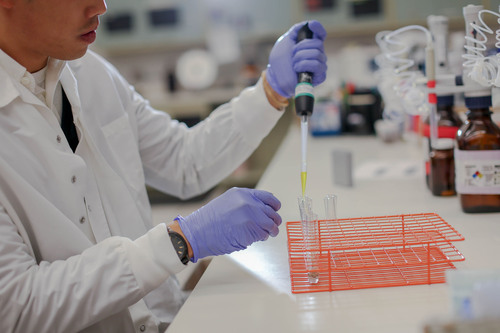 in a Dec. 27 Federal Register Notice, the agency explained that the 2018 FMCSA Drug and Alcohol Testing Survey showed the positive rate for controlled substances random testing increased to 1%. DOT regulations require FMCSA to increase the random-testing rate when the data for any calendar year shows a reported positive of 1% or more.

Trucking Under the Influence: HDT’s in-depth series on truck driver drug and alcohol use.

The minimum annual percentage rate for random alcohol testing will remain at 10%.

FMCSA estimates there are 3.2 million CDL holders operating in interstate commerce and 1 million CDL holders operating in intrastate commerce. That means that the minimum number of random drug tests performed will increase from 1.05 million at the previous 25% rate to approximately 2.1 million in calendar year 2020. The agency estimates it will cost the trucking industry an estimated $50 million to $70 million to conduct the additional tests.

Calling the move “a financial hit to the industry that no one was expecting,” Dave Osiecki, president and CEO of Scopelitis Transportation Consulting, told HDT that although this drug testing data was collected in the first quarter of 2019, “until now, there has been no indication from FMCSA about the increase in positive tests that has led to random testing rate change.”

He noted that this random testing rate increase is likely to have a small productivity impact as well, because the process of taking the driver off the road and directing him/her to a testing site takes up time that would otherwise be productive working time.

More importantly, Osiecki added, “it’s disappointing to learn that more drivers are testing positive for drugs,” Osiecki added. “This is a clear safety concern. Perhaps this is a result of greater marijuana use due to changing state laws?”

Is Drug Use Higher in Trucking Than Data Indicates?

In fact, some in the trucking industry are concerned that the actual number of drivers using prohibited substances is higher than the official drug-testing program indicates. Last summer, the Alliance for Driver Safety & Security, commonly known as the Trucking Alliance, released the results of a study comparing hair-testing results to the FMCSA’s mandated urine-testing results, which is said showed “compelling evidence that thousands of habitual drug users are skirting a system designed to prohibit drug use in transportation.” That study, the Alliance said, found that urinalysis missed 9 out of 10 illicit drug users in pre-employment testing.

When asked for the association’s response to this latest news, Lane Kidd, managing director of the Alliance, called it “clear evidence that a higher percentage of employed truck drivers are masking their drug use on the front end when applying for a job.

“Public policy makers can do much more to keep drug users out of commercial trucks,” Kidd told HDT. “For instance, we know that hair testing is more effective at identifying illicit drug use, before they get a truck driving job.”

Another problem, Kidd said, is that no clear statistics are available to know how many drug-impaired truck drivers are involved in serious accidents, “because post-accident drug testing protocols are not effectively enforced.”