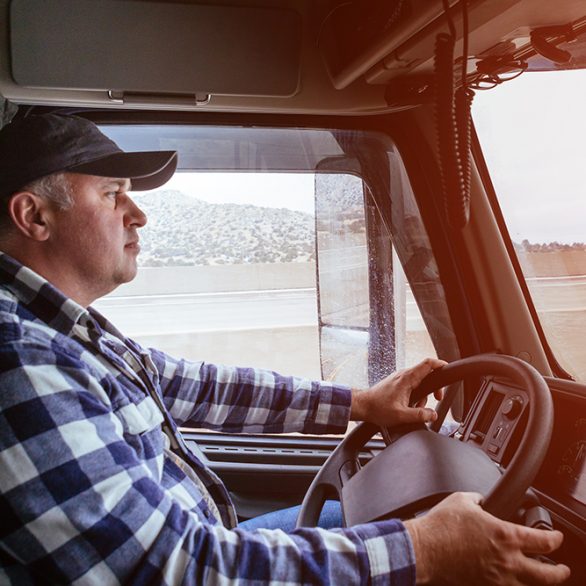 The Federal Motor Carrier Safety Administration is seeking public comment on a pilot program that would offer drivers additional hours-of-service flexibility by allowing them to pause their 14-hour driving window.

Specifically, the program, known as the Split Duty Period Pilot Program, would allow participating drivers to pause their on-duty driving time with one off-duty period of at least 30 minutes, but not more than three hours. FMCSA announced its request for comment Aug. 28.

The measure outlined in this pilot program would allow a trucker to pause his or her 14-hour driving window provided the driver takes 10 consecutive hours off duty at the end of the work shift.

Participation in the pilot program would be limited to a certain number of commercial driver license holders. According to the FMCSA document outlining details of the pilot program, the study group would include drivers from small, medium and large carriers, as well as owner-operators. In order to qualify to participate, motor carriers must meet certain criteria, such as maintaining a crash rate that does not exceed the national average. The carriers would be required to comply with pilot program procedures and grant permission for researchers to install a video-based onboard monitoring system, and gather records-of-duty status information for each participating driver.

The pilot, scheduled to operate for no more than three years, would be used to gather data to analyze the safety and feasibility of such a modification to the HOS rules. The agency is estimating a desired sample size of between 200 and 400 drivers for the program.

“FMCSA wants to hear directly from drivers about the possibility and safety of an hours-of-service pause pilot program,” FMCSA acting Administrator Jim Mullen said. “The agency remains committed to exploring ways to improve safety on our roadways, while increasing flexibility for truckers. We encourage drivers, motor carriers and interested citizens to review the proposed pilot program and provide substantive public comments for FMCSA to review.”

Mullen is scheduled to leave his post at FMCSA at the end of August. Wiley Deck, a senior policy adviser within DOT’s Office of the Secretary, will assume the role of deputy administrator. Deck previously served as director of government affairs at FMCSA.

“In our comments on the recently revised hours-of-service rules, we called for a pilot program to study the impacts this type of change would have on highway safety and our industry,” American Trucking Associations spokesman Sean McNally said. “We are pleased to see that FMCSA has taken our suggestion, and we will work with the agency to ensure this program yields meaningful data that can be used for future rulemakings.”

Pausing the 14-hour driving window was one provision that was absent from FMCSA’s final rule on changes to HOS regulations, which was issued May 14. The final rule is scheduled to take effect Sept. 29.

“OOIDA commends DOT and FMCSA for proposing the Split Duty Period Pilot Program,” said Lewie Pugh, executive vice president of the Owner-Operator Independent Drivers Association. “While we advocated that the final HOS rule should have included the split duty provision, we think the pilot program can provide substantive data to permanently give drivers more control over their daily schedules.”

The rule also will modify the split sleeper berth exception to allow drivers to divide their required 10 hours off duty into two periods: an 8/2 split or a 7/3 split. Neither period would count against the driver’s 14-hour driving window.

Additionally, the rule modifies the adverse driving conditions exception by extending by two hours the maximum window during which driving is permitted.

The final revision involves changing the shorthaul exception available to certain drivers by lengthening the drivers’ maximum on-duty period from 12 to 14 hours and extending the distance limit within which the driver may operate from 100 air miles to 150 air miles.