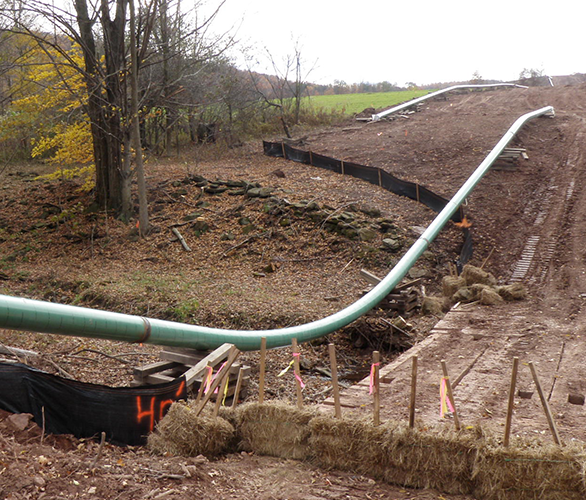 WYOMISSING, Pa. (AP) — A gas company whose bid to build a natural gas pipeline through parts of Pennsylvania and New Jersey was rejected in court says it will appeal to the U.S. Supreme Court.

The PennEast Pipeline Company said Thursday it would file its appeal by a February deadline.

In September, a federal appeals court in Philadelphia sided with New Jersey officials who argued the company can’t use eminent domain to acquire state-owned properties that are preserved for farmland or open space.

The judges wrote that the ruling could change how the natural gas industry operates.