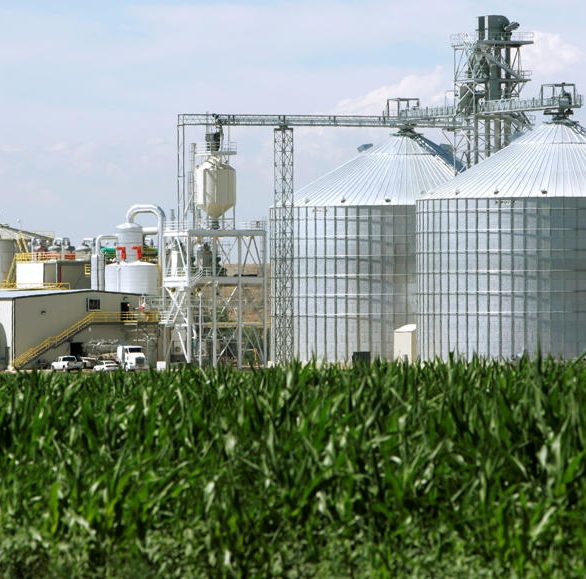 Dan Tronchetti received a letter in August that alarmed him: Summit Carbon Solutions, a company he’d never heard of, wanted his permission to conduct survey work for a 2,000-mile pipeline it planned to route through his Iowa corn and soybean fields.

But Tronchetti’s first concern was for his livelihood. “It would go more than half a mile through prime farmland,” he said.

The 65-year-old is among dozens of landowners along the route who are refusing to cede their property to the project, according to Reuters interviews with five landowners, four community groups organizing opposition, several academics and industry sources plus a review of filings with state regulators.

The impasse could escalate into potential court battles if Summit tries to seize the land by claiming eminent domain. Such legal fights contributed to the cancellation of the Keystone XL oil pipeline this year.

The outcome of the dispute poses huge stakes for Summit’s $4.5 billion project, and for the Midwest ethanol producers it would serve who are hoping to wipe away their carbon footprints and burnish their green credentials.

It also represents what could be the biggest test yet for the carbon capture and storage (CCS) industry, which has struggled for years but which advocates say could become a powerful tool in the global fight against climate change.

Underground geological formations in the United States have the potential to store 2.6 trillion tons of planet-warming CO2, enough to cover all of America’s historical emissions and those to come for centuries, according to the Department of Energy.

But there are open questions about whether CCS can ever fill them. Despite billions of dollars of public investment over the past decade, the technology remains relatively untested.

The United States boasts just 12 operational commercial CCS facilities that together have an annual capacity to store away 19.64 million tons of carbon, about 0.4% of national emissions.

Many other projects have been proposed but have either failed to reach startup or have been suspended because of financial or operational issues, including the $1 billion Petra Nova plant in Texas last year.

Jerald Schnoor, a professor at the University of Iowa’s engineering school and former chair of the Iowa Climate Change Advisory Council, said his “high hopes” for CCS had flagged in recent years after the string of project failures.

But he added that ethanol plants were theoretically prime sites for carbon capture, as they produce a highly concentrated stream of CO2.

“If you accept that climate change is a serious problem, and I do, then this large opportunity of CO2 to capture makes sense,” he added.

Summit told Reuters its pipeline project would work, be safe, and help the agriculture industry by providing a critical new revenue stream for the 31 corn ethanol plants that have signed on with the company.

“This is a pretty transformative project for ethanol to compete in a lower carbon world,” said Justin Kirchhoff, the president of Summit Ag Investors, the parent company of Summit Carbon Solutions.

The Biden administration is also encouraging the technology in its bid to decarbonize the U.S. economy by 2050, and has proposed a big hike in tax credits for its use that is now being debated in Congress. Summit would be a big beneficiary.

Summit first proposed the Midwest Carbon Express in February and has been working to get its route approved in the five states it will pass through.

Iowa, where state law has required Summit to hold public hearings in nearly every county, has emerged as the most contentious.

The state’s farmers have been outspoken opponents to the project at these meetings, and several – including Tronchetti – are petitioning the Iowa Utilities Board to release the names of other landowners along the route so they can organize.

Summit is fighting that effort, according to a Reuters review of the docket, arguing that publishing the list would give advantage to its competitors.

The farmers in the path of the pipeline are mainly concerned about damage to their crops during and after installation of the line, when soil will be disturbed and compacted.

Research published by Iowa State University this month found that first and second-year yields in the right-of-way of the nearby Dakota Access crude oil pipeline were 25% lower for soybeans and 15% lower for corn.

Summit said in a filing with Iowa regulators that it plans to compensate farmers for potential damage by paying them the full value of the crops typically grown on the affected tract in the first year of construction and operation, with diminishing payments over the following two years.

Landowners fear that if they refuse to sign voluntary agreements for Summit to use their land for the pipeline, they could take it under eminent domain laws, as has happened with some oil and gas pipeline projects.

Despite that risk, Tronchetti and Bev Kutz, a Nebraska cattle farmer in the path of the pipeline, told Reuters that they and their neighbors had refused to let Summit surveyors onto their property.

“This is a private company seeking something that isn’t in the best interest of the public,” Kutz said.

The project also faces opposition from some local green groups, like the Iowa chapters of the Sierra Club and Food & Water Watch, who have expressed safety fears and concerns that the project will be used for enhanced oil recovery (EOR).

Most existing CCS projects employ EOR, where the captured carbon is used to raise pressure in oil fields to boost crude production, something that climate activists say undermines the technology’s green goals.

Summit said it hadn’t ruled out EOR, but that its main focus was permanent storage.

The company declined to tell Reuters how much of the pipeline route it had been able to secure from landowners, but said it was optimistic.

“We are encouraged by the response we have received from landowners and look forward to continuing those conversations,” said spokesperson Jesse Harris.

CCS has been slow going around the world. There are just 27 operational commercial CCS facilities globally, according to the Global CCS Institute, with capacity in top emitter China at around 2 million tons a year.

The Midwest Carbon Express, with the capacity to carry away 12 million tonnes of CO2 a year, would outstrip the current biggest project, the natural gas Century Plant in Texas, which can capture some 8 million tons of CO2 per year.

Summit’s financial model relies on federal subsidies for CCS, as well as the proceeds from low carbon fuel credits generated by biofuels from the plants it serves.

The Biden administration’s federal budget reconciliation bill would, if passed, hike tax credits for carbon sequestration from $50 per ton of carbon to $85 per ton.

Summit has estimated the pipeline will eventually carry 12 million tons of CO2 each year from ethanol facilities, enough to generate $1 billion annually in tax credits at the higher rate.

The fuel from the plants could then be sold into states like California or Washington which have or are developing low carbon fuel markets, generating lucrative tradable credits.

All of this money could become an important revenue stream for the ethanol sector, which has plateaued in recent years.

But the pipeline’s support for the ethanol industry falls flat with some environmentalists, who criticize the business for shifting millions of acres of pastureland, idle croplands, and forests into corn crop production.