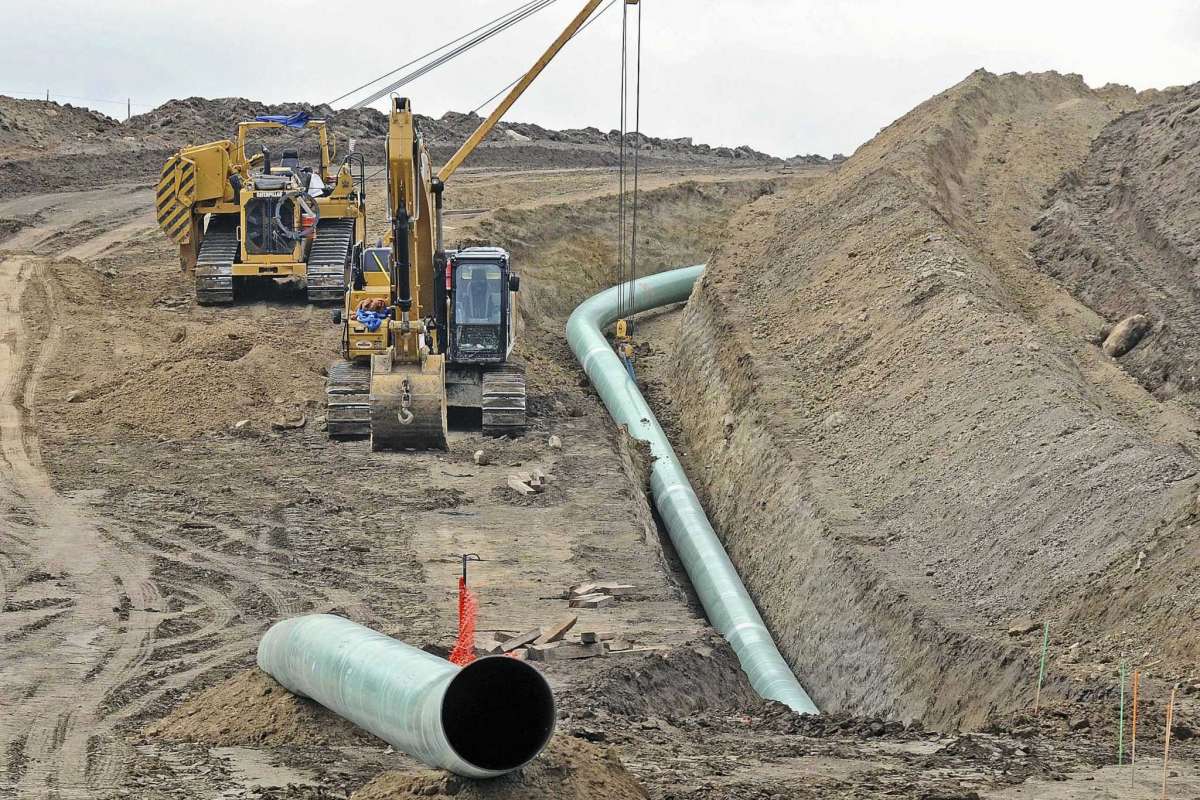 Groups Sue Over US Program Allowing Pipelines On Wetlands

Environmentalists have filed a new legal challenge to a U.S. government program that allows oil and gas pipelines to be built across wetlands, rivers and other bodies of water.

The lawsuit filed Monday in U.S. District Court in Great Falls, Montana, alleges that the U.S. Army Corps of Engineers has let companies skirt environmental reviews of potential spills by granting a blanket construction permit to the industry.

The Center for Biological Diversity, Sierra Club and other groups behind the litigation won a court order last year that temporarily blocked the program, known as Nationwide Permit 12. U.S. District Judge Brian Morris said officials did not adequately consult with wildlife agencies about pipelines’ potential harm to drinking water supplies and imperiled plants and animals.

The Army Corps issued a new permit in January, saying it expects the permit to be used more than 8,000 times a year and affect 615 acres (249 hectares) annually of wetlands and other bodies of water.

The groups behind Monday’s lawsuit said the agency failed to consider how that work could affect endangered sturgeon, whooping cranes and other wildlife that depend on wetlands.

The permit can be used only for pipeline crossings that disturb a half-acre or less of steams or wetlands. Critics say that ignores the cumulative effects from hundreds of individual water crossings along a major pipeline’s route.

The Army Corps has issued nationwide permits since the mid-1970s, and they were put into law in 1977 under Democratic President Jimmy Carter, according to the Congressional Research Service.

But opposition to pipelines has grown more intense in recent years as the industry has been pulled into a broader debate over climate-changing greenhouse gases that come from burning the fossil fuels the lines carry.

Sierra Club attorney Doug Hayes said the permit program has become “a tool for corporate polluters to fast-track climate-destroying oil and gas pipelines and exempt them from critical environmental reviews.”

The permit has been used to advance major projects, including the Dakota Access Pipeline in the Midwest, the Mountain Valley Pipeline in the Southeast and the Keystone XL pipeline from Canada to the U.S. that has since been blocked by President Joe Biden, according to the lawsuit.

Industry representatives argue the permit program has been used for more than four decades without major environmental harm.

“Presidents on both sides of the aisle have used the program,” said John Stoody, vice president of the Association of Oil Pipe Lines. “Not until the modern era — when we have activists trying to use pipelines for their climate goals — has there been any controversy.”

The Army Corps does not comment on pending litigation but will be closely tracking developments in the case, spokesperson Michael Izard-Carroll said.