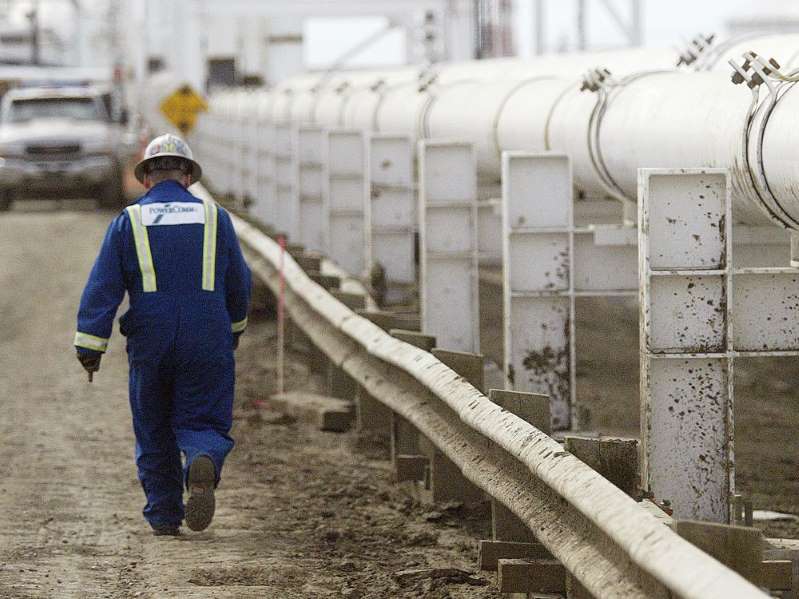 How A Pipeline Replacement, Expansion And Reversal Give Oil Producers New Route To Texas

Enbridge Inc. has been filling in the pieces of a pipeline puzzle that will allow it to move hundreds of thousands of barrels of additional oil per day to the Gulf Coast in the coming years.

The company confirmed it is waiting until next year to bring its Southern Access pipeline expansion into service. At that time, its under-construction Line 3 replacement project will be operational and transporting an additional 370,000 barrels of Canadian oil into the U.S.

Enbridge operates Canada’s largest oil export pipeline network, primarily sending crude to refineries in the U.S. Midwest. Once Line 3 is operational in late 2021, the company’s Mainline network will be able to ship 3.2 million bpd of oil to the U.S.

But analysts say the combination of Line 3 and Southern Access will allow Enbridge to move larger volumes of Canadian crude all the way to the critical pipeline hub of Patoka, Ill., which provides a clear shot to the U.S. Gulf Coast and major refineries in Texas and Louisiana.

Several pipeline developments along a route from Alberta to Wisconsin, Illinois and Texas have so far been “under the radar,” said Phil Skolnick, a New York-based analyst at Eight Capital who covers the Canadian energy industry.

The biggest of those is the reversal of the 1.2-million-bpd Capline Pipeline, which is owned by Marathon Pipe Line LLC and Plains All American Pipeline LP.

The Capline has been the largest northbound oil pipeline in the U.S., shipping huge volumes of crude from the oilfields of Texas and the Gulf Coast to inland refining markets in the U.S.

But beginning in 2021, the Capline will ship oil southbound from Patoka to southern Louisiana. Marathon did not respond to a request for comment on whether it expects to primarily ship Canadian heavy oil on the pipeline.

“It’s not well understood,” Skolnick said of how the Capline will affect Canadian oil producers.

He said the combination of Line 3, Southern Access and the Capline will offer Canadian oil producers a multi-stop alternative to the Keystone XL pipeline project, which continues to face challenges in the U.S.

“It’s kind of insurance,” Skolnick said. “It’s not perfect. It would be perfect if it was 1.2 million bpd from Edmonton or Hardisty down to Louisiana.”

Calgary-based TC Energy Corp. has been building the 830,000-bpd Keystone XL pipeline project, described as a “bullet line” between Alberta and Texas.

KXL company spokesperson Terry Cunha said the project “has been fully contracted short of the minimum capacity required by regulators to be set aside for walk-up shippers.”

The Alberta government, which invested in the Keystone XL project and provided loan guarantees for construction costs next year, did not respond to a request for comment.

Oil producers have committed to binding contracts on Keystone XL, which incoming U.S. president Joe Biden threatened to kill during the election campaign.

Altogether, the Line 3 and Southern Access expansions will add roughly 370,000 bpd of pipeline capacity for Western Canadian producers shipping crude to the U.S.

However, Enbridge’s Yu said that once Line 3 and Southern Access are operational, the company plans to optimize its entire Mainline system — and believes it can further expand the system’s capacity.

“We can probably optimize by another 200,000 to 300,000 barrels per day. That’s about what types of crude we put on which pipelines and how we maximize the pumping capacity on all five (Mainline network) pipelines,” he said. “We can do all of this without needing to invest any further capital or get more permits.”

Enbridge already operates the Flanagan South and Seaway Twin pipelines, which ship oil from the U.S. Midwest to the U.S. Gulf Coast.

At Enbridge’s most recent investor day, the company said it was looking to capture more of the market for shipping crude to the Gulf Coast.

Asked whether the company’s Line 3 and Southern Access projects were parts of that strategy, Yu said the route could provide more “egress” for Canadian oil producers.

“It could be a partial mitigation to other pipelines if they don’t go forward,” he said.