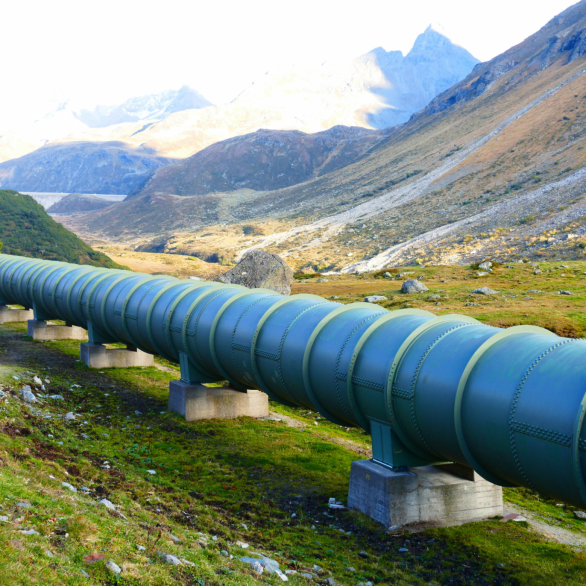 A U.S. District Court on Wednesday approved an agreement between the U.S. Forest Service and two environmental groups that filed a lawsuit to stop the 50-mile (80-kilometer) Crow Creek Pipeline Project.

Wyoming-based Lower Valley Energy wants to build the pipeline that would start near Montpelier, Idaho, and run to Afton, Wyoming. But the Alliance for the Wild Rockies and Yellowstone to Uintas Connection say it will harm protected grizzly bears and other wildlife.

“The ruling is a huge victory for the climate as well as free-roaming endangered species like grizzly bears, wolverines, and lynx,” said Mike Garrity, executive director of the Alliance for the Wild Rockies.

A lawsuit the groups filed in 2020 contended an 18-mile (29-kilometer) portion of the pipeline would cut a corridor through Caribou-Targhee National Forest and create a road through six roadless areas. The 2001 Roadless Rule prevents road construction and timber harvest in designated roadless areas, which are typically 5,000 acres (2,000 hectares) or larger.

The environmental groups argued the pipeline corridor would be a permanent motorized trail through the roadless areas.

“This unique area that links the Northern and Southern Rocky Mountains must be protected and managed as a wildlife corridor for our endangered wildlife species,” said Jason Christensen, director of Yellowstone to Uintas Connection.

Lower Valley Energy — which intervened in the case on the side of the Forest Service, as did the state of Wyoming — has previously said it has been trucking natural gas to Afton, but that delivery has been unreliable and the town has sometimes nearly run out.

About 26 miles (40 kilometers) of the pipeline crosses private land and about 4 miles (6 kilometers) crosses state land.