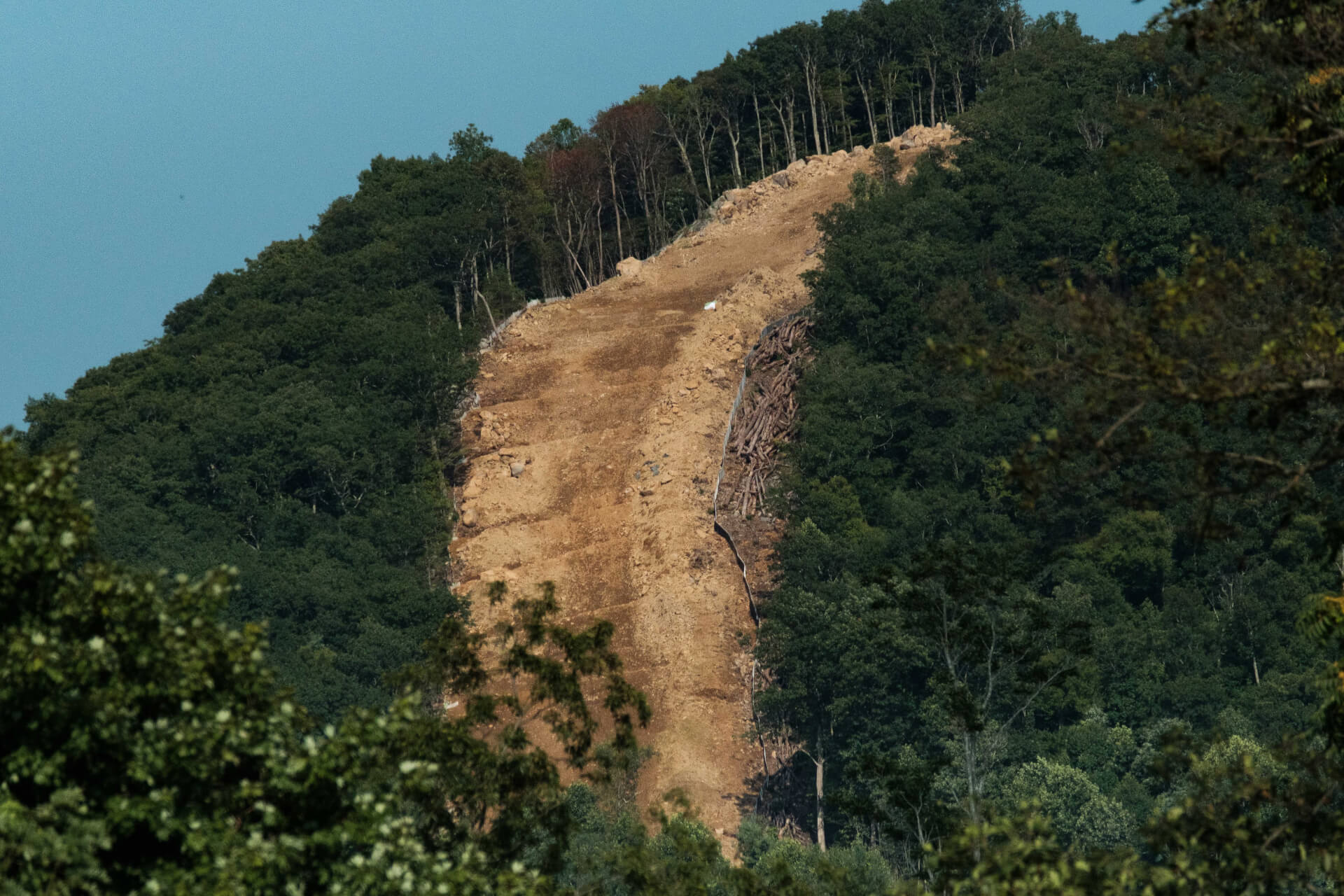 ROANOKE — Federal regulators have hit the brakes on a request to speed up construction of a portion of the Mountain Valley Pipeline, throwing another wrench into the problematic project.

On Tuesday, the Federal Energy Regulatory Commission deadlocked 2-2 on Mountain Valley’s request to bore under streams and wetlands along the pipeline’s first 77 miles in West Virginia.

After running into legal problems with a permitting process that would have allowed digging trenches through water bodies, the company asked FERC to authorize an alternative method of drilling a tunnel below some of the streams and wetlands through which the pipe would pass.

Approval by the commission would have enabled Mountain Valley to put the first 77 miles of the pipeline into service while work on the remaining 226 miles — including a stretch through the New River and Roanoke valleys — is slowed by legal attacks from environmental groups.

But at FERC’s virtual meeting Tuesday, an order approving the boring request failed to get a majority vote. With the panel split 2-2, and the fifth commissioner abstaining from voting, the matter essentially died unresolved.

“MVP is in a holding pattern, and there’s no clear end in sight,” she said.

The council and other environmental groups had objected to Mountain Valley’s request to bore under the 69 water bodies that lie between the pipeline’s origin in northern West Virginia and the point where it will connect with another pipeline.

Natalie Cox, a spokeswoman for the joint venture of five energy companies building the pipeline, said the tie vote means that FERC could revisit the stream-crossing issue in the future.

However, the regulatory landscape for natural gas pipelines will likely change under the administration of President-elect Joe Biden, who is expected to be less supportive of the industry than President Donald Trump.

FERC usually meets on the third Thursday of every month, but the January meeting was moved up to Tuesday — one day before Biden was to be sworn in. A spokesperson for the agency said the change was made to accommodate a schedule that included Monday’s Martin Luther King Jr. holiday and Wednesday’s closing of federal offices for the inauguration.

The Mountain Valley proposal was listed as a consent item on the agenda, which generally indicates it was expected to pass.

“It is exceptionally rare for an order to be put up for a vote and fail,” Giannetti said.

The head of the presidentially appointed commission is responsible for putting items on the agenda, she said, and it’s possible Republican chair James Danly did not realize Mountain Valley lacked majority support.

While FERC’s membership is not expected to change immediately under Biden’s watch, the chair will likely switch from Danly to one of the two Democrats on the commission. That in turn could make things more difficult for Mountain Valley down the road.

One of many things that remained unknown Tuesday was the role of Mark Christie, the newest member of FERC, who did not cast a vote on the company’s request. Christie, a former member of the Virginia State Corporation Commission, was sworn in to FERC earlier this month.

Mary O’Driscoll, a spokeswoman for the agency, said Christie felt that Mountain Valley’s proposal could relate to his 17 years with the SCC. “Christie may explore such issues in these proceedings in the future,” O’Driscoll wrote in an email.

Pipeline opponents expressed surprise at Tuesday’s non-decision by FERC, which they say generally acts as a rubber-stamp to applications from Mountain Valley and other pipeline companies.

“While the commissioners could possibly revisit this decision later, for now, they have prevented an unjustified attempt to skirt environmental regulations,” said David Sligh, conservation director of Wild Virginia.

In comments at Tuesday’s virtual meeting, Commissioner Richard Glick — who in the past has been the lone vote against many Mountain Valley proposals — objected to FERC’s “piecemeal approach” of allowing construction to move forward while the company lacks all of its required permits.

Glick noted that the meeting marked the first time since August 2018 that all five members of FERC were seated. Allison Clements, who became a member last month, joined him in voting against Mountain Valley.

Since work on the pipeline began in 2018, three sets of federal permits have been set aside by the courts. Environmental organizations have repeatedly filed complaints about uncontrolled erosion and other harms caused by burying the pipeline along steep mountain slopes.

While the permits have since been reissued, the 4th U.S. Circuit Court of Appeals on Nov. 9 stayed Mountain Valley’s latest approval, issued by the Army Corps of Engineers, to cross streams and wetlands.

That in turn led the company to request FERC approval to bore under streams, a crossing method that does not require approval by the Army Corps. Previously, FERC has approved individual requests for boring, including under the Roanoke River in Montgomery County.

In a separate decision last week, the U.S. Bureau of Land Management granted a right of way for the pipeline to pass through the Jefferson National Forest — as expected after approval several days earlier by the Forest Service.

Despite the latest setback, Mountain Valley still plans to have the $6 billion project completed by the end of the year, Cox said.

But with the stream crossing issue still unresolved, and other legal battles brewing, opponents say there is still a chance of stopping the pipeline.

“Finally, FERC may actually be changing to work for the citizens of the US and not for the energy corporations,” Maury Johnson said in a statement from the anti-pipeline group Protect Our Water, Heritage, Rights. “We can only hope this holds and we see a whole new era at FERC.”