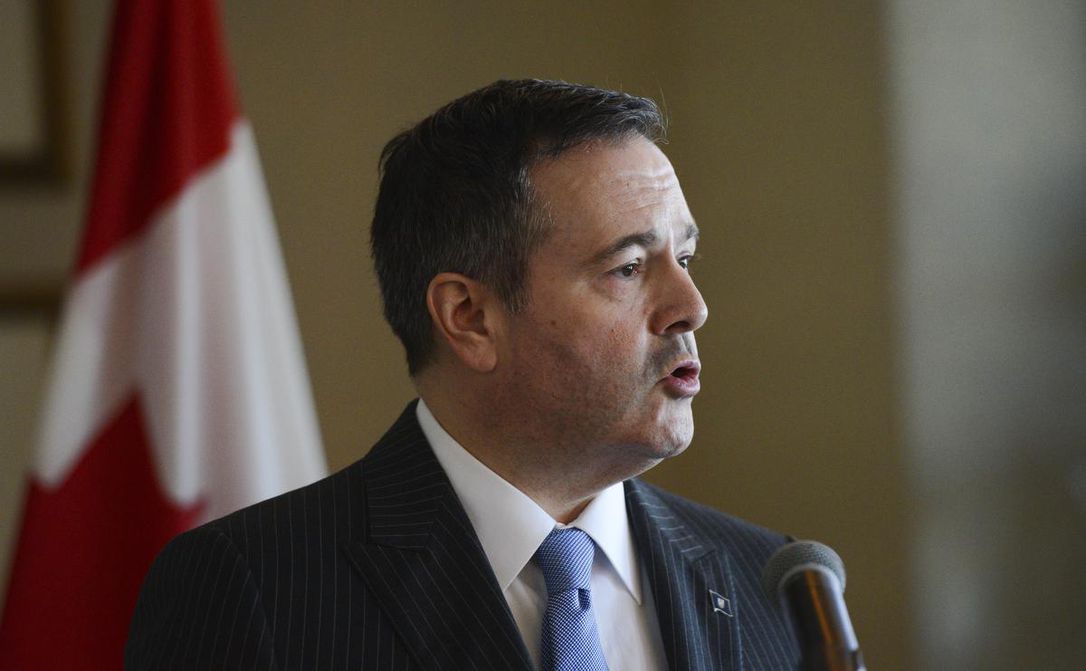 Jason Kenney Wants To Fight The U.S. — And If Ottawa Won’t Help, He’ll Fight It, Too

Alberta Premier Jason Kenney wants to rumble with both the U.S. and Ottawa after President Joe Biden cancelled the Keystone XL project, but critics say he’s picking fights he’s likely to lose — and at a potential cost to his province and to national unity.

On Wednesday, Kenney called Biden’s day-one decision to cancel the pipeline expansion a “gut punch” and an “insult” to Canada before suggesting that, if Biden doesn’t change his mind, the federal government should impose trade sanctions.

But Greg McLean, the Conservative critic for natural resources and an Alberta MP, says sanctions “aren’t the first option” he would go with.

“We’ve got a precarious relationship with the U.S. on trade, especially with a Biden administration coming in,” McLean said in an interview Thursday. “There’s going to be a lot of back and forth on ‘Buy American’ policies that the government really has to protect Canadian trade on.”

Amarjeet Sohi, a former Liberal MP and natural resource minister, said retaliation through sanctions wouldn’t have the desired effect and could end up hurting Alberta, given that the U.S. is the biggest market for its energy industry.

“Who will be hurt more?” Sohi said. “I want to see this project move forward, but what are the chances?”

The Prime Minister’s Office wouldn’t comment on whether sanctions were on the table ahead of an expected phone call between Justin Trudeau and Biden on Friday.

But Kenney had another card to play, shifting the onus onto the federal government and calling on Trudeau to advocate more effectively on behalf of the energy industry.

If Trudeau’s government doesn’t fight for the Keystone project hard enough, it will “force us to go further in our fight for a fair deal in the federation,” Kenney told reporters on Wednesday.

His government is already considering strategies for getting a “fair deal” that include setting up an Alberta police force to replace the RCMP, pulling out of the Canada Pension Plan, and implementing a provincial constitution.

Kenney has also pledged to hold a referendum on federal equalization payments this year.

Political observers have questioned whether Kenney is trying to court would-be separatists with such initiatives, given that polling often finds around 20 per cent of Albertans have separatist sentiments.

Lori Williams, a policy studies professor at Mount Royal University in Calgary, said the renewed pledge to fight for a “fair deal” could be political posturing by the premier to contend with a mobilizing separatist movement on the Prairies.

“He’s clearly trying to protect the right flank of the party,” she said, noting that there’s been internal strife within Kenney’s United Conservative Party as well.

Kenney’s popularity has suffered during the COVID-19 pandemic. MLAs in his party have voiced their displeasure after he was criticized for the implementation of COVID-19 restrictions, and he faced a wave of condemnation after elected officials took overseas holidays during the pandemic.

Meanwhile, politicians on the right have been mobilizing both provincially and federally in the Wildrose Independence Party and the Maverick Party. Those parties could siphon support away from Kenney, as well as from the Conservative party.

The loss of another pipeline project certainly won’t help, given that Kenney ran on a platform that focused on getting pipelines built.

“The next provincial election may not have Jason Kenney as the leader of the conservatives,” said Williams.

“He may be under pressure from within his caucus because they don’t know that he can lead them to a successful election.”

Lisa Young, a political science professor at the University of Calgary, said the posturing against Ottawa provides a distraction from the fact that Kenney’s government boldly invested $1.5 billion in the Keystone XL project that, along with thousands of jobs, appears now to be lost.

Kenney has noted that, when former U.S. president Donald Trump campaigned on ripping up NAFTA and imposing steel and aluminum tariffs, Ottawa had fought back. But when it comes to Alberta’s economic interests? Not so much, Kenney says. He’s “trying to turn this into a regionalism issue,” Young said.

“The dilemma that Jason Kenney has found himself in, almost from the first day as premier, is that he has mobilization on his right,” said Young.

“He knows that the only way that the Conservative party doesn’t win in Alberta is when there’s a split on the right.”