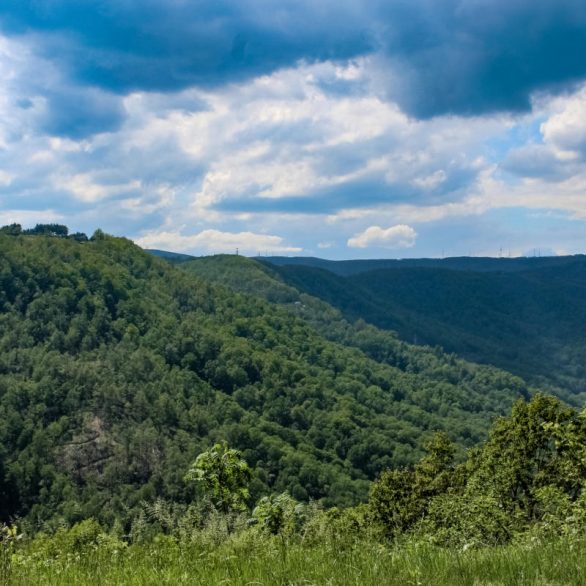 A judge said Friday that she lacks authority to grant an injunction to stop the blasting of bedrock on Bent Mountain for a natural gas pipeline.

Noting that the property owner had already sought action from the Federal Energy Regulatory Commission, U.S. District Judge Elizabeth Dillon said her court is not the proper jurisdiction to resolve the latest dispute over the Mountain Valley Pipeline.

Dillon stressed that her ruling was not based on the merits of a request from John Coles Terry III, who maintains that drilling and blasting to clear a trench for the massive pipeline threatens to contaminate his well water and that of others in the Roanoke County community.

However, there appeared to be no evidence that drinking water had been impacted.

The Virginia Department of Environmental Quality said its investigation of numerous complaints has so far found no water pollution, while casting doubt on assertions that drilling 15-foot holes for explosives had penetrated the aquifer.

“Our inspectors have been on scene and have looked into citizens’ concerns,” DEQ Director David Paylor said in a statement. “If we find evidence related to these complaints and any related water supply impacts, we will absolutely take every step necessary to prevent harm to the aquifer.”

While foes of the pipeline have long made “false claims to inflame public opposition,” Todd Normane wrote in the letter, the most recent actions “mark a new and dangerous low.”

It is not unusual to encounter ground water while drilling relatively shallow holes in which to place explosives, but that does not impact the much deeper aquifer from which wells draw their water, Mountain Valley contends.

After Friday’s hearing, Terry said he has found no discoloration, foul smell or sediment in his well water since blasting began early in the week. However, he said Mountain Valley had yet to reach the portion of his land where construction is most likely to impact his water.

Terry also said that more time is needed for a scientific evaluation of his well water, which would include a comparison to samples that were taken before blasting began.

His attorney, Joe Sherman, sought an injunction that would prohibit blasting for 14 days to allow FERC more time to consider a separate request similar to the one he was making of Dillon.

“I think it’s in the public interest that the regulatory process play out,” he said.

Mountain Valley countered that FERC and other regulatory agencies had already considered the same concerns raised by pipeline opponents and found that they had no merit.

“A technical degree is not necessary to understand the commonsense conclusion that trench excavation does not present a material risk to the drinking water supply of the Bent Mountain community,” Normane’s letter stated.

“If digging (and subsequently filling) a shallow hole in Bent Mountain’s ‘perched aquifer’ permanently ‘destroys’ it, it has been destroyed many times over,” he wrote, noting the many wells, basements, septic systems and swimming pools in the area.

In his letter to FERC, Normane also wrote of the “extraordinarily unsafe conditions” that opponents created with a social media campaign encouraging people to show up on Terry’s land to witness Mountain Valley’s alleged misdeeds.

That placed people close to live explosives and put both them and construction crews at risk, Normane wrote. Some of the protesters were smoking cigarettes at the time, his letter stated.

In a separate matter Friday, FERC released an environmental assessment of Mountain Valley’s proposal to cross some streams and wetlands by boring, rather than using a trench-digging method that was twice rejected by a federal court after environmental groups filed legal challenges.

The 100-plus page document found that boring “would result in less direct impacts on a number of resources” than a so-called open-cut crossing, which entails temporarily damming a stream in order to dig a trench along the exposed bottom.

While Mountain Valley stills plans to use that method for some stream crossings, it is asking FERC to allow about 120 trenchless crossings in Virginia and West Virginia.

Construction of the pipeline began in early 2018 and is continuing this summer, after numerous delays, on areas that don’t involve crossing streams and wetlands. Final action on permits for water bodies is not expected until next year.

David Sligh, conservation director for Wild Virginia, said that the public comment period for the environmental assessment just closed 10 days ago, and that FERC did not have time to conduct a thorough review.

“It seems that, once again, the FERC staff is pushing this process forward at a breakneck speed to serve MVP’s timeline,” he said, “and not doing the job it is required to do.”