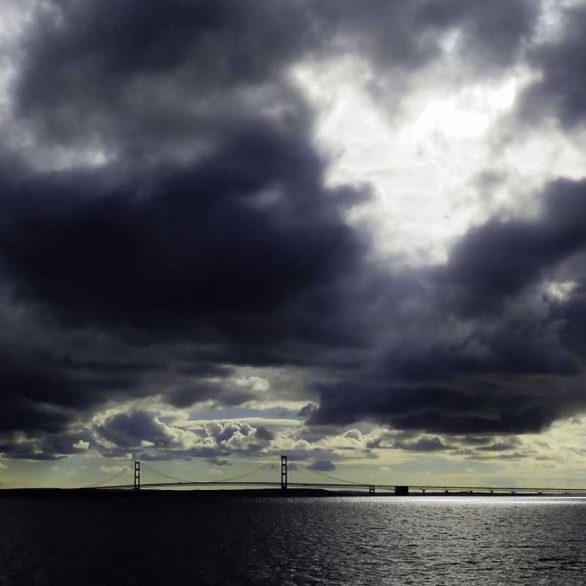 A federal judge will retain jurisdiction over Attorney General Dana Nessel’s lawsuit to shut down the Enbridge Line 5 oil pipeline.

It’s the latest blow to Nessel in a more than three-year-long legal battle to shut down the pipeline — an effort Nessel’s office felt it was more likely to win by keeping the case in state court.

Thursday’s decision comes after years of legal arguments in Ingham County Circuit Court over Nessel’s lawsuit, filed in 2019. The suit argues that Canadian energy giant Enbridge is operating Line 5 in the straits in violation of Michigan’s public trust doctrine and that the pipeline must be shuttered.

Nessel previously voluntarily dismissed a separate shutdown lawsuit after Enbridge successfully removed that case to federal court, where the state’s key arguments in favor of a shutdown may hold less sway.

In that case, Nessel had sued Enbridge in state court in support of Gov. Gretchen Whitmer’s November 2020 Line 5 shutdown order but quickly dropped the suit after Enbridge successfully removed the case to federal court.

Enbridge has continued to operate Line 5 in the Straits of Mackinac despite the shutdown order, arguing that the state has no authority to order the pipeline closed over concerns it poses an unacceptable risk of an oil spill in the Straits. The company has also sued the state over the order.

Following its first successful removal to federal court, Enbridge made the same maneuver in the 2019 case last December, arguing the pipeline’s regulation is fundamentally a federal matter best left up to the federal Pipeline and Hazardous Materials Safety Administration.

Nessel then sought to return the suit to state court, arguing that Enbridge missed a key deadline to shift the case out of Ingham County.

Instead, U.S. District Judge Janet Neff’s 13-page opinion on Thursday chided state lawyers for attempting to “perpetuate a forum battle” with a case that is extremely similar to the previous case Neff had already retained in federal court.

“This Court has already said important federal interests determine federal jurisdiction and a federal forum” in the pipeline dispute, Neff wrote, adding it would be “absurd” for the judge to make the opposite decision pertaining to Thursday’s case.

It was unclear Thursday afternoon how Nessel’s office would respond to the decision. But regardless of whether Nessel opts to appeal the ruling, proceed in federal court or drop the suit, the decision is a setback for Nessel and the governor, who both made shutting down Line 5 a key policy goal.

The pipeline debate has been deeply partisan, and Michigan’s Western District federal court where Neff is seated is packed with Republican appointees, while the state Supreme Court has a narrow majority of Democratic appointees.

Nessel’s office did not immediately respond to a request for comment Thursday afternoon.

Enbridge cheered the ruling, while environmental groups expressed disappointment that it could force costly relitigation of points already covered during the suit’s years in state court.

Enbridge spokesperson Ryan Duffy hailed the decision as recognition that the state’s shutdown campaign “raises important federal questions,” such as how a shutdown could affect interstate commerce and a federal pipeline treaty with Canada. He said it also recognizes the question of whether Michigan’s shutdown order defies the “exclusive federal jurisdiction over pipeline safety.”

“We remain committed to continuing to operate Line 5 safely as we move forward with the Great Lakes Tunnel Project,” Duffy said. That’s a reference to Enbridge’s plan to dig a tunnel beneath the bottom of the straits to house the twin pipelines, a change the company said would better protect the pipeline from damage.

Environmentalists, in contrast, warned that removal to federal court will delay a resolution to the pipeline dispute by forcing deliberations to start from square one, and could set a bad precedent that allows defendants in state court to ignore statutory timelines to request that a case be removed to federal court.

“This gives defendants nearly unfettered discretion to seek refuge in federal court when things are not going their way in state court,” said Zach Welcker, Legal Director of FLOW (For Love of Water), in a statement.

“We are looking forward to this case being heard on the merits,” Shriberg said.