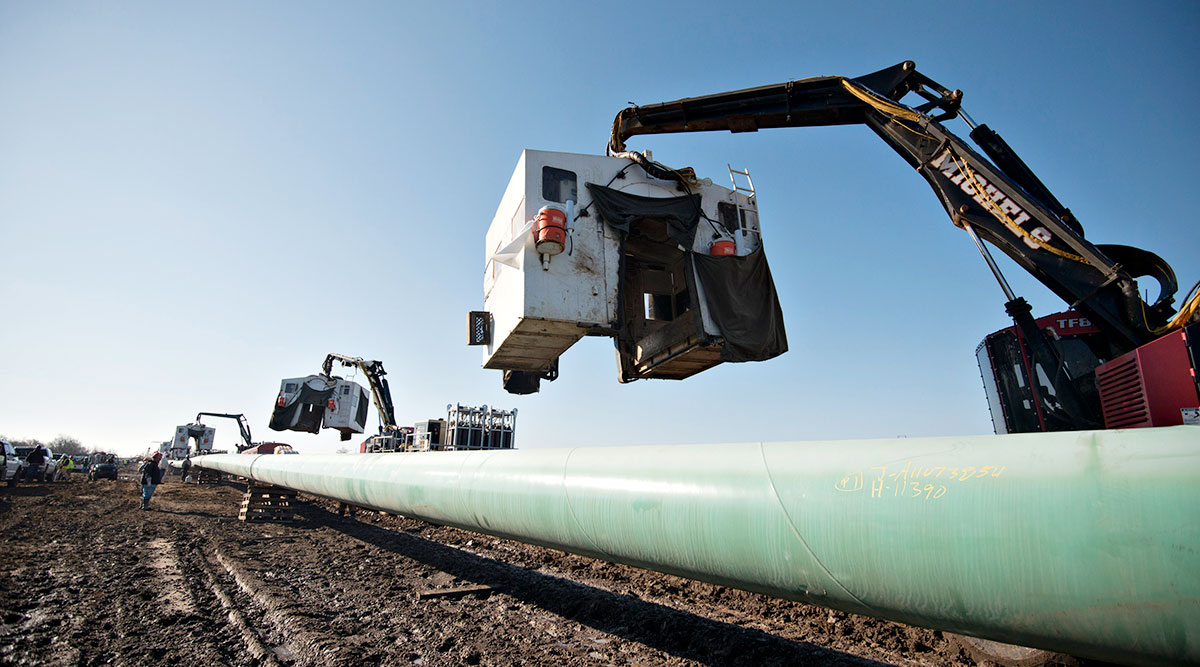 The Canadian province that invested $1.1 billion of taxpayers’ money in the controversial Keystone XL project is now considering the sale of pipe and materials to try to recoup some funds.

“If the project ends, there would be assets that could be sold, such as enormous quantities of pipe,” Alberta Premier Jason Kenney said in a press conference Monday. “That would offset construction costs.”

With Joe Biden set to be sworn in this week, the U.S. president-elect’s campaign promise to cancel the crude pipeline’s license is haunting the Canadian oil sands industry. The decision may come via executive action on his first day in office, CBC News reported on Sunday, citing people it didn’t identify.

Meanwhile, the government of Justin Trudeau vowed to defend the project.

Jason Kenney and Justin Trudeau meet in Ottawa, in May 2019.

Alberta, home to the world’s third-largest crude reserves, has struggled for years with a lack of pipeline capacity to ship its crude to the U.S. Gulf Coast and other markets. TC Energy Corp.’s Keystone XL was one of the possible pipelines the industry was counting on to solve that.

In March, Kenney’s government agreed to fund the first year of construction with a $1.1 billion investment and to guarantee $4.2 billion of loans as a way to jump-start construction.

The province and TC Energy have a “solid legal basis” to recoup damages through the courts, Kenney also said.

Canadian Energy Minister Seamus O’Regan said the federal government continues to support Keystone XL and will make the case for the project to the Biden administration.

“Canadian oil is produced under strong environmental and climate policy frameworks, and this project will not only strengthen the vital Canada-U.S. energy relationship, but create thousands of good jobs for workers on both sides of the border,” said O’Regan in an email.

Kenney stressed that the federal government had said the pipeline is the “the top priority” of Canada’s relationship with the U.S.

“Sit down and review the many facts that have changed since KXL was proposed a decade ago,” Kenney said, citing reduced carbon emissions from the oil sands, labor agreements and an indigenous stake in the pipeline.

More than a decade old, the Keystone XL project was first rejected by former-President Barack Obama due to concern about climate change, but his successor Donald Trump issued a new permit when he took office.

The Canadian Association of Petroleum Producers said that canceling the project would kill thousands of jobs and offered to work with stakeholders to find a solution to complete the pipeline.