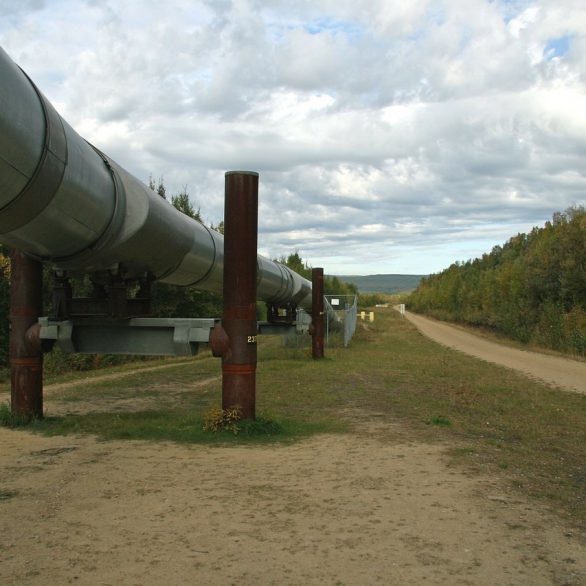 BILLINGS, Mont. (AP) — Environmentalists asked a federal judge on Monday to cancel approvals issued by the U.S. Army Corps of Engineers for the Keystone XL oil pipeline from Canada, opening another front in the legal fight over a long-delayed energy project that President Donald Trump has tried to push through to completion.

Attorneys for the Northern Plains Resource Council, Sierra Club and other groups filed the latest lawsuit against the $8 billion tar sands pipeline in Montana, where they’ve previously won favorable rulings in related cases.

First proposed in 2008, Keystone XL was rejected by President Barack Obama but revived under Trump. An appeals court last month lifted an injunction that had blocked construction.

That came after Trump issued a new permit for the project, in a bid to nullify a legal challenge that had been based on a previous permit from his administration.

A separate lawsuit challenging the president’s actions on the permit is pending in federal court. Monday’s lawsuit gives pipeline opponents another avenue to delay or stop it should Trump’s permit be upheld.

Both cases are assigned to Judge Brian Morris in Great Falls — the same judge who issued the injunction recently overturned by the 9th U.S. Circuit Court of Appeals.

The environmentalists claim the Army Corps did not examine the potential for oil spills and other environmental damages when it approved plans submitted by pipeline developer TC Energy. The line would cross hundreds of waterways along a 1,184-mile path from Canada to Nebraska.

Almost all the crossings fall under an Army Corps program that gives blanket approval to individual pieces of a bigger project without considering the potential cumulative impacts, according to the lawsuit. That means no analysis was done of the possibility that the line would break and cause an oil spill or of its potential contributions to climate change, the lawsuit says.

The U.S. Army Corps public affairs office said in response to queries from The Associated Press that it was not commenting because the matter is under litigation.

Montana Gov. Steve Bullock on Monday criticized the Trump administration for approving the pipeline without consulting more with the Native Americans whose land it would pass through, but he said he is open to supporting the project itself.

“I’ve said from the beginning that, look, if it’s done right we can’t take it off the table,” Bullock said during an online meeting about climate change held from the Montana Capitol.

TC Energy, until recently known as TransCanada, said prior to the injunction being lifted that it was too late in the construction season to begin work on the line this year. The company did not immediately respond to a request for comment.

In yet another attempt to thwart the project, the environmental groups behind Monday’s lawsuit also filed notice that they intend to sue Trump over the pipeline’s potential harm to imperiled species. They say building the line would kill birds such as the whooping crane and piping plover and an endangered fish, the pallid sturgeon.