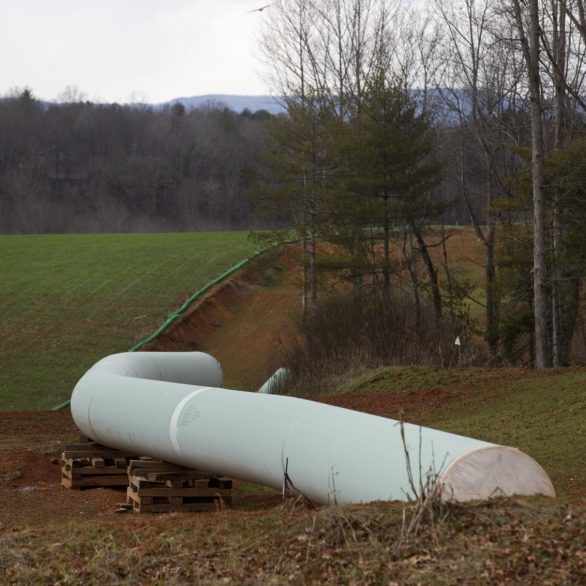 A long-suspended permit for the Mountain Valley Pipeline to cross streams and wetlands could remain on hold even longer as the result of a decision by a federal judge in Montana.

Last week, U.S. District Judge Brian Morris vacated a so-called Nationwide Permit 12 issued by the U.S. Army Corps of Engineers for the Keystone XL pipeline. Opponents had said the Corps did not properly evaluate the harm to endangered species from the 1,210-mile pipeline that will transport crude oil from Canada to Nebraska.

The ruling prevents other pipelines, including Mountain Valley, from obtaining a similar permit until systemic problems are addressed, according to an attorney involved in the case and others.

“This is definitely a game-changer to some degree for the pipelines,” said Jared Margolis, a senior attorney with the Center for Biological Diversity, which joined the Northern Plains Resource Council and other groups in bringing the suit.

“Right now, unless the ruling is modified, it does have a nationwide sweeping effect,” said Larry Liebesman, a senior adviser with Dawson & Associates, a Washington, D.C.-based water resources consulting firm.

In October 2018, three similar permits for Mountain Valley to cross more than 1,000 streams and wetlands along its path through West Virginia and Virginia were set aside by a ruling from the 4th U.S. Circuit Court of Appeals.

Although the appellate court cited different grounds — that the Corps bypassed a requirement that major river crossings in West Virginia be completed within 72 hours — Mountain Valley would still be barred from regaining its permit under the Montana case, Margolis said.

Mountain Valley has applied for a new permit from the Corps in hopes of resuming construction later this spring on the often-delayed and increasingly expensive $5.5 billion natural gas pipeline.

“We are evaluating any potential impact to the MVP project from this federal court decision and, in doing so, continue to target MVP’s late 2020 in-service date,” MVP spokeswoman Natalie Cox wrote in an email.

A spokesman for the Corps also said in an email that the agency was studying the ruling. “We have no further information at this time,” Chuck Minsker wrote.

Height Capital Markets, an investment banking firm that has been following the project, said in a report issued Monday that both Mountain Valley and the Atlantic Coast Pipeline would be impacted.

Barring a successful appeal, Mountain Valley could be forced to push back its goal of having the pipeline completed by the end of this year, the report stated.

In vacating the Keystone permit and others like it, Morris ordered the Corps to complete a consultation process for the Nationwide Permit 12, a general authorization that is used when a project’s environmental impact is not expected to be substantial. Only after that is done could the permits be reissued.

“That could take a good number of months,” Liebesman said. “It’s not something that could be done easily.”

Morris found that building the Keystone pipeline could jeopardize at least two endangered species, the pallid sturgeon and the American burying beetle. “There exists ‘resounding evidence’ from experts and the Corps that the discharges authorized by NWP 12 may affect listed species and critical habitat,” he wrote in a 25-page opinion released Wednesday.

A separate legal challenge filed last year by Wild Virginia and other environmental groups claims that burying the Mountain Valley Pipeline across steep slopes and through streams could harm federally protected fish — the Roanoke logperch and candy darter — and the Indiana and northern long-eared bats.

After the suit was filed, the U.S. Fish and Wildlife Service and the Federal Energy Regulatory Commission agreed to reconsider an authorization in 2017 that found no significant harm.

A new biological opinion is expected by April 27, after which the Corps was expected to determine whether Mountain Valley should get new permission to bury its 42-inch diameter pipe under streams and wetlands. It was unclear Monday if that process will move forward.

Margolis estimated that about a dozen pipelines would be affected by Morris’ ruling. The Nationwide Permit 12 also covers other projects that cross water bodies, such as utility lines, water mains and broadband cable.

Those projects are critical to the country’s infrastructure, according to the North America’s Building Trades Unions, the American Petroleum Institute and the Interstate Natural Gas Association of America.

“The decision creates tremendous uncertainty in an already uncertain time, and could lead to lengthy delays,” the groups said in a statement.

It’s likely the Justice Department will file a motion to reduce the scope of Morris’ ruling and appeal the decision, according to the Height report.

The ruling was applauded by critics of Mountain Valley, which has been cited by environmental regulators in Virginia and West Virginia for repeatedly violating erosion and sedimentation control measures during the past two years of construction. Work is largely on hold now while the company seeks new permits.

Mountain Valley “should have never been covered by this broad-brush general permit,” said David Sligh, conservation director of Wild Virginia.

“The Corps should now go back and do its job on MVP properly.”