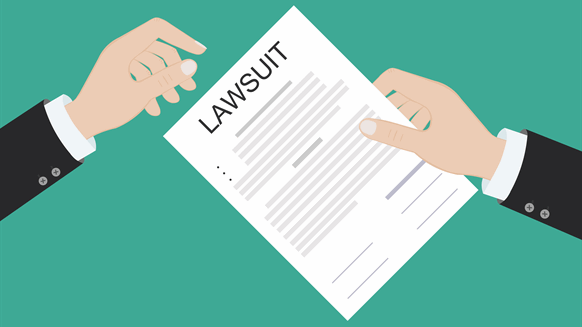 Various conservation groups filed a lawsuit late last week challenging FERC’s approval of the Jordan Cove LNG export terminal and Pacific Connector fracked gas pipeline. FERC’s approval of Jordan Cove back in March hinged on the project qualifying for key permits from the state of Oregon and three of those permits have been denied or withdrawn.

The project is supposed to feature a liquefied natural gas export terminal in Coos County, Oregon, and a pipeline for the transportation of natural gas sourced from the United States and Canada.

The 36-inch diameter pipeline is designed to transport gas approximately 229 miles from interconnections with the Ruby Pipeline and the Gas Transmission Northwest Pipeline near Malin, Oregon, to the LNG Terminal in Coos County. The pipeline will cross  40 miles of BLM-managed lands, approximately 30.58 miles of Forest Service managed lands in the Umpqua, Rogue River-Siskiyou, and Fremont-Winema National Forests, and approximately 0.31 mile of lands managed by the Bureau of Reclamation, according to the project website.

The conservation groups’ lawsuit, filed in the U.S. Court of Appeals for the D.C. Circuit, challenges FERC’s approval of the project under the National Environmental Policy Act and Natural Gas Act. The groups argue FERC failed to consider critical information about the proposed facility and that it is not in the public interest.