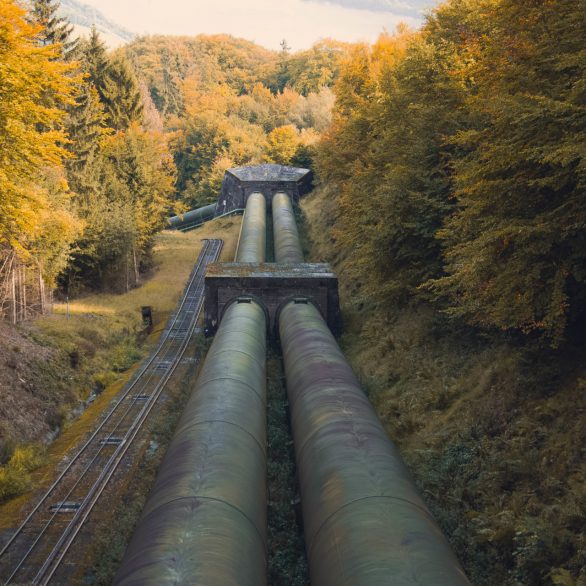 Two environmental groups filed a federal lawsuit Monday to stop a proposed underground natural gas pipeline from Idaho to Wyoming, saying it would harm protected grizzly bears and other wildlife.

The Alliance for the Wild Rockies and Yellowstone to Uintas Connection filed the lawsuit against the U.S. Forest Service.

The groups contend that Forest Service approval of the Crow Creek Pipeline Project in November violated the Endangered Species Act. The groups also said the Forest Service violated its own requirements involving sage grouse contained in its 2015 Forest Plan.

Wyoming-based Lower Valley Energy wants to build the pipeline that would start near Montpelier, Idaho, and run to Afton, Wyoming. The company on its website says it has some 5,000 natural gas customers in Afton. The company has been trucking natural gas to the town, but officials say delivery has been unreliable and the town has nearly run out several times

The environmental groups said an 18-mile (29-kilometer) portion of the 50-mile (80-kilometer) pipeline would cut a corridor through Caribou-Targhee National Forest and create a road through six roadless areas.

The 2001 Roadless Rule prevents road construction and timber harvest in designated roadless areas, which are typically 5,000 acres (2,000 hectares) or larger.

“There are exactly zero benefits to public lands or wildlife from this project,” said Mike Garrity, executive director of the Alliance for the Wild Rockies.

Along with affecting grizzly bears, the groups said the pipeline could also harm Ute Ladies’ tresses orchid and yellow-billed cuckoo, which are also on the endangered species list. The groups also say lynx and wolverine, which are candidates for listing, could be in the area.

About 26 miles (40 -kilometer) of the pipeline crosses private land and about 4 miles (6 kilometers) crosses state land.