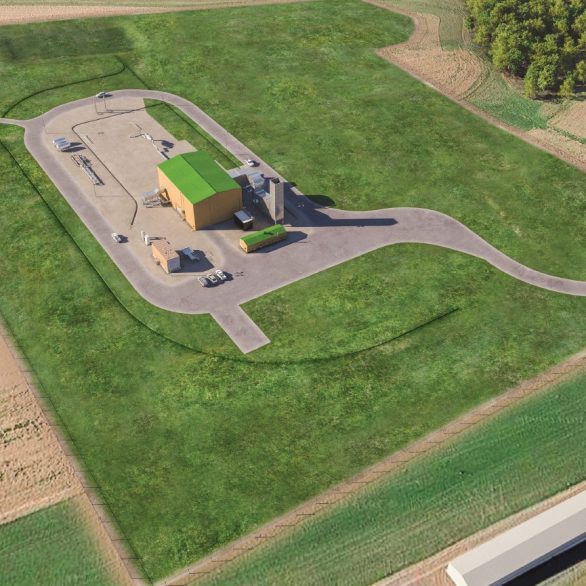 Leidy South and Another Critical Pipeline Project Approved by FERC

There are critical pipeline projects being approved by FERC and two important to the Northeast just got the nod; the Leidy South project and the FM100.

The purpose of the Leidy South Project is “to connect robust supplies of natural gas in the Marcellus and Utica producing regions in Pennsylvania with markets along the Atlantic Seaboard by the 2021-2022 winter heating season.”

In addition to the Leidy project, FERC approved a second pipeline project in the same notice: National Fuel Gas Company’s (NFG) FM100 Project in northwestern Pennsylvania will beef up and extend an existing pipeline network to flow an extra 330 million cubic feet per day (MMcf/d) of Marcellus gas to the Transco. 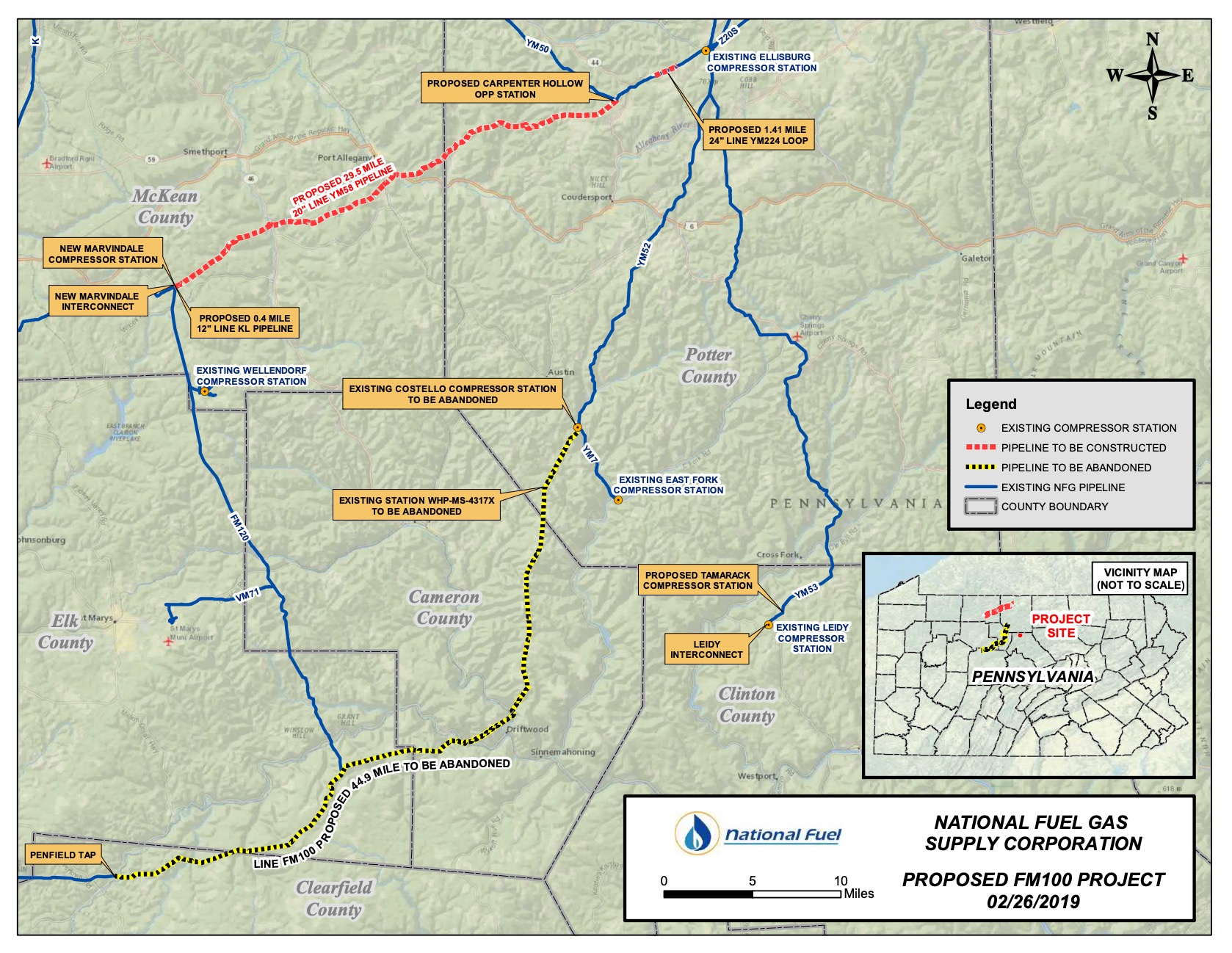 The FM100 Project will build 31 miles of new pipeline, abandon 45 miles of old pipeline, build a new compressor station and other bits and bobs for Line FM100–work that will be done in Cameron, Clearfield, Elk, McKean, Potter, and Clinton counties. One year ago the PA Dept. of Environmental Protection issued a federal water permit for FM100.

Below is a press release from Williams about the Leidy South Project. So far NFG has not issued an announcement to trumpet FM100 (they should).

Williams (NYSE: WMB) received approval from the Federal Energy Regulatory Commission to move forward with its Leidy South Project that will create 582,400 Dth/d of additional pipeline capacity and provide enough natural gas to serve the equivalent of more than 2.5 million homes and further enable power plants to convert from coal to cleaner-burning natural gas. The project will connect abundant supplies of natural gas produced by Cabot Oil & Gas Corp. and Seneca Resources Company, LLC in the Marcellus and Utica regions of Pennsylvania with demand markets along the Atlantic Seaboard by the 2021-2022 winter heating season. UGI Utilities Inc. is a local distribution company that will be using its capacity to directly serve its customers in northeast Pennsylvania.

“As the United States switches to clean power to energize our electric grids, Williams is excited and proud to be the backbone that connects the best supplies of dry gas with our country’s largest demand centers,” said Alan Armstrong, president and chief executive officer of Williams. “This project represents one of many opportunities to further reduce greenhouse gas emissions with right here, right now available solutions as coal-fired electric generation plants are replaced with natural gas units to reliably balance the intermittency of new renewable resources. In fact, there remain more than 80 coal plants in the states Transco serves that can potentially be displaced by clean, efficient and affordable natural gas.”

By maximizing the use of the existing Transco transmission corridor and expanding existing facilities in Pennsylvania, the Leidy South Project will substantially reduce the amount of new infrastructure and land use required to meet these needs – minimizing community and environmental impact and allowing residential, commercial and power generation customers to efficiently access natural gas supplies on the Transco system. In addition, the construction of the project’s two greenfield compressor facilities is estimated to generate $100 million in economic activity within Pennsylvania, supporting 680 jobs with estimated payroll of $28 million, and produce $1.3 million in state tax revenue, according to third-party researchers.

With the growing urgency to transition to a low-carbon fuel future, Williams and its natural gas-focused strategy provide a practical and immediate path to reduce industry emissions, support the viability of renewables and grow a clean energy economy. Natural gas is a flexible, lower-emission fuel compared to other hydrocarbons such as coal or heating oil. And, because the U.S. has an abundant supply of natural gas, using this local, cleaner resource has significantly reduced U.S. emissions. As one of the nation’s largest gatherers, processors and transporters of natural gas, Williams plays a critical role in bringing this clean and affordable resource to electric generation, industry and homes, resulting in cleaner air.

Here is the FERC approval for both the Leidy South Project and FM100 projects, issued Friday. As is typical, FERC Commissioner Richard “Dick” Glick objected to approving the projects–because he’s a radicalized liberal Democrat who opposes every single new pipeline project, period. Glick needs to be removed from office.